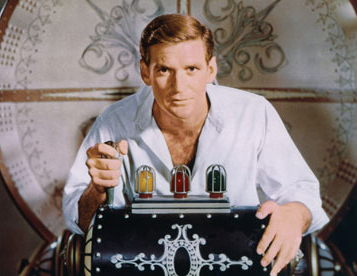 Everyone has their favorite genre of books that they like to read. Some people love books about adventure while others want romance or murder/ mystery novels. There is no wrong answer to the question, “what is your favorite type of book?”. There is, however, some genres of books that are more important, interesting, and educational than others. Science fiction books fall into this category. While sci-fi books may seem like pure fantasy – and some of them are – there are actually a lot of sci-fi books that foreshadow innovation and technology of the future. This makes these books more than just a good read, it makes them an important one. Here is why everyone should read sci-fi books.

When you read a sci-fi book today about a dystopian future, a post-apocalyptic world, or one where people have colonized Mars, it may seem far-fetched. So too may the technology in the book. Even in 2020, where we seemed to be incredibly technologically advanced, things like jetpack transporters, computer chips implanted in our heads, or robot warfare still seem like figments of the author’s imagination. The fact is though, science fiction has always included technology that seemed unattainable at the time but that would become gadgets that we take for granted today.

The famous author H.G. Wells has created hundreds of futuristic gadgets over the years in his sci-fi books. While we may not yet have a working time machine, he did imagine modern-day voicemail back in his 1923 book, Men Like Gods. 30 years later, Ray Bradbury wrote about “thimble radios” in his classic book, Fahrenheit 451. This tech is very similar to the Apple earbuds that would come almost 50 years later. In 1968, John Brunner described a future of streaming TV service in Stand on Zanzibar, and Neal Stephenson imagined a world with online roleplaying games and avatars in 1992’s Snow Crash.

This last book illustrates a perfect example of why everyone should read sci-fi books. Stephenson did more than just image a technology that would ultimately come to fruition, he actively inspired creators to produce this technology in real life. In Snow Crash, Stephenson writes of an online “metaverse” where players control avatars of themselves. This world is very similar to the massively multiplayer online games (MMO) that we know today. The book would help inspire real-life online worlds that we know today such as Second Life and Active Worlds.

History of Innovation in the US

Dreaming big dreams and creating things that seem impossible are part of the DNA of the United States. The lightbulb, the telephone, the automobile, the airplane, and the computer are all things that have been brought to life by American innovation. In the last half-century, the U.S. has supercharged innovation and created more sci-fi-type gadgets than we could have ever dreamed of.

In 2007, Apple released the first-ever iPhone. This phone/ entertainment device/ supercomputer would go on to become what Apple CEO Tim Cook would call, “one of the most important, world-changing and successful products in history.” Just a few years before, at eth turn of the century, the mere concept of the iPhone was something that seemed ridiculous to most. Now, the iPhone or other smartphone is an indefensible part of our lives. This technology, that was foretold in several sci-fi works such as Arthur C. Clarke’s 2001: A Space Odyssey, Return from the Stars by Stanislaw Lem, and even TV’s Star Trek are why the genre is so important.

The Next 10 Years of Innovation

With the way innovation, invention, and technology are trending in 2020, it is more important than ever to read science fiction books. An argument can be made that the next decade will see even more innovation and more powerful technologies developed than the last 10 years and the decades that preceded that. As tech entrepreneur Peter Diamandis told The Guardian earlier this year, “In the next 10 years, we’ll reinvent every industry”.

The innovation and reinvention that is happening now have the chance to shape the world in bigger ways than ever before. And, a lot of the concepts that will drive this innovation come from technology. Things like AI and machine learning are revolutionizing the healthcare industry and creating robot doctors just like in Orson Scott Card’s sci-fi series, Ender’s Game. Energy is now coming from the sun as many sci-fi stories have predicted. Many of these stories can be found in the 2011 sci-fi compilation book, The Weight of Light. Electric cars that are coming into popularity this decade was predicted in 1910 in Tom Swift and His Electric Runabout and biomedical technology that creates movable prosthetic limbs are straight out of Martin Caidin’s Cyborg.

What could be next beyond the sci-fi inspired innovation that is already in motion in 2020? How about genetic modification that helps cure disease? Or, technologically advanced exoskeletons that help save human life in war? Who knows, maybe someone even figures out a flying car from a cyberpunk sci-fi novel or finally takes H.G. Wells’ time machine and makes it a reality.

If science fiction has taught us anything, it is that anything is possible. When you read sci-fi works of the past, you will be amazed at how many things these authors have gotten right about the future of innovation and technology. And, when you read sci-fi works from today, it is easy to see how some of what they envision could actually come true as soon as by the end of the decade.

Everyone should read sci-fi books because everyone should be part of dreaming up the future. The futuristic technology in these books could help you become an early adopter of the next big tech gadget or even inspire you to help in its creation. If you are ready to dive into the world of sci-fi books and see what was predicted and what may come in the future, this Cool Things Chicago list of the 22 Best Science Fiction Books of All-Time is a great place to start.