Way back in 1933, Alfred Mosher Butts had the brilliant idea to create an early version of the game we now know as Scrabble. Fast forward to today, and Scrabble continues to challenge and entertain millions of people around the world. Scrabble was the first board game to combine the best aspects of language and strategy, but its booming success and popularity have opened the door for various other word games to follow. But winning at word games isn’t as easy as you may think. This is why we’ve compiled a list of the best hacks that can help any player improve their score and ultimately win at word games.

Use Anagram Solvers and Word Finders

Some players consider this an illegal way to cheat at the game, but it is actually one of the most effective ways to build your vocabulary and win at any word game. If you are sick and tired of losing every time you play word games, online or off, consider using a tool to help you effortlessly unscramble the highest-scoring words from the tiles you have at hand. Unlike the limited Scrabble dictionaries and word lists, these tools can comb through millions of possible letter combinations using automated robots or word generators, giving you the best words that even the most skilled players can’t come up with on their own.

Be on the Lookout for Hooks

Any single letter that you can add to the beginning or end of an existing word to make an entirely new one is called a hook. For example, a “b” can turn “Lush” into “blush”, a “g” can turn “host” into “ghost”, a “t” can turn “come” into “comet”, and so on. Using hooks not only allows you to get extra points off of your old words, but they also allow you to piggyback off of your opponent’s words. The most common hooks are “s”, “e”, “y”, “d”, and “r”, so be especially aware of words that could include them.

Keep an Eye on the AEILNRST Letter Combination

These 8 letters are some of the most commonly used letters in the English alphabet. If you are having trouble memorizing them, remember the anagram “starline”. Although in Scrabble you can only have 7 letters on your rack, having a couple of these letters at hand will help you greatly if you’re having a tough time coming up with words. If you don’t pick any of these letters, try to save as many vowels as you can and at least one consonant such as “ph”, “sh”, etc.

As Scrabble pros know, the letter “q” is one of the highest-scoring tiles, but it is also one of the hardest to use because a “q” is almost always accompanied with a “u” and Scrabble only contains 4 “u” tiles which will likely be used in other words by the time you want to use your “q” tiles. This is why it’s important to memorize the “q-without-u” words. It can be hard finding “q-without-u” words so if you’re having trouble, look them up at the official Scrabble Dictionary, it lists 17 of them.

Use the Letters J, X, and Z Correctly

One of the worst mistakes you can make in a word game is not using your high-scoring letters wisely. Besides the letter “q”, the most commonly used letters; “j”, “x”, and “z” are another great way to earn more points and up your score. Plus, if you use them in the bonus spaces such as double word or triple letter spaces, you can rack up double or possibly even triple-digit points in a single round. Even if you don’t get a high-scoring word, using these spaces will cut off your opponent and prevent them from increasing their score.

As they say, less is more and sometimes in word games, this proverb holds true. It’s hard to pull 2 and 3-letter words off, but memorizing a few of them can be the last strike that brings your opponent down, especially if you use them in the bonus spaces. If you play them properly, 2 and 3-letter words can boost your score by up to 50 points. 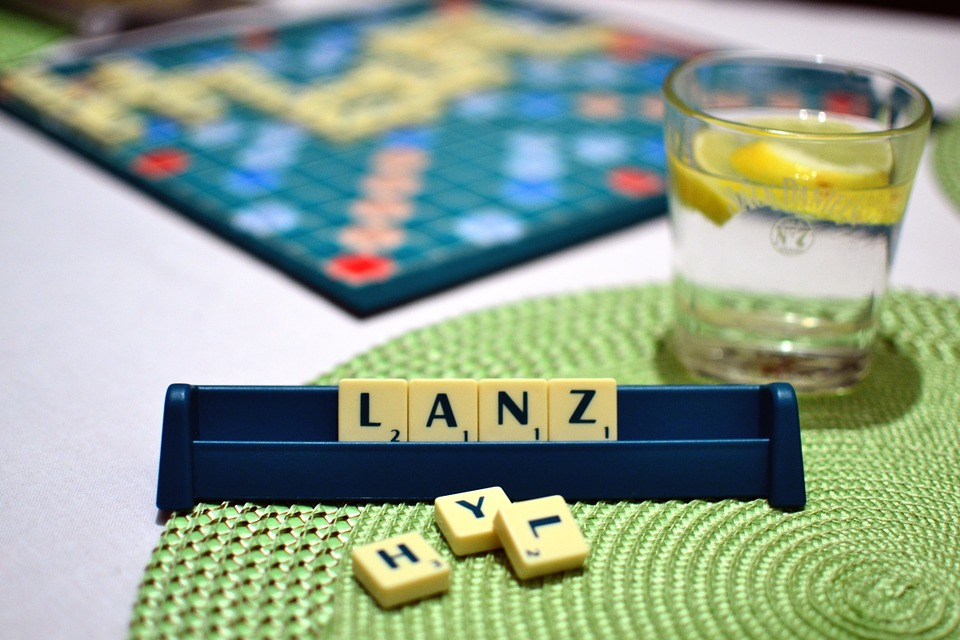 That’s it! You should now be well on your way to conquer any game and claim your title as the word game master. So go ahead and schedule that game night because you’ll want to put these word game hacks into action right away. Regardless of your skill level, the aforementioned tips and tricks will have your scores skyrocketing in no time.

The rise of eSports in the betting industry