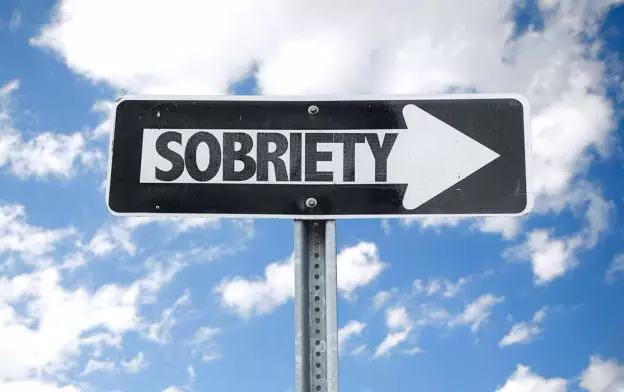 As far as I can remember, my parents have always been alcoholics. My mom started drinking when she met dad. Then they started drinking together. In this marriage full of drunk parties, I was born. I have rarely lived with my father and mother – when I was little, they gave me to my mother’s ex-husband, who was like a true father to me. I called him uncle. I grew up with him and his daughter – they always took care and helped.

In early childhood, my parents were in our flat drinking all the time. I always wanted to leave, but I was too small to understand how to live alone. Well, at least I did not know where to go. I had to call my uncle and ask him to pick me up. In these apartments, it was just scary to stay — a bunch of inadequate people who have lost their human appearance fighting and shouting. I remember when my mother’s acquaintance lost control of himself and began to beat her. It was terrible, but I was too young to help her somehow. Sometimes they even hit me, and it was mostly my father who did it.

When I grew up, I went to school. I have never been the best pupil in class, but I did not skip lessons and studied, just like everyone else. I began to see my parents less often. But when I did, they were always drunk.

When I was eleven, my peers started drinking. In our circle, this generally became the main hobby: to meet and buy a jar of alcohol. Then they offered me to try an alcoholic cocktail, and I agreed. That day I got drunk for the first time in my life. While drinking, I lost consciousness, then somehow ended up at home. Both this and the next day I felt so bad that after that I decided: I will never drink again.

For a while, I kept my word, even though friends in the company continued to drink. They also offered me, but I persistently refused. But in a while, I began to think: “Well, if I drink a little, it will not be so bad.” And I allowed myself alcohol – when everyone around you drinks, it can be challenging to abstain. So that is how I returned to the cocktails. At first, I usually took a few sips, but every day I drank more and more. At some point, it became a habit. I am ashamed to say that when I was thirteen, I became an alcoholic.

After the first cocktail, I felt good. After the second, I got drunk. And after the third, I already felt terrible, so, as a rule, I limited myself to one or two. No wonder I started having problems. I didn’t give a damn about everything: I began to skip school, did not do anything at home. I went out all the time to my friends. I lied to my sister and uncle: I asked for money for breakfast at school and bought alcohol. Every evening I came home drunk. Drinking, in general, became my only interest. I had a bunch of friends and acquaintances with whom I drank regularly. It seemed to me that in the whole world, they are the only ones who understand me.

At the same time, I realized that life needed to be changed somehow, that I was going the wrong way, and that if this continued, I would end badly – just like my parents did. I wanted to get out of these instant alcolic thoughts, but I did not have enough willpower to make it.

My sister tried to help me somehow, to pull me out. She invited me to theaters, museums, and exhibitions so that I could get carried away with something, but all this made me sad. I enjoyed hanging out with friends and skipping school. In general, my sister and my interests diverged significantly. Although sometimes she managed to switch my attention to something, I was missing for a short while.

I was very addicted then. Without a daily can of cocktail, I felt how some psychosis began. I was very attracted to alcohol, and every morning, I was tormented by obsessive thoughts that today I must drink. It seemed to me that without a drink, the day would be lived in vain.

My uncle was angry with me and continuously scolded me – he was worried about me too because he loved me as his daughter. He intimidated me with the fact that if I did not stop drinking, he would send me to the village. There at that moment, mom and dad were drinking, and, of course, I didn’t want to go there at all. But, despite the threats of my uncle, I continued to drink. And at such a pace, I quickly slipped to the point that I got into the teens’ prison because I have beat the girl.

But even this did not stop me from continuing to drink and degrade. After a year after that case, it became clear that little had changed in my life, and it was decided to send me to any of those specialized free rehab centers. I did not resist. Already on the way there, something inside me suggested that this was the right place. And, barely finding myself in the free drug rehab, I realized that they would finally help me start a new life there.

With people within the free drug treatment program (both with workers and program participants) I developed good relations. The most striking thing was that no one condemned me. On the contrary, everyone understood my thoughts and feelings, and it was important for the center’s employees to listen to me, support me, and help me. But, despite this, sometimes I wanted to give up. Just drop everything and leave the free alcohol rehab. It seemed to me that I did not have to go through it to the end, that I could return home and no longer drink.

When such desires arose, I immediately shared my thoughts with others. I asked them to dissuade me by any means if only I would not leave. Because the illusions that I could give up alcohol on my own quickly dissipated – I realized that I was still too weak for this, that I could not live with dignity and that I just needed to go through to the end. And they also helped me to hold on to the feelings that I felt for many people who did everything for my recovery, who put their strength and soul into it. I sincerely fell in love with many of them. I did not want to betray them – I probably would not be able to live with it later.

Nevertheless, I made progress, grew, developed, found new interests. I got the willpower, the desire to achieve my goal, no matter what. I got a dream about going to medical college and studied diligently at the center of a general education program.

Don’t Be Afraid To Get Creative With Your Business Startup

Background Checking to Go Through Life