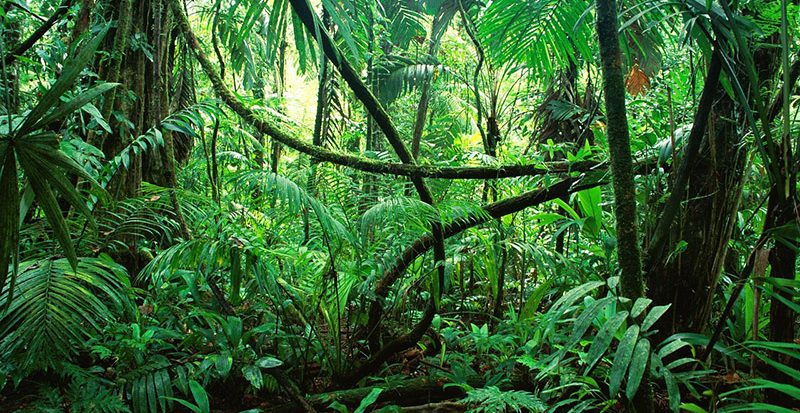 If the latest marketing statistics are to be believed, there are now almost 3.5 billion social media users in the world. That equates to about 45 percent of the earth’s population. There has never been any forum like it for reaching out to a wide audience, and its influence grows with every passing year.

For such an awe-inspiringly powerful tool, it is incredible that are so few rules of engagement. Sure, if you post an obscene image or you start harassing, bullying or abusing other users, you will face consequences. But beyond that sort of extreme activity, social media platforms are essentially a free for all.

It’s hardly surprising, then, that they can also be a hotbed for arguments, misunderstandings and general unpleasantness from time to time. Social media is about more than just Facebook, Twitter and the like. Increasingly, there are social aspects to other shared platforms, from gaming sites to coworking spaces. Here, we share a few basic guidelines that will help you survive in the social media jungle.

Here’s the thing about social media platforms: Your comments, pictures, hashtags and all the rest can be seen by more people than you might think – and if you post something you later regret, it’s not always a simple matter of deleting it and it’s gone forever.

If someone takes a screenshot, it can come back to haunt you and there’s effectively nothing you can do about it – as some high profile celebrities have discovered to their cost. In other cases, it might be that the damage is already done, and your ill-advised remark or bad-taste quip has set wheels in motion that are impossible to undo by merely hitting delete. Just take a look at the cautionary tale of these people who lost their jobs because they posted without thinking.

Here’s a simple rule of thumb. Is your post something that you would be comfortable to say to a room full of people, including your mother, your work colleagues and a selection of complete strangers? Similarly, would you be comfortable to show them all that picture you are about to share if you were sitting in their living room? If the answer is anything other than “yes,” then rethink before it is too late.

Social gaming has become a phenomenon in its own right. It’s a fabulous way to spend some time with friends and family in the virtual world, especially those who live a long distance away. It’s also a platform on which you might find yourself up against a complete stranger, especially if you are a fan of eSports, online pool halls or even virtual casino sites.

Some people take their gaming more seriously than others, and if you are highly competitive by nature, then it’s natural that emotions can run high. Sitting at home communicating through your smartphone, it can be easy to forget that there is a real person reading your comments in the chat box, and that is where the trouble can start.

Let’s look at an example. If you were playing blackjack in a real-world casino, you know you would be expected to follow some basic rules of casino etiquette. You wouldn’t touch the cards, you’d play by the rules and you most certainly wouldn’t start mouthing off and swearing at the young lady dealing the cards if things didn’t go your way. At a live online casino, there are no physical cards to touch, but the dealer is every bit as real as you are. She can see every word you are typing, and from that perspective, it is no different to sitting across the gaming table. Always remember that, and you will avoid causing embarrassment or offence to another human being who is only doing her job.

Social media can be a great place for exchanging views and seeing the different perspectives of a cross section of people. But it’s easy for that exchange to turn into a war of words. The problem with text-based communication is that it does not contain the visual and audible clues that accompany a face-to-face conversation. It’s much harder to tell if someone is joking, or teasing you in a light-hearted way, meaning that misunderstandings are commonplace.

If you decide to post on a topic that could be contentious, be ready for the comments from those who disagree. Perhaps the most important thing here is to remember it is about sharing your opinion, not trying to change the opinions of others. That is something you are very unlikely to achieve in a comments thread on Facebook, so don’t even try.

In some respects, this follows on from the above. If someone has said something that you find hurtful, try to avoid diving in at the deep end. Chances are, one of two things has happened. The first possibility is that they’ve committed that first cardinal error we mentioned and written something without fully engaging their brain. The other possibility is that it was an attempt at humor that would have worked if they had been standing next to you and just said it. Either way, don’t be hard on them. It’s the sort of thing that any of us can do from time to time.

Also, keep in mind that not everyone is sitting monitoring their social media feeds all the time. So if they’ve not liked, retweeted or commented on your post, it’s really not a big deal.

Don’t let it rule your life

Yes, we’ve all seen the statistics about smartphone penetration, and most of us feel like we’ve lost a limb if we are separated from our handset for too long. However, the most important part of social media etiquette is to know when to leave it alone. If you are in a real-world social setting, don’t be that person who is more interested in his or her phone than the immediate company. Put it on silent and leave it in your pocket, the social media world will manage quite well without you for a couple of hours.

Don’t Be Afraid To Get Creative With Your Business Startup