Earlier this month Netflix bestowed upon us the third season of their original series GLOW, an ensemble story about the ’80s, professional women’s wrestling, families made and found, and making art anywhere one can. It’s also a love letter to performance and the way it intertwines with work and life.

Performance – acting, pretend, make-believe and all variations both professional and casual – so often becomes a way to discover personal truths or to try new identities and expression that drama therapy is a widely practiced and well-respected psychological treatment. On a less official level, performance is a tool people instinctively and constantly use in their day-to-day lives. We present the best versions of ourselves on dates and at job interviews. Making polite small talk at social events is a performance of banality, but a performance nonetheless.

Taking a darker view, performance can be an act of assimilation or a way to keep aspects of personal identity hidden, for safety or comfort. A woman may turn up the friendliness when catcalled or unexpectedly hit on, acting flattered to keep things light and breezy. She might say she’s already coupled up, whether true or not, to end the exchange. A person of color may code-switch at their mostly white office in order to counteract perceived stereotypes during business or even conversational interactions. A queer person might feel the need to play straight around conservative or non-accepting family members. 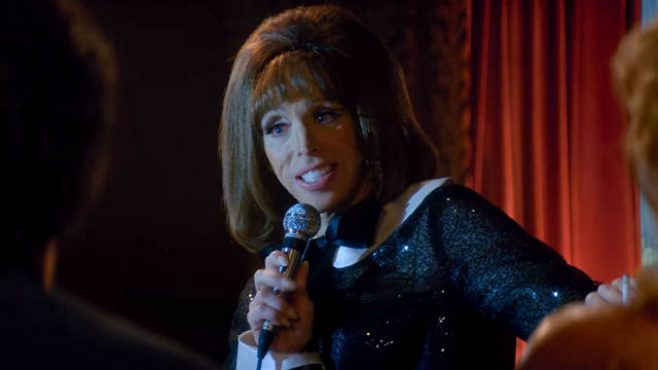 GLOW makes no bones about being a show about performers and performance. The two central characters are downtrodden showbiz types – an actor struggling to catch her break and a washed-up writer/director – and over the course of the show’s three seasons we’ve come to know the rest of the Gorgeous Ladies of Wrestling, including a stay-at-home mom who always wanted to perform, the youngest and most overlooked sibling in a wrestling dynasty, a professional stuntwoman, a rich and handsome investor with designs on producing and even a woman who lives 24/7 as a she-wolf.

The third season’s relocation to Las Vegas allows for even more amped up performance opportunities as our heroines settle into their residency at the Fan-Tan Hotel & Casino. One could argue everyone in Las Vegas is playing some kind of role – even the tourists indulge in the bombast, presenting themselves as high-rolling gamblers, ramblers, swingers and sirens. As for professional entertainers, Season Three introduces some gems, including a retired showgirl who manages the entertainment at the hotel and a drag queen who can’t seem to break out of the Fan-Tan’s smallest room despite regularly selling out the house and turning people away at the door.

Adding a bona fide drag queen to GLOW’s world of big hair, bright makeup and shiny lycra is a stroke of genius that’s as obvious as it is unexpected, and Kevin Cahoon as Bobby Barnes quickly establishes himself as the season’s breakout star. Likely based off of real-life Las Vegas drag impresario Kenny Kerr, Bobby Barnes serves spot-on impressions of Joan Rivers, Barbara Streisand and Liza Minnelli over the course of the season’s run. It’s his interactions with Sheila the She-Wolf, however, that provide the true heart of GLOW’s latest outing.

On their night off, the ladies of GLOW stop in to see Bobby’s show. He almost immediately clocks them for the lovable misfits they are and quickly descends from stage to do some crowd work. After reading both Debbie and Ruth, GLOW’s two lead actresses, to filth, Bobby (as Barbara Streisand) moves on to Shelia, referring to her as “the most interesting person in the room.” Sheila’s initially defensive when Bobby begins bantering with her, shooting back a petulant “where are YOU from?” to his opener. Undeterred and sincere he stays with her, not only seeing but truly recognizing her:

“This is real, this is deep. How long have you been a wolf?”

“How long have you been Barbara Streisand,” she replies, still wary. 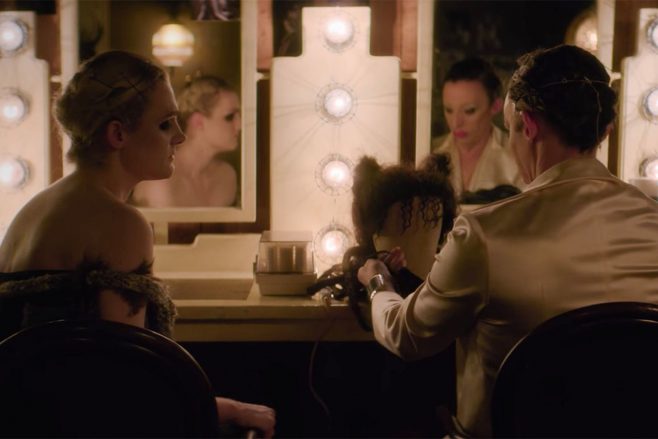 Sheila’s left breathless and on edge, an aggressive introvert thrust into a literal and figurative spotlight, unable to hide behind her furs and wild black wig. By the end of the episode, though, she’s backstage in Bobby’s dressing room, offering up a timid “Baltimore. That’s where I’m from,” as he offers his expertise in wig maintenance and she removes it for the first time in the entire series. She’s shockingly blonde underneath, and between her pale hair and skin she seems to almost glow with vulnerability.

So begins the nearly season-long arc of her mentorship with Bobby and transformation into an extremely capable performer in her own right, reaching her apex when she surprises the show’s audience and her fellow wrestlers by appearing in an improvised tag-team match as Liza Minnelli, slinking into the ring dressed in a red sequined mini dress and precariously clutching (but never dropping!) a martini glass. When she tries to pin her own wrestling partner and is hysterically called on it, she warbles a giddy “Oh! Sorry dollface, I’m plastered,” in Liza’s signature cadence. Later, she delivers a searing and somber monologue from Miss Julie during a variety show, an odd choice that nonetheless thrills the audience who erupts into wild applause a beat after she declares herself a slave to no man.

As Joan Rivers, Barbara Streisand and Liza Minelli, Bobby learned he was a singer, using their voices to discover his own talent. As the She-Wolf, Liza with a “Z” and Miss Julie, Sheila does the same. More profoundly, she also finds herself. In the words of Oscar Wilde, “Man is least himself when he talks in his own person. Give him a mask, and he will tell you the truth.”

The Glass Delusion: The Most Popular Madness of the Middle Ages