As I was finishing set up for my one night show, in a humid elevator on the first floor of Chicago’s Museum of Science and Industry, David Shimomura told me he was going to write a love letter to Bit Bash. I’ve tried before, I explained to him, but I don’t have the words.

This is me trying to find the words.

It starts a bit before August. Not long, but a bit.

In May of this year, I sent an errant tweet to Bit Bash, my favorite show (don’t tell any of the other shows, but there’s something so wonderful about Bit Bash – I suppose that’s why I’m writing this down) to ask them if they could help fund an event where we trashed guitars on stage. It was an ephemeral moment, the kind of thought you get when you’re at a too fancy cocktail bar eating off a charcuterie board because you don’t actually like the taste of liquor, and you have a moment of feeling brave as you stand poorly dressed in a gilded restroom. It was a tweet. They responded in under 20 minutes asking me for a cost estimate and once approved, I was on my way.

In retrospect this was a terrible idea. I didn’t have an idea except I wanted to smash guitars on stage, and I knew that if I was ever going to do this, it would have to be Bit Bash. I thought they would say no.

Instead they called my bluff. They gave me the budget. Two days before the show I would actually find out that they gave me the real kind of space, the over the top kind of space that you would never imagine having as a weird alternative games designer working out of their dining room in Kentucky – they gave me the stage of a 900 person auditorium at the Museum of Science and Industry in Chicago.

I didn’t have an idea except I wanted to smash guitars on stage, and I knew that if I was ever going to do this, it would have to be Bit Bash. I thought they would say no.

After spending months carving out the two month art show that I help curate every year in Lexington (this is an active shout out for the ongoing Rules and Play show) it was a month and a half out from Bit Bash. I had 1 guitar. I had no music. I had no game. I had no time (again, the art show was ongoing, but I was also showing at the Smithsonian American Art arcade show with the fine folks at Death by Audio). But what I did have was a partner who is incredible and a show that weirdly believed in me when no one should. To top all of this off I had an extreme desire to destroy some guitars.

But this post isn’t about sitting on your couch painting guitars instead of going out to friends parties, it’s about Bit Bash. Because it all comes back to them. It comes back to having a supportive place to actually create art, with helpful volunteers that actually help, and other alternative controls designers that will play your game knowing that it may physically fall apart at any second cause they get it. Because as a games designer, you get all of that at Bit Bash.

I tell people that Bit Bash is my hometown show. Not because I live in Chicago – I think the weather there may actually be out to murder me. I drive six hours every year to go to Bit Bash, first as a volunteer when I didn’t have a game to show, and then three times in a row as an exhibitor at their main show. I know that drive like the back of my hand, from the Pilot gas station we always stop at in Indiana, to the rolling fields of windmills and the sign that proclaims that Hell is Real. It isn’t because it’s close – it’s because everyone there feels like the kind of found family that you get in game development, where everytime I turn around there’s someone I know, even though I can’t always stop to talk because I have to run off backstage to set up some last minute guitars. Where everyone there is ready to help and is so incredibly supportive of all of your worst best ideas. You don’t get that at all the shows, the regular assurance that yes, you can destroy a bunch of guitars on a stage in the name of art, but also you’re doing great and we’re excited to have you and we love this big dumb idea. Cause let’s be honest, a rhythm game where you smash guitars? That’s a big dumb idea. And I can’t think of a single other show that would allow me to do it, let alone help pay for it and give me their largest stage on which to smash. 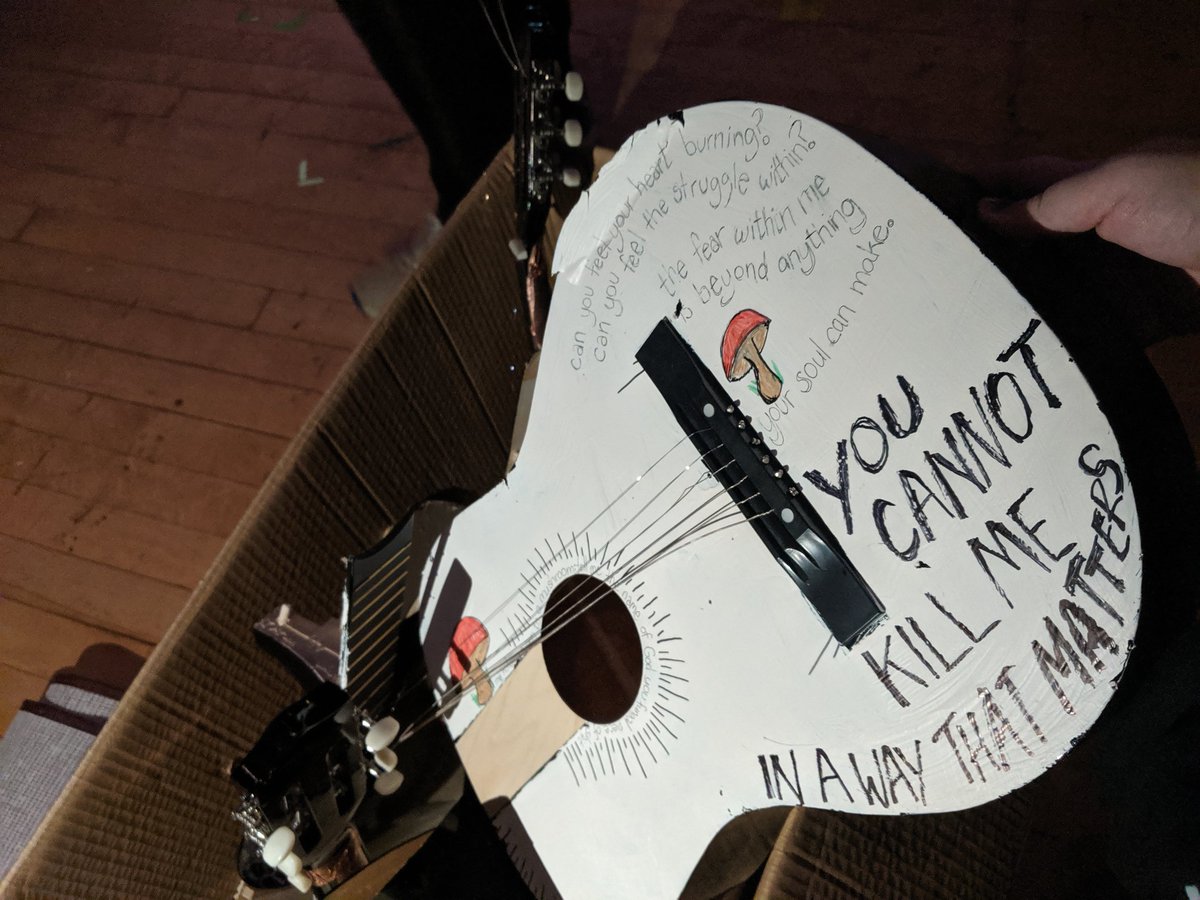 So this is my love letter to Bit Bash. This is my love letter to my favorite show, the one that makes me feel like coming home to a warm hug and a lot of good games. I’m writing this first chance I get, at my desk still gross from travel, because I can’t wait another moment, because I just want everyone who makes Bit Bash to know that I love them. That even as an emotionally distant introvert who can’t take compliments and looks scared at the thought of human interaction, that even as that, I still feel accepted and appreciated at Bit Bash. And that I will go back as long as they have me.

Musk Comes From the Butt – The History of Perfume