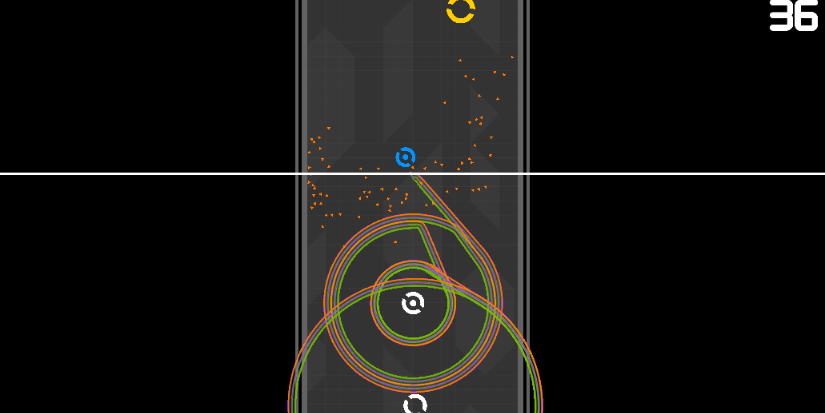 If you’re a game developer and you want to make a racing game, there are a few basic tenets you must follow. First, your game needs to have a sense of speed and momentum. Second, there needs to be a feeling of fairness to the mechanics and the artificial intelligence. That second part brings us to our third point: you’ll need to have opponents. Racing against nobody isn’t fun, or so goes the accepted wisdom. To create an excellent racing game, you need to be racing against someone.

Enter One More Line. This is a game of skill and endurance created by Australian developer SMG Studios, whose name you might recognize from games like One More Bounce and Super One More Jump. SMG specializes in highly addictive one-button games that test players’ reflexes and skills. They’re not narrative specialists, and they aren’t interested in massively complex game design. Rather, they take a single concept and hone it to perfection.

The best way to describe One More Line would be “a racing game without opponents”. You can play it on Poki right now if you’d like to experience it blind. Rather wonderfully, SMG Studios’ description of the game is as a “one-button space disco skill game”. That caps it off pretty succinctly. Those who are looking for something more conventional should perhaps check out SMG’s Fast & Furious tie-in Takedown. One More Line isn’t for the faint of heart; it’s for those with something to prove to themselves.

In One More Line, your goal is quite simple: to create “one more line”. To accomplish this, you’ll play as a sort of abstract jellyfish-style creature. Each game consists of a track along which are scattered several anchor points. It’s your job to latch your jellyfish onto these anchor points and launch yourself forward by using your momentum. By doing so, you’ll create an increasingly long line. Your line will end when you collide with the sides of the course. 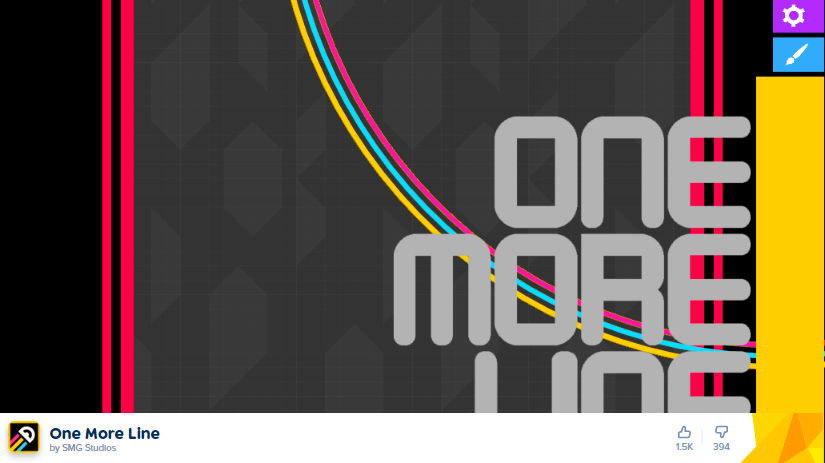 Sounds simple, yes? Indeed, One More Line is as simple in its execution as it is in its title. Everything about the game has this wonderful sense of abstract minimalism; from the visuals to the gameplay, One More Line is clearly primarily concerned with presenting itself unfettered by unnecessary extras. Hyper-casual games aren’t known for their complexity, but One More Line pares things down to their most basic level and allows us to become intimately acquainted with its raw gameplay.

That’s not to say the visuals aren’t beautiful in their own way. Every time you die in One More Line, you’re granted a bird’s-eye view of what your line looked like. Every loop you make and every time you launch yourself from an anchor point contributes to your overall line. The longer the line, the more beautiful (and probably messy) it will look. There’s a sense of ramshackle art to the game that makes each run uniquely beautiful and compelling just to look at.

Thankfully, One More Line also works brilliantly as an actual game. The entire experience is controlled using only one button. You can either use the space bar on your keyboard or your left mouse button to control One More Line. Clicking and holding the button – whichever one you choose – will anchor your jellyfish creature to each point. Letting go will launch the creature, and once you near the next point, you’ll need to click and hold again. Thus is the core gameplay loop of One More Line established. 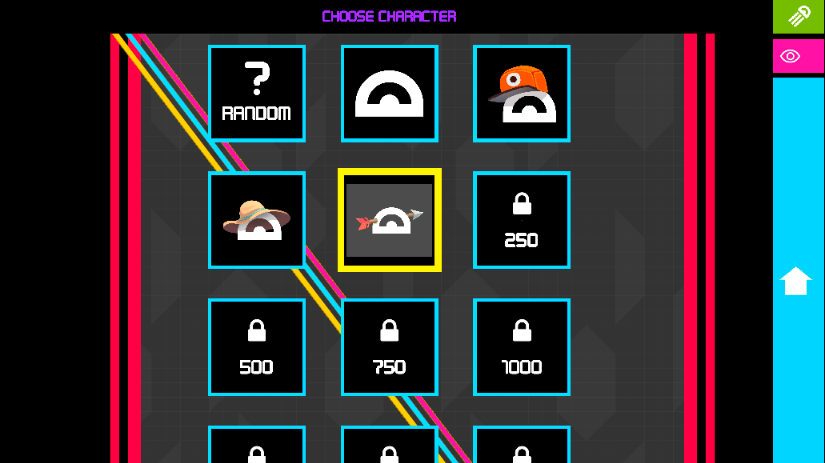 There’s more to it than that, of course. This is a delicate game of skill and reflexes, after all. Each point is positioned so that it’s entirely possible and sometimes even easy to mess up. If you click too early, you’ll be sweeping in a wide arc that isn’t helpful to generating momentum. If you’re a moment too late, you’ll fling yourself off in the wrong direction and probably immediately collide with the nearest wall. One More Line is a delicate balancing act, and you’re forever making sure you’re positioning yourself just right.

If there was a single word that could describe One More Line, it would be “synaesthesia”. Everything here goes together to create a kinetic sense of audiovisual media. The gameplay is simple enough that you can allow yourself to become distracted by the excellent visuals, but challenging enough that it never becomes boring or feels lacking. It’s not the most sophisticated game in the world, but it provides a significant test of your twitch reflexes that’ll appeal to the hardened gamer in you.

Rounding things off is a series of unlockable extras that become available organically as you make progress through the game. These take the form of extra aesthetic elements for your character, as well as the line they generate. They’re not particularly special – they won’t provide a reason for you to play the game alone – but they are a very nice way to break up the action and provide a bit of variation. You’ll never get bored playing One More Line, but the extra hats and lines ensure that boredom is nigh-on impossible.

If you’re looking for a game to test your skills, One More Line will do nicely. It’s not a deep or emotionally enriching experience, but it doesn’t purport to be. One More Line will keep you coming back with its addictive design and gorgeous visuals. Kick back, throw on a podcast (although the music here is great too) and kill a few hours with this aesthetic treat. 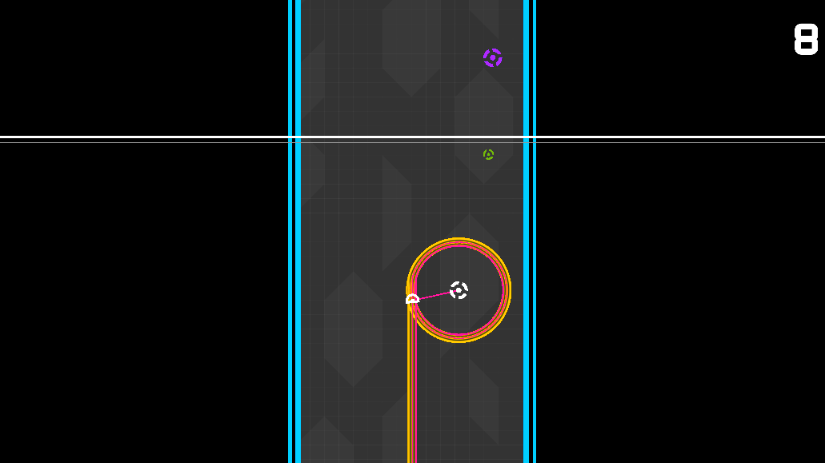 The World Next Door Is a Nice Enough Neighbor