What does a horror game look like? We’ve all got images in our heads: skeletons, bats, vampires, the usual. A horror game is a definable entity, and those of us who love our video games know what we expect when we hear the term. Where, though, are the fun little horror experiences for those who don’t want something quite so full-on? Resident Evil, Silent Hill, and games like them cater for horror aficionados, but where are the cutesy horror romps?

Good thing Argentinian developer Dedalord is around because its latest game Running Fred is a pretty compelling answer to that question. Running Fred has a horror theme, but it’s not taking itself seriously. Those who want something cartoony but don’t want to compromise on the icky imagery should check out this game as soon as possible. Of course, there’s also lots of excellent gameplay to be had here too, but the presentation deserves some love for succeeding where many games have failed.

Visually and aesthetically, Running Fred puts us quite clearly in mind of PS1 hack-and-slash MediEvil. If you’ve never played it, MediEvil was a hack and slash game set in the fictional kingdom of Gallowmere. Its protagonist, Dan Fortesque, was a suitably gross-looking skeleton on a quest to prevent Gallowmere from being invaded. Fortesque is useless cannon fodder who must nevertheless rise to power and become a hero. 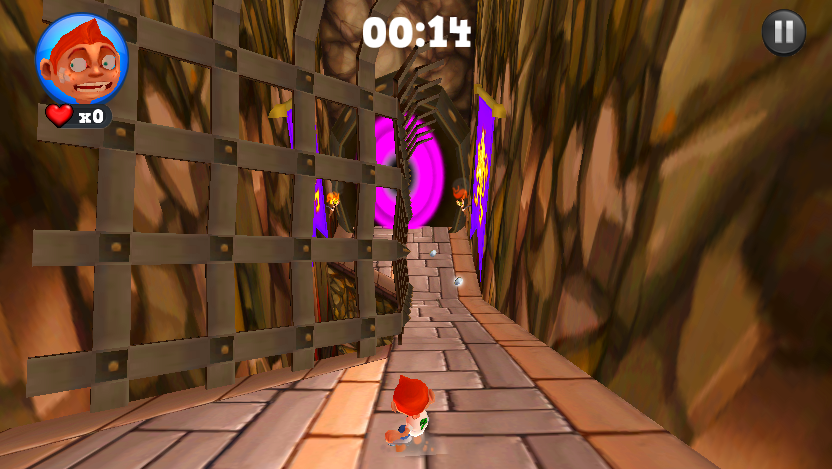 In that respect, he’s not dissimilar to Dedalord’s Fred. In Running Fred, our hapless hero finds himself on the wrong side of Death. The Reaper comes for us all, but Fred isn’t having any of it and decides to run instead of facing the call. You, the player, must help Fred flee from “Grimmy” (there’s that cutesy horror aesthetic at play), all the while looting his castles and caves for as much treasure as you can and avoiding his horrible death traps.

Gameplay-wise, Running Fred adheres pretty closely to the rules of the endless runner genre. The action takes place from a third-person perspective, with players controlling Fred from behind. Unlike many endless runners, Grimmy is invisible; Fred can’t really draw the Reaper’s ire unless he falls foul of one of the many swinging death traps in Grimmy’s castle. In this way, the gameplay is simultaneously more sedate and more challenging than many of its fellows.

Let’s back up a bit and explain mechanics. Fred moves on his own, as is typical for endless runners. Players have control only over Fred’s left and right alignment, as well as being able to jump using the Space key. Rather unusually for endless runners, the action isn’t limited to a grid; instead, Fred moves freely across the X-axis, meaning you’re free to dodge traps with more precision than the usual endless runner would grant you. 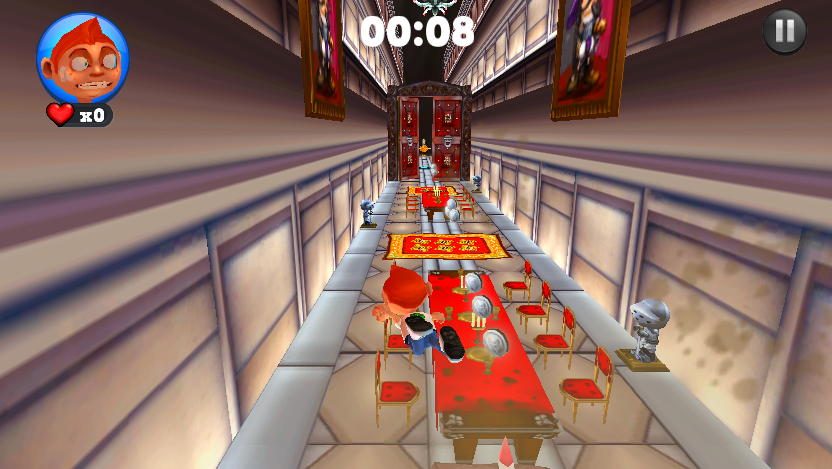 What this translates to in practice is an effortlessly fluent ride through a number of wonderfully campy horror-themed environments. Fred’s movement means players can exert as much or as little mastery over the controls as they wish; there’s fun to be had simply dashing through levels with abandon, desperately hoping to survive, but there’s also enjoyment in mastering the controls.

To provide a motive for mastery, optional treasures and collectibles are scattered throughout each of the worlds Fred visits. These treasures usually take the form of coins, but they can also be powerups such as temporary speed boosts, shields, and even the ability to resurrect yourself mid-level (that’s really going to annoy Grimmy). The power-ups give Running Fred a degree of depth and complexity as well as granting a temporary sense of freedom that means you’ll look forward to collecting them when they appear.

Perhaps the most interesting element of Running Fred is its permanent skill power-ups. These usually enhance Fred’s movement in some way, granting him a double-jump, a wall-jump, or a glide, for example. Earlier levels can be revisited for collectibles that couldn’t be acquired without these power-ups, lending Running Fred a touch of Metroidvania magic. Adding this extra element probably doesn’t seem like much, but it really feels like the spice that makes Running Fred stand out.

Okay, perhaps that’s not entirely fair. Running Fred stands out on its own merits. Its cutesy aesthetic hides a surprisingly challenging game with a deeply satisfying difficulty curve. Each level in Running Fred ramps up the difficulty significantly until you’re dodging ridiculous chains of obstacles and leaping chasms you never knew you could clear. The game is incredibly well-crafted; its curve doesn’t really make itself known because the player is consistently using what they know. It never feels like a barrier is thrown up to progress, and even if we died, it didn’t feel like we couldn’t have done it given a little more concentration. 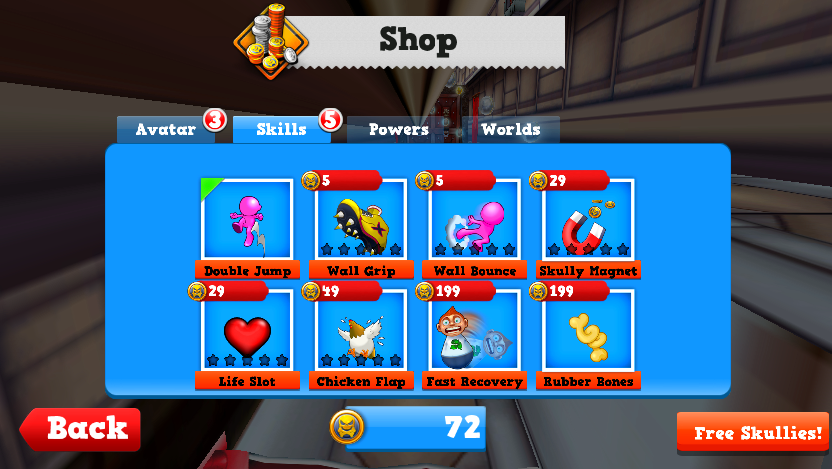 Running Fred doesn’t allow players to access all of its content at once. The Adventure mode will provide more than enough in-game currency to unlock its later stages, but Challenge mode must be unlocked during Adventure. Survival mode is essentially “see how long you can last”, and is there for players who wish to test their mettle. There are also some cute little avatars and things to unlock for those who like to fiddle with the aesthetics of their games.

All of that is just window dressing for what is, at its core, an extremely solid game. Running Fred won’t win a huge amount of awards for innovation, but there’s something to be said for a game that has no pretensions towards newness. This is a game that does what it does so well that you won’t be able to resist playing it. You aren’t going to let Fred die, are you?

Will Your Dad Watch ESports in the Future?

Breakups, Dear You, and Jawbreaker