Playing a scary game is not meant for the faint-hearted irrespective of whether he or she is an adult individual or a kid. Although horror video games might not be as well-known as the first-person shooter games or the open-world RPGs, they have their own fan followers across the globe. In fact, some remarkable horror games have been released during the last decade ranging from the straight-up horrific to the unnerving and creepy ones.

In this article, we’ll talk about several of those terrifying games which you might consider playing only to set your adrenaline pumping. In fact, these very scary games will take your gaming experience to an entirely new level. However, in case anyone is suffering from a cardiac problem or any ailment similar to that, he or she will be advised to stay away from playing this sort of games. Moreover, one must likewise play them in the company of others which will make them feel less intimidated whatsoever. Below, we have mentioned the top 7 scariest games you will ever come across.

There is no need to believe in ghosts in order to play this horror game. You require some sort of imagination and scary dark night. Although you might play this game outside in the dark, a dimly lit room can also be appropriate for playing this game as well. While enjoying this game, it is imperative for the player as well as his buddies to summon a spirit or ghost one by one. You can use any method you like while calling them and do not be surprised if you are visited by any real spirit. In case you do not encounter any spirits, the game will nevertheless provide you with lots of fun and thrill.

2. Ghost in the graveyard

This is yet another scary game which only the brave can endure. In fact, it is so scary that you’re advisable to play with at least a couple of friends at the same time. It is actually another variation of Hide and Seek. While one individual is going to hide, the others will stay at a certain location known as the base (it can be a rock, a tree, or anything like that). The players will count 20 while the ghost is going to hide. When somebody finds the ghost, he or she will be shouting “Ghost in the Graveyard”. Every single player will run back to the base and the ghost will try to tag another gamer before he can run back to safety. If he can tag somebody, that gamer will become the “Ghost” for the subsequent game.

This game can be considered to be the best when it comes to the jump scare video games. In fact, it has become hugely popular across the globe right now and is enjoyed by numerous gamers regularly. Once you start playing the game, it will not take you long to comprehend why it is considered to be scary. On some occasions, you might even be needed to bite your nails in sheer intimidation. The game is all about players taking up the role of overnight security guards who are attempting to survive until they receive their first paycheck. It might seem that the job is simple; however, as it turns out, all those playmates will face some torrid time after the sun sets. 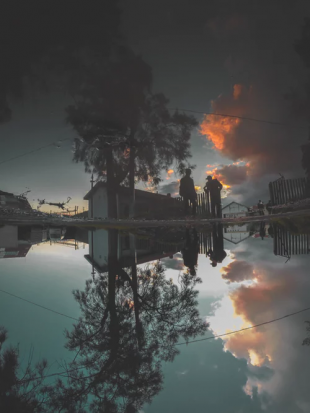 If something is there more horrifying than the monsters, it is the one which you cannot see. Dark Echo makes use of this concept while providing a top-quality terrifying game which is as scary as you can imagine it to be. Although you will not come across any monster in the conventional sense while playing this game, it is your footstep which will create something similar to sonar. Just like a bat, the noise made by you will help you understand what is going on in your adjoining area. However, those noises can also bring about your demise at the hands of your enemies instead of safeguarding you.

At times, horror movies tend to scare individuals by depicting unseen things which might be lurking in their residence; however, in the long run, it is the house of someone else and thus it helps to create a sense of distance. This game mentioned here goes one step more while providing amplified reality experiences which makes you visualize the nightmares within your own residence. Your smartphone is going to be possessed by Bloody Mary and she will use the phone’s flashlight, camera, as well as the spooky nature of darkness to assign jobs of exploring their abode to the players using only the screen of their smartphone.

You will come across quite a few Walking Dead games on the market at present, but this one mentioned here stands above the rest when it comes to providing spine-chilling terror and tension. The zombies are scary, and you are likewise needed to make difficult choices that might haunt you long after you have finished playing Walking Dead: The Game. Although other games developed by Telltale are known for their astounding themes, none offers so many thrills, suspense, and scares like this one we have talked about just now. 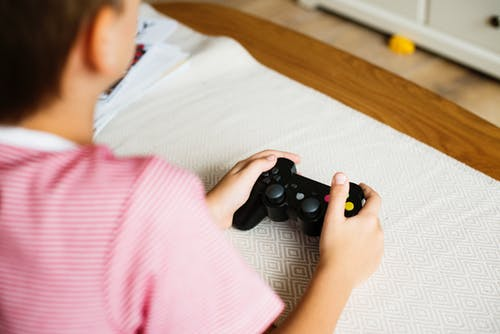 Into the Dead is one game that will put you right in the midst of a zombie apocalypse where you need to struggle for survival. This endless running game is played from the perspective of the gamer himself, who will make his way through a vast army of corpses that are alive! Although you will commence the game with nothing at all, you will soon unlock weapons which will allow you to survive for a while at least. Into the Dead will provide you with some ferocious zombies making all sorts of groaning sounds that will make you perspire in sheer anxiety and fear.

Video gaming and horror have always worked together to bring forth those moments of terror and repulsion. In fact, it is similar to chips and a burger that will satisfy the taste buds of any food enthusiast out there. Apart from these 7 scariest games mentioned above, there are many more out there that have not found a place in this list. However, feel free to explore on your own and come across some spine-chilling games that will rob you of your sleep for several nights.

Crooked Construction – The Story of the Leaning Tower of Pisa