When it comes to competitive gaming, DotA is truly the first of its kind. If you want to get into DotA 2, the first thing you need to do is understand what genre of game DotA is. DotA is a MOBA (Multiplayer Online Battle Arena) and it was the first of its kind to be sponsored as a competitive, tournament style gaming experience. If you watch competitive gaming, DotA works a lot like the popular games League of Legends or Smite. Like all MOBAs, DotA has mechanics that are specifically for real-time strategy games that are also uncommon in other genres.

For instance, each game is played with teams between two and five players against an opposing team. While this is not necessarily strange in an online multiplayer,what is unique is the roles that each player must choose. A player in DotA 2 must choose a specific role in order to cover all angles of the arena. It is essential that you understand these roles when you go into the game.

While there are more specific mechanics that are covered in the dota 2 hero guide, the following five roles are essential to know before playing a match. 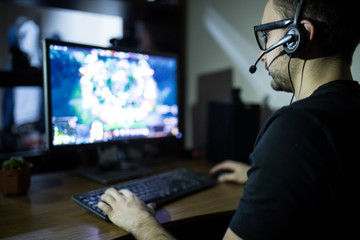 Veteran players refer to this role as position one. As the carry, you will rely heavily on the support of other players. These characters need items to increase their survivability and should be given farm priority. If you give these characters the proper farm priority, this character will carry your team later and make the match much easier for you. Given a team that works together, you can utilize almost any character as a carry.

The midlaner is also known as position two. This is second in farm priority, thus it is position two. They need a few items to be able to successfully fill their position, but not nearly as many as the carry. This means they will not need as many kills and can also solo the midlane. This position requires you to pick the correct character to successfully solo a lane and is one of the few roles that will be character dependent.

Also known as position three, this position is dependant on gaining EXP (experience points) over farming. Most of the time, this character will be given a solo lane. These heroes should have good escape mechanics or should be hard to kill (also known as “tanky”). Offlaners are not relying on items to be successful, so it is important if you enjoy this role to pick characters that do not need items to activate their full potential.

Roaming supports are position four. They do not need to farm or gain experience, but they need to be active early in the game. These characters can buy wards and support items for themselves, but they are not expected to be responsible for this. Often, this hero is depended on to ensure the solo laners have support. The jungler is also responsible for making sure that there are no heroes going behind solo lane heroes and assassinating them by hiding in the “jungle”.

The main support – position five – is usually the hero that is responsible for buying all of the support items in the game. These heroes don’t require a lot of experience to be active in the game and they are not responsible for farming, as long as they do their job of warding and making sure that they carry receives the support they need. These heroes are squishy and will typically have the highest number of deaths in the game. They are also responsible for zoning the enemy offlaner when they are not warding. Almost any character can be converted into a position five character, so experiment to see who you are comfortable with using.

Understanding the position your team needs to be filled at the beginning of the game is crucial and knowing what you need to do in your position will help your team attain victory. With this understanding of the character roles, players will have a much easier time picking the correct characters for the job. Good luck, heroes!

Do Online Casinos Offer a Better Edge Than Their Brick and Mortar Counterparts?
Previous Post