Often times, I find the games produced from a jam are only ever as interesting as its theme. That’s not to say a boring theme can’t produce genuinely good games, just that the developers have no incentive to try the subversive, off-the-wall ideas that translate into truly unique experiences, the kind that can only be thought of in a fever dream as you race to just finish the goddamn thing in a single weekend.

So, when I saw the theme for Ludum Dare 43, one of the largest game jams in the world, earlier this month, I knew things would be interesting. It’s so simple yet so powerful, and best of all open to endless interpretation: “Sacrifices must be made.” Now that, my dear readers, is a good theme. And the games listed here implemented it in a way that not only made for a fun experience, but inch the industry forward in a way only these short experimental endeavors can. 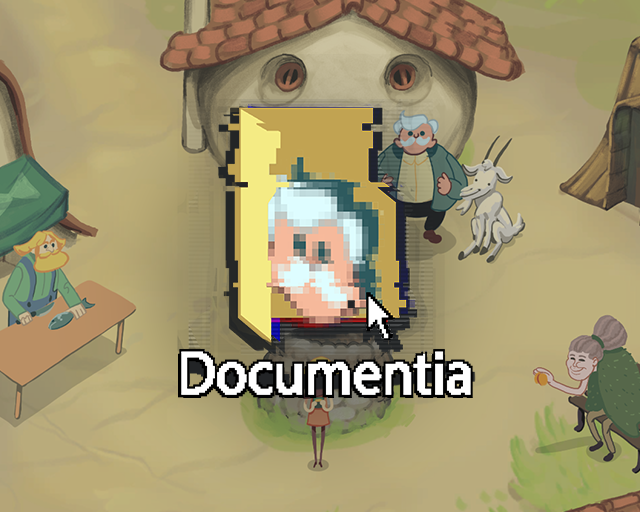 Confession time: I love titles that mess with your computer or in any way references it knows it’s a game. Pony Island, Undertale, Doki Doki Literature Club, give me that all day, I will eat it up. And Documentia scratches that itch.

You’re warned by a faceless narrator before the game starts that your very act of playing has consequences. For a mysterious reason, this world has limited memory, and every step you take and chat you start up eats up what little there is left. For someone like me who knows very little about the inner working of computers, it makes perfect sense, though I think I can hear the distant sound of techies scoffing.

The first time you boot Documentia up, you find a happy little town full of gregarious village folk. But before you log out, the narrator explains you can’t return unless you make space in the game’s data files. You can start out deleting small things that only take up a few kilobytes – a yo-yo an elderly woman treasures, the farmer’s scarecrow – but each subsequent launch ups the ante as you burn through the game’s memory, until you’ve no choice but delete characters if you want to play. Not only do the townsfolk notice, they keep a running commentary on what (or who) is suddenly missing in their lives each time you log on, so there’s no avoiding the consequences.

I loved this twist on the idea of consuming media and read it as a commentary on gaming and its costs – to the individual, to society, to our culture. But then again, maybe I’m reading too much into a game that was made in a weekend.

Fixing to Die is a gratuitously grisly and ludicrous representation of triage in pre-modern wartime stacked with bodies that spurt blood by the gallons as you frantically hack away at their innards with a bone saw. And it’s hilarious.

As wounded soldiers shamble in, it’s up to you to mend their wounds. As they’re stabilized in bed, a percentage hovers above their head indicating the chances of a successful surgery. Trouble is, you’ve only got two beds in this sham of a hospital and a bone saw as equipment for these hasty surgeries as everyone waiting is slowly bleeding out, their chances slowly trickling down.

Occasionally, a soldier’s percentage falls so low that you need to make the tough decision to give up on the patient. That involves throwing them into what I can only assume is a meat grinder (it’s hard to make out in its pixel-y style), which not only opens up a bed but provides a blood pack to increase another soldier’s chances of survival. Win win!

“It’s Overcooked meets Surgeon Simulator” reads its Itch.io page, and just the kind of macabre and gross-out humor my inner 10-year-old delights in. Not to mention, legitimately challenging to synchronize the many actions demanding your immediate attention. I can easily see this being made into a full-length Adult Swim style game. 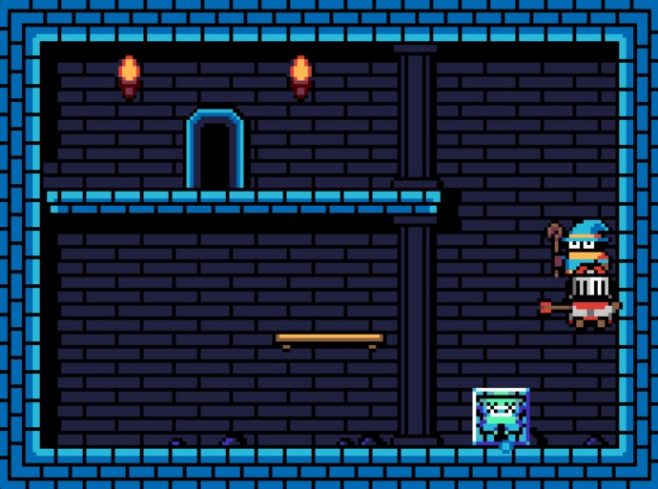 An ice mage, a warrior, and an archer walk into a dungeon. They all kill each other. The end.

In Total Party Kill, you can only solve puzzles by sacrificing your teammates. In a way it reminded me of Thomas Was Alone but instead of controlling multiple characters to progress, as a group, towards an end goal, only one member of your team need make it to the door in each level, and usually only one can.

You’ll need to use the other guys as stepping stones over spikes, or lob their lifeless body towards a button, or pin their bodies to the wall to create a ledge. It can be challenging to figure out exactly what string of violent deaths will lead to at least one of your characters making it to the goal, but the game’s kooky mechanics make experimenting feel like anything but a chore.

Though it only has 15 levels, the developers managed to create some truly difficult puzzles in 48 hours, some that left me pulling out my hair as I struggled to piece together whose body in what location would get me to my prize. I also appreciate the decision to go with a pixelated style, as even in death its characters were adorable.

The Harmful Misconceptions Behind We Happy Few
Previous Post