For as long as human beings have existed in our present state, there have been horror stories. There’s just something about tales of the macabre and dark that we love. Maybe it’s because we enjoy confronting our mortality in a safe setting, or maybe it’s for the same reason we laugh at other people doing silly things – because it’s not happening to us. Whatever the reason might be, horror has found an enduring place in the hearts and minds of humanity, and it’s here to stay.

There are, of course, several different kinds of horror experience. In his excellent book Danse Macabre, Stephen King talks about the three fundamental categories of horror: gross-out, horror and terror. Broadly speaking, most horror fits into one of these three categories. Gross-out horror is all about the body; whether it’s fluids or a fundamental change in a person’s appearance for the monstrous, gross-out horror grabs one by the jugular. Standard horror preys on our fear of the unnatural. It’s giant spiders, the undead, vampires, et cetera. Terror, meanwhile, is all about building atmosphere; it’s the dark, disused hospital, the misty alleyway at midnight.

All of which is to say that Scary Maze, a game that couldn’t be more aptly named, takes advantage of each of these archetypes at least once across its brief but effective run time. To describe exactly how it does so would be to ruin its surprises, so we’ll try to keep detail out of this review as far as possible. All you need to know is that Scary Maze is the perfect aperitif for a night of scaring yourself silly; it’s the kind of scary game on Poki.com to enjoy crowded around a laptop or PC with friends, accompanied by snacks and waiting for the shocks to come.

Visually, Scary Maze is an exercise in reductionism. The game uses clean lines and geometric shapes to represent an old disused building; its winding passageways and illogical architecture evoke the feeling of being lost and confused that all great horror manages to elicit. On the surface of it, Scary Maze’s bold color scheme isn’t that terrifying; the mazes themselves use a bright pink gradient which fades gradually into a darker color, but the maze stands out against the inky blackness of the backdrop. 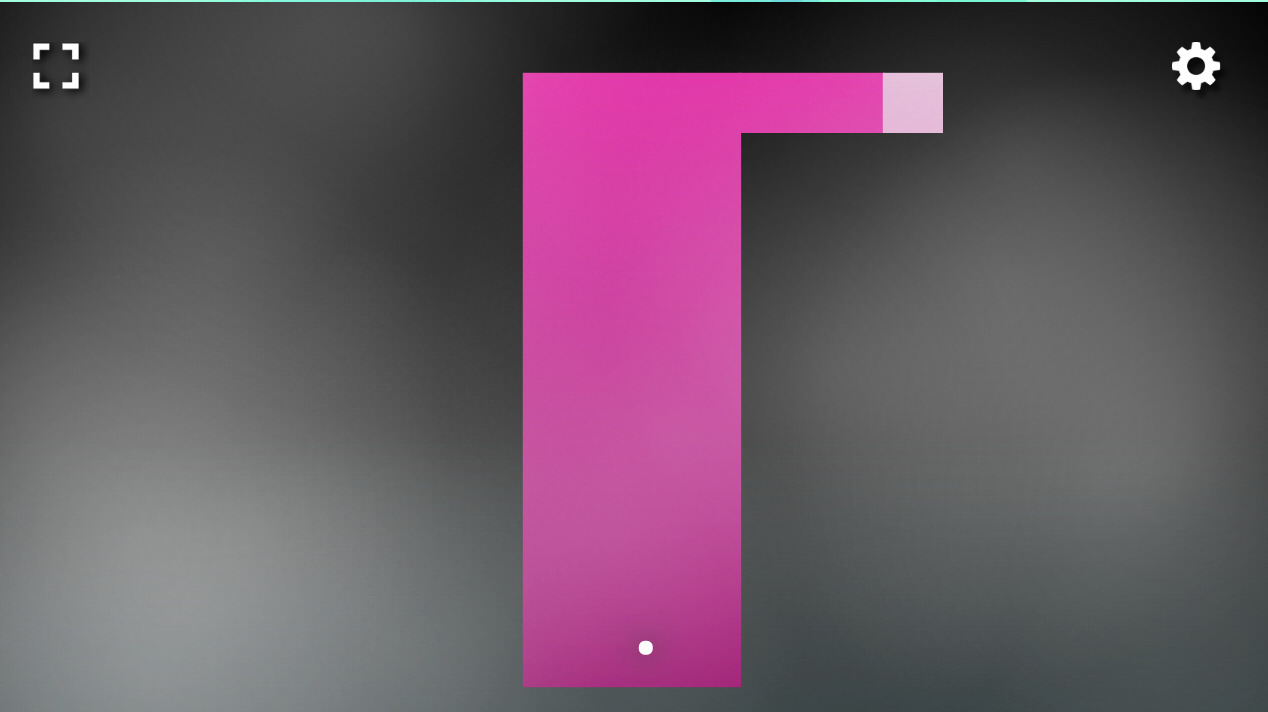 This feels like a purposeful decision, though. Scary Maze is clearly confident in its ability to frighten players, so its color scheme is confrontational and easy on the eye. The best horror uses the unexpected to heighten tension and remove the safety cushion from beneath its “victims”, and Scary Maze accomplishes this amply. Even its title screen is simple, but effective: the game’s logo sits atop the smoke, flickering like an old VHS tape and accompanied only by a single “Start” button.

That’s not to mention the sound design. Scary Maze is a game best enjoyed with headphones, so if you’re with friends, make sure you find a splitter so you can all share the experience. The sound design here is excellent; footsteps echo just as they would if you were exploring an ancient abandoned cave, and there’s very little else save for a distant rumbling and the occasional noise off in the distance. The sound design is such that it’s not easy to discern the direction or nature of the sounds that come from the blackness, which works to the game’s credit; horror is, after all, much more effective when you’re not sure what you’re scared of.

While it’s true that a horror experience lives and dies by its presentation, the gameplay is also important, and Scary Maze is nothing but solid in that regard too. Fundamentally, it’s a game that tests your twitch reflexes and mouse skill. You’ll need to guide the dot that represents your character through a series of increasingly complex mazes in order to reach the exit and live for another day. The only peripheral you’ll need is your mouse; the keyboard isn’t used in Scary Maze in any way, so you’re probably better off using a desktop PC or sourcing a USB mouse from somewhere if you’re looking to play this one.

The premise may sound simple from a gameplay perspective, but complexity ramps up pretty quickly. Scary Maze purports to have five levels, but we’ll be honest; we weren’t able to make it past level three. That’s partly because the skill level required to do so is phenomenally high, but Scary Maze deliberately pitches itself at a certain difficulty level both to heighten tension and to facilitate scares, and it does so very successfully indeed. There’s also a neat little feature which sees developer messages being sent to players from the aether should they perish during play; developer messages become increasingly frantic as players die over and over again, culminating in…well, we won’t spoil the surprise.

Scary Maze isn’t here for a long time, just a good time. Its running time is very brief, but it accomplishes its mission more than amply in the time it has. If you’re looking for a lengthy, narrative-heavy adventure which delves into the dark heart of humanity, you’re probably better off looking elsewhere, but if all you want is a good solid scare to put the fear of life back into you, then you could do a lot worse than Scary Maze. Let us know if you manage to make it past the third level, eh?