When disgraced political figures return to rehabilitate their image, it’s smart to be skeptical. So, when I heard former National Republican Committee chairman Michael Steele (a man I mainly remember for spending RNC cash at a Hollywood strip club) on a recent interview for NPR, I was prepared for some serious eye-rolling. However, he sounded like a rational adult; one willing to criticize his own party (if not himself, seeming to forget his former employer) as well as Democrats for their contributions to America’s fractured political landscape. Convenient omissions of guilt aside, his thoughts on the nation’s ideological divisions were prescient, especially coming from the perspective of a black man who grew up in the 1960s.

Near the end of the interview, Steele called out one specific culprit for eroding our political process: gerrymandering. The much-maligned tactic of redrawing district lines to favor one party over another has almost become an accepted (if unfortunate) aspect of civic life in the United States, a malignant force undermining electoral politics. In a very real sense, it treats electioneering like a tactical war game that was built to be hacked, even if everyone loses in the long run. This sort of nefarious gamesmanship is laid bare by the suitably titled Gerrymander (web, iOS, and Android), an adorably dystopian puzzle game intended to raise awareness around the issue. 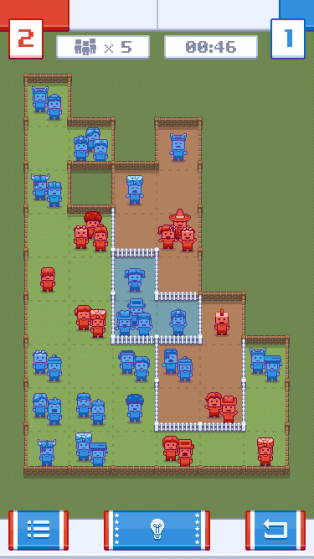 The mechanics behind Gerrymander are simple. Red and blue constituents are spread across a grid and must be partitioned evenly into legislative districts by building fences, securing majorities for the color of one’s choosing. Its map design starts off simple and grows in complexity, requiring thoughtful strategy to effectively tamper with the foundation of liberal democracy. Like any good mobile puzzle game, it’s easy to understand yet difficult to master, illustrating how gerrymandering works while making voter disenfranchisement feel fun.

Gerrymander developers Good Egg Games aren’t the only ones to realize how gerrymandering translates so perfectly into puzzle game mechanics either, with a quick Google search revealing several similar recent titles. Those include the more complex Gerrymandering Game from NYU students Akshay Kumar, Zachary R. Schubert, and Zhaohui Zhang; The Redistricting Game from the USC Game Innovation Lab, the identically-titled salamander-themed web game Gerrymander; and Kickstarter-backed board game Mapmaker. There’s one common thread between all these games, though: their creators were varying degrees of pissed off, desired to do something about it and saw obvious parallels between gerrymandering and game design.

That natural connection may also help explain why this one nefarious political tactic has inspired so many developers to use interactive entertainment as an educational tool. Aside from the critically-acclaimed Papers, Please (where players accept and reject immigration applications at an Eastern European border crossing), it’s tough to recall another recent title (let alone a spate of such games) that has attempted to build an entire game around one specific bureaucratic practice. There’s also the immediacy of the issue to consider as well; when your surrounding community is split up to render voting itself impotent, the effects quickly become apparent.

Take a look at a map of a congressional district that has been heavily gerrymandered, and it’s not hard to see the similarities to the level maps in Gerrymander et al. Logic dictates that congressional districts should be drawn according to the shared interests of people living in a given area. Gerrymandered districts, however, often look completely bizarre, connecting areas in ways that are obviously intended to include or exclude specific demographics based on voting preferences. To wit, Mapmaker was inspired by Texas District 10, which somehow includes portions of urban Austin and the Houston suburbs, two major metro areas that clearly have no business being grouped together as a single political entity. Not coincidentally, the once-blue district has been held by a Republican since 2004, despite each city’s populace leaning left.

Extrapolate that result across myriad gerrymandered districts nationwide, and the implications become clear. The electorate disengages, power consolidates and community erodes. What follows is what we see around us today: bitterness exacerbated by hopelessness, fueled by divisive rhetoric that convinces the public that corruption is patriotic when it benefits your side. 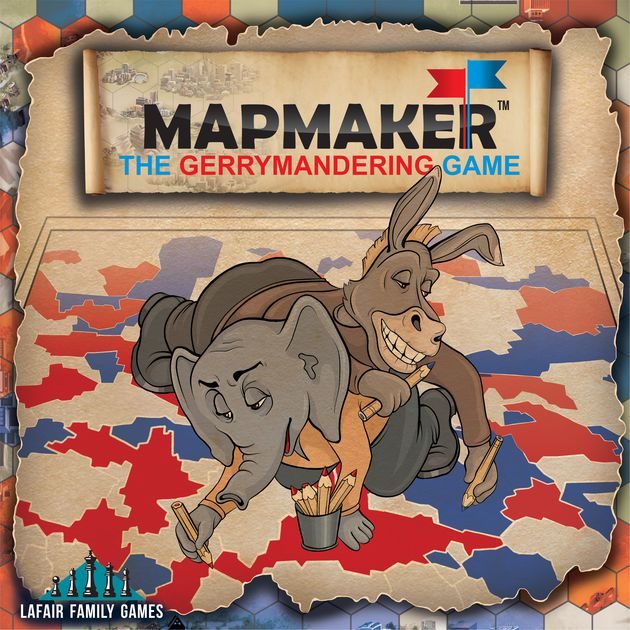 So, let’s say Steele’s closing statements on NPR were an accurate read on the underlying cause of America’s splintered ideological direction. Knowing that the electoral system has been gamed by both major parties across the country, to the extent that a former party chairman would admit as much on public radio, is demotivating. Knowing there are coordinated strategies in place to render our votes irrelevant (and gerrymandering is only one piece of a much larger puzzle) makes our current slide toward authoritarianism look a lot less surprising.

However, it also makes action all the more important, and fortunately, we aren’t without recourse. According to the New York Times, while the Supreme Court failed to rule gerrymandering unconstitutional earlier this year, activist groups are keeping the fight alive by pushing for ballot initiatives at the state level. In most states, district lines are drawn by state legislators, and placing an issue on a ballot simply requires a petition that reaches a certain number of signatures. Efforts this year in Michigan, Missouri, Colorado, and Utah have outpaced those thresholds, while Ohio successfully passed anti-gerrymandering legislation in May.

That kind of progress is encouraging, and if a lifetime of playing games has taught any of us anything, perhaps it should be this: every enemy has a vulnerability and persistence pays off. Ironically, if partisan redistricting has a weak point, it may be democracy itself. Consider searching for organizations in your state working on the issue (they’re typically non-partisan and nonprofit), and find out where they need help. Staying informed on the issue is also crucial, and this excellent list of resources curated by the advocacy group FairVote is a great place to start. It includes Loyola law professor Justin Levitt’s website All About Redistricting, which includes news and information on gerrymandering in all 50 states.

Big changes start small. Even as small as signing petitions.

Hell is Other People