It is the year 2048. Tomorrowland has arrived. The roads are paved with plastic dolls singing about how it’s a small world after all; the cars are loaned out from Autopia, no longer an amusement park ride but a major car manufacturer. The eighteenth Pirates of the Caribbean film is in cinemas, starring everyone’s “favorite” emaciated husk Johnny Depp. Dotting the edges of tickets, in microscopic writing, is legal jargon entitling you to view all upcoming Pirates films and subsidiaries. This includes the Caribbean Sea itself, purchased in a landmark deal by the Walt Disney Company a year prior. Why not book yourself a holiday there? The Walt Disney brand name is a quality one after all, and it’s written everywhere there, even on the coral deposits.

Ever since the inking of the Disney-Fox merger a number of fans have lined up, like they will once Peter Griffin Meets the Thing is deposited into cinemas, to portray this acquisition as nothing short of positive:

“Look on the bright side,” they say, fingers typing restlessly at keyboards, “at least Wolverine and the Hulk can finally duke it out!”

“Okay yeah,” another meekly submits, “that does sound awesome. But when I do I get to see Homer Simpson in Kingdom Hearts?”

“Because what a franchise as disjointed and confused as Kingdom Hearts needs is more characters,” replies another before suffering a virtual dogpile by angry commenters that results in a three-day ban.

I kid obviously. This feverish fan discussion is, of course, harmless by itself. But as with most things in this capitalist hellscape it takes on an altogether sinister picture when you look at the wider context. The Walt Disney Corportation is the second largest media conglomerate in the US, behind Comcast. That reading was no doubt bolstered by the corporation’s then-recent purchases of Marvel (in 2009) and LucasFilm (in 2012); indeed, you can see its intellectual property proudly on display in trailers for Wreck-It Ralph 2: Ralph Breaks the Internet in addition to the usual suspects, e.g. the Disney Princess line. But rather than the childlike elation that Disney had dealt in since its inception, I greeted that trailer with an adult’s – no, an old man’s ennui. 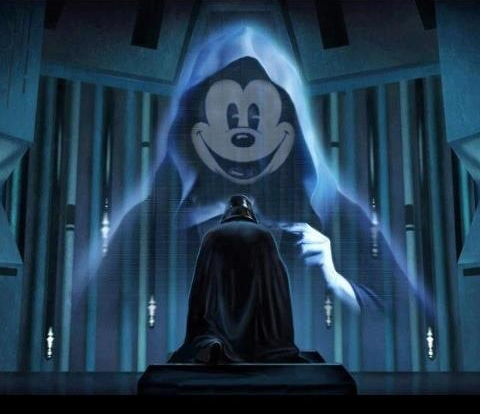 “Look at all the stuff we own!” the trailer blares as Iron Man tears across the screen. “Isn’t it neat?”

It reads as the clumsiest and most insincere form of intertextuality. Intertextuality is easy to define: how a text shapes another text’s meaning. But it’s usually harder to pinpoint since its execution is multifaceted, e.g. pastiche, allusion, parody or homage. There is no such subtlety here, and Disney wouldn’t have it any other way; it certainly hasn’t cost Wreck-It Ralph any momentum. But it sets a worrying precedent. The usual critique with this concentration of media ownership is that it reduces diversity of expression, leaving new ideas to suffocate in a moneyless wasteland and fight, Mad Max-style, across indie cinemas to diminishing returns. An over-reliance on established properties is nothing new; it practically defined the animation medium for the 1970’s and 80’s. Yet under the guise of ‘intertextuality’ – of seeing Spider-Man ‘rescued’ from Sony to join the Marvel Cinematic Universe – we see characters created by artists more than half a century ago persist through new media, all to great applause.

Artists who were subsequently robbed of royalties by a company, forced to return to said company time and again and left to die in destitute conditions. Stan Lee still cameos in Marvel films despite ailing health; Spider-Man’s co-creator Steve Ditko died alone in his New York apartment. 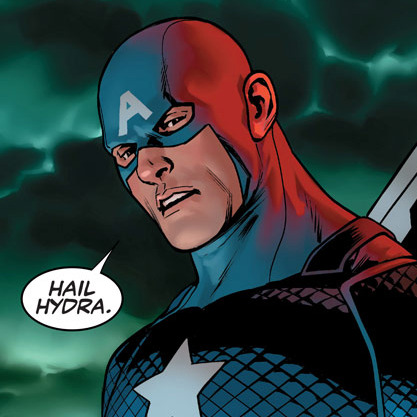 That there are people out there who consider the transformation of Captain America into Hauptmann Aryan in Secret Empire a bigger injustice than the years of corporate apathy and aggression against the character’s two Jewish creators – the latter of which has a distinct home field advantage by happening here, in the material world – is not surprising. The greater context of this discourse – the stranglehold that corporations have on the entertainment we consume, as well as its producers – is under-discussed, if it’s even brought up at all. Creative works do not emerge in a vacuum, fully-formed; they are products of a person and their greater surroundings.

Some still argue otherwise. The usual defense against people who are concerned with ‘creator’s rights’ is that artists act as ‘custodians’ for these characters, weaving new narratives for them as if their essence hinges on the production of new media. This is obviously wishful thinking – Batman neither lives or dies if DC Comics goes belly-up – but one with a basis in law: The Copyright Term Extension Act of 1998. In the US works of corporate authorship can be copyrighted for up to 120 years after creation, so rather than entering the public domain (and gain a new currency) corporations can keep a tight leash on their properties. Its chief proponent, Sonny Bono, wanted it to last forever before such a change was deemed unconstitutional. Among the many corporations who supported the CTEA was the Walt Disney Company; the Act is even derisively known as the Mickey Mouse Protection Act for the corporation’s efforts to hold onto their star character.

Funny how things work out, eh? 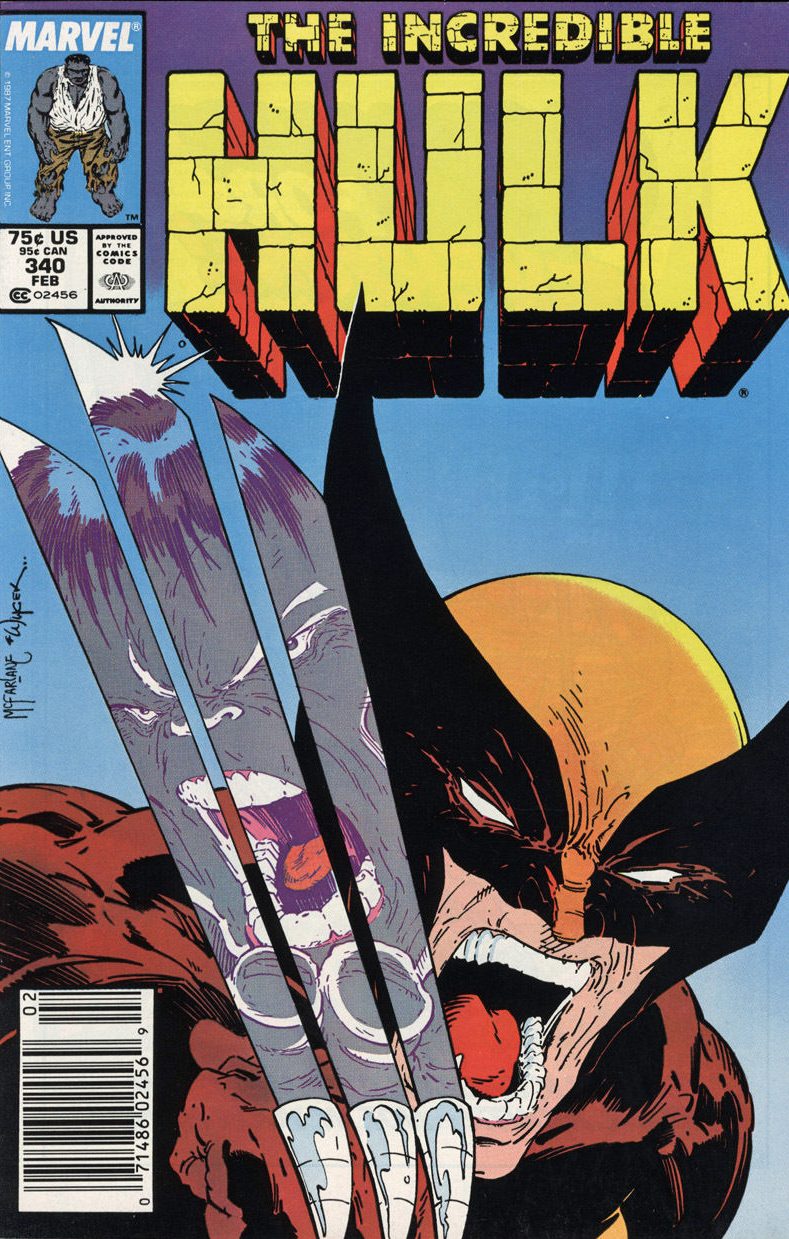 In conjunction with copyright, intertextuality is used as a tool to uphold the theft of characters from artists like Jack Kirby, Bill Finger or Jim Siegal and Joe Schuster. Injustices once enshrined and even respected in the comic book industry are now curated by the film industry and endorsed by audiences. It gives incentives to corporations to treat its creators as nothing more than sponges to be disposed once they’ve dried up. In fact, they’ve already started: witness the sudden firing of James Gunn.

So yes, enjoy your Wolverine vs. Hulk smackdown if you like. This post is not made to make you feel bad about the media you consume. Well, maybe just a little. But only because you’ve thought about it. Think bigger, not in terms of who Thor can punch next, but on the impact that applauding mergers like this one has on the world around us. Corporations do think, they think clearly, and they always think they can get away with more.

One last thing: back in 2006, Disney purchased Pixar for 7.4 billion dollars. One of Pixar’s films, Brad Bird’s The Incredibles, features a recurring line (for all one of you who haven’t watched it, the film details the resentment society feels towards superpowered individuals, forcing them to be put into relocation). Said line is “When everybody is super, no one will be.”

At the start of this article I presented a dystopian world owned by the Walt Disney Corporation, whose theme park – Disneyland – is presented as “the happiest place on earth.” It’s a popular tactic by satirists and critics to portray Disney as anything but, yet here it’s the opposite. Through their absorption of corporate entities and perpetuation of intellectual property they just want every place to be happy.

And when everywhere is happy, nowhere is.

The Nine Types of Vampires and What They Represent
Previous Post