The history of the platformer is almost as long as that of videogames themselves. 1985’s Super Mario Bros, arguably one of the most influential and well-loved games of all times, is a platformer; see also Sonic the Hedgehog, Banjo-Kazooie and many other titles most gamers would place in their all-time top ten. All of this is to say that platformers hold a special place in the heart of gaming as a collective medium.

With that said, there are still refinements to be made to the genre, along with ways to iterate on the classic formula that made these games what they are. In 2009, American developer Adam Saltsman created Canabalt, a platformer which took the onus of moving from left to right away from players and simply tasked them with hitting the jump button at the right time. Canabalt was responsible for a whole bunch of imitators which subsequently hit the scene, as well as spawning its own sub-genres in the form of endless runners and auto-runners. 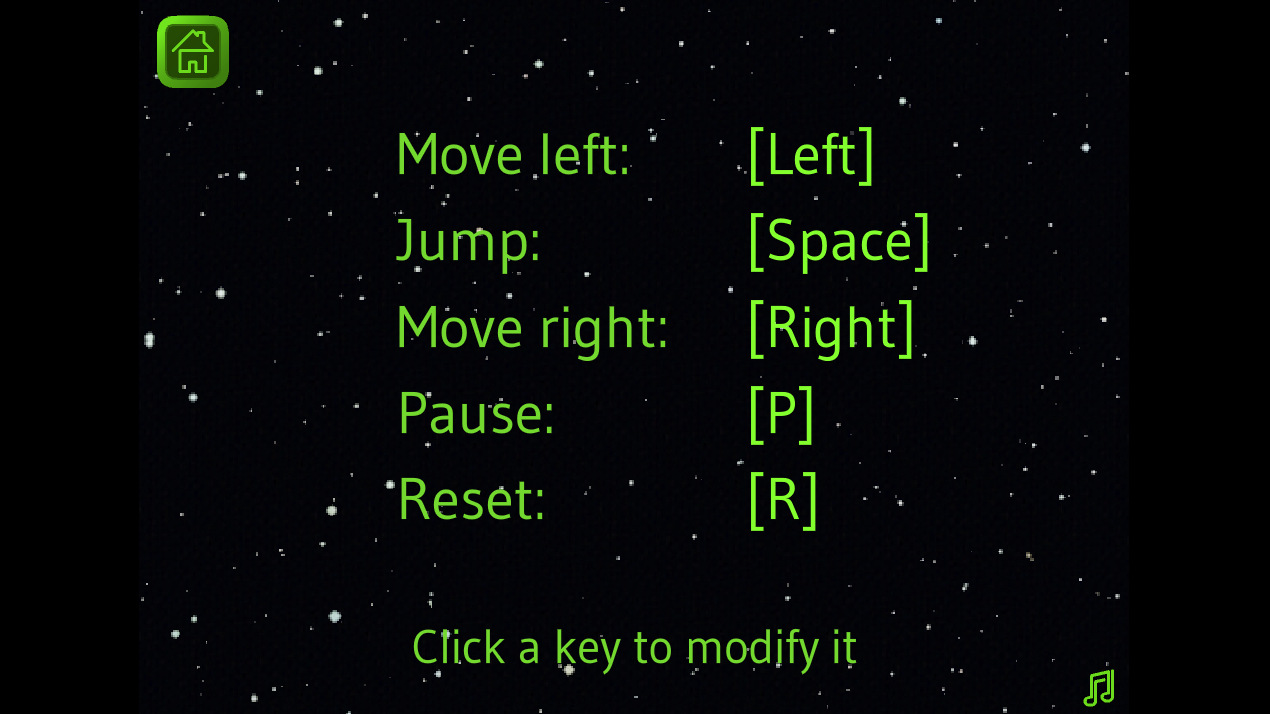 Into the latter camp comes Run 2, the sequel to Run (whew, that took some researching) by one-man development outfit Joseph Cloutier. Much like its predecessor, Run 2 is an auto-running 3D platformer viewed from a third-person perspective, but several iterations and improvements have been made to Cloutier’s winning formula to make this one a worthwhile successor. You can play Run 2 now on Poki, and we’d strongly recommend you do so before reading this review.

If you’ve played Run, you’ll already be familiar with the basic formula of these games. Players take control of a small cute alien figure as it runs through a series of increasingly complex 3D mazes with a view to reaching the end. This may be an uncomplicated setup, but in this world of overly complex AAA offerings and gaming experiences overstuffed with disparate genres, a straightforward and simplistic approach can be quite the refreshing balm. 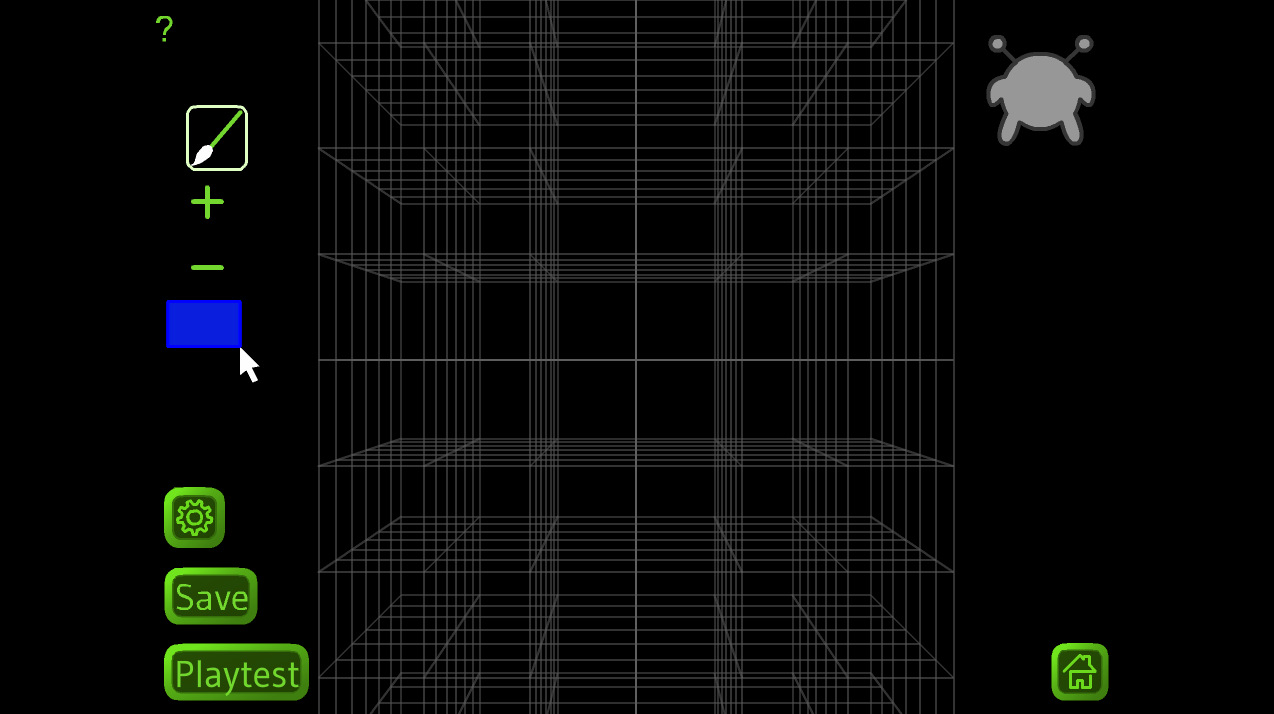 “Simplistic” doesn’t equal “easy”, though. Run 2 isn’t quite first-person, but its perspective is constantly behind the main character as they navigate the treacherous obstacles and perilous drops of their surroundings. If you need a primer on what this game is like, think something like Temple Run on iOS, or Lara Croft: Relic Run, but perhaps a little more simplified than those games. The core gameplay is effectively the same, though; leap over gaps, avoid obstacles, and reach the goal.

To facilitate this, players have just three movement controls at their disposal. The left and right arrow keys move your character left and right, while the Space bar makes the little alien jump. There are two characters available for players to choose from, and in a neat development touch, they’ve both got their own different set of levels rather than sharing a single set, lending some longevity to proceedings.

The Runner is where most new players will want to start. It’s as close as Run 2 gets to an all-rounder; the Runner’s jump is mediocre, but the control for this character is much tighter than the Skater, who needs longer run-ups to circumvent obstacles and get on course. Which one you choose is up to you, although we’d strongly recommend playing through both campaigns. Neither one is massively long, so they don’t outstay their welcome, but they give separate opportunities to experience Run 2’s excellent movement and platforming mechanics. 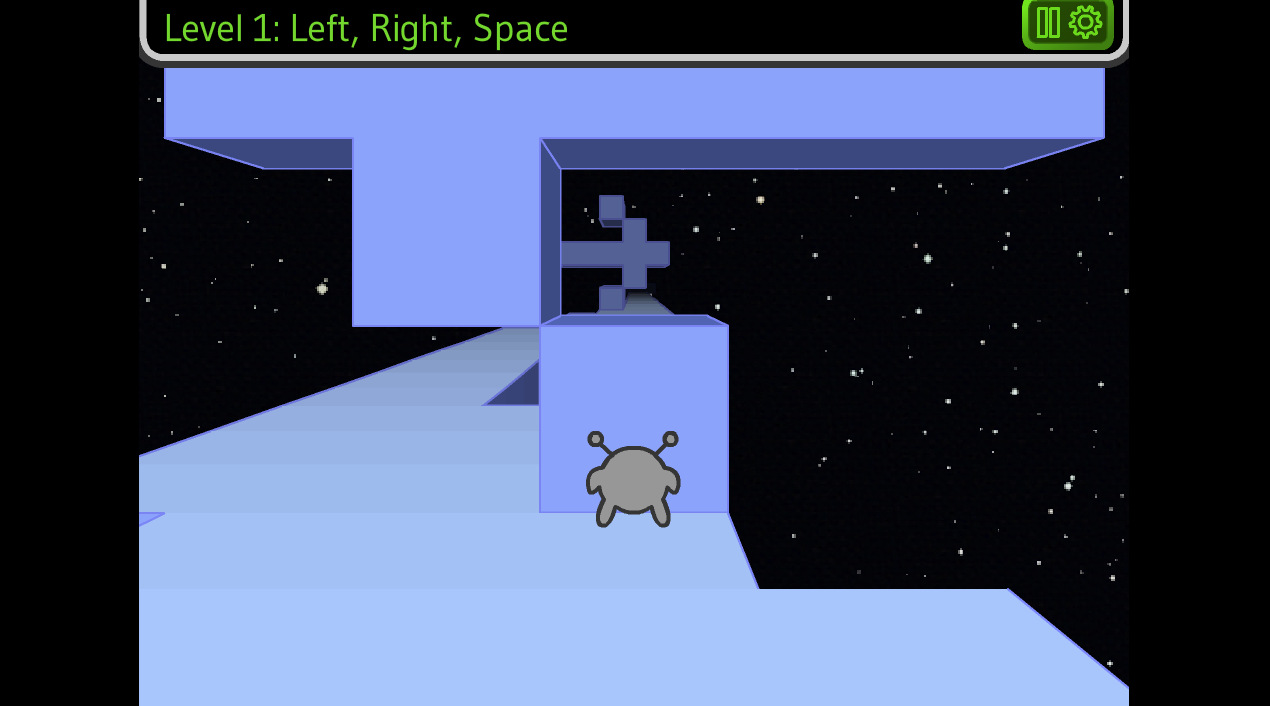 In the end, this is where the game is made or broken. Visually and presentation-wise, Run 2 is a delight, with gently pulsing music perfectly complementing a simple, unfussy aesthetic design, but all the best visuals and sound design in the world wouldn’t make up for broken or boring gameplay. Luckily, Run 2 doesn’t have either of those things. Instead, its well-balanced difficulty curve is a consistent delight.

Each level is arranged perfectly, with just the right amount of vertiginous drops and reflex tests necessary to ensure players have a smooth ride and never come up against a sudden difficulty wall. There’s a Kula World-esque mechanic in which players can switch the surface they’re running on if they jump onto a 90-degree wall, rotating the stage 90 degrees. This adds an extra dimension to platforming and leads players to consider their surroundings in new ways. Flummoxed by a puzzle? Try jumping on the walls. It’s testament to Run 2’s relative freedom that this can be done even when it’s not technically the right solution; many levels have something akin to multiple pathways, with level exits on many of the surfaces depending on where the player has jumped to.

All in all, Run 2 is a delightful experience. Everything that’s structured around the core mechanics is fun – the visual design, sound design and ability to replay stages to discover hard-to-find bonus blobs – but what really shines is those core platforming and running mechanics. Give this one a try and you won’t be disappointed.

The amazing development of video games business in recent years

Why Holding Casino Business Online Is Worth It