If you’re anything like us, then you’re crazy about eSports. Watching incredibly talented players excel at your favourite game is a real thrill, and discovering a game you didn’t know you loved through seeing it being played on a professional level is an unmatched feeling.

It’s been a great year for eSports, with the discipline going from strength to strength in terms of money as well as sheer audience numbers. In 2018, the eSports industry crossed the $900 million mark as an economy thanks to sponsorships, advertising and content licensing, with around $95 million of that money being spent by consumers looking to attend some of the biggest eSports events.

If you’ve never been to one of these tournaments, it’s a real experience. Also received far better than other online competitive activities, It’s one thing to watch the League of Legends MSI (Mid-Season Invitational) via Twitch or another streaming site, but quite another to physically be there and watch your favourite team stomp their rivals (or, if it’s a particularly bad day, watch them crash and burn). There’s nothing quite like an eSports event; being surrounded by like-minded people and immersing yourself in gaming culture just can’t be beat.

There’s a good chance, if you’re reading this, that you haven’t been to an eSports tournament, or even that you haven’t watched one via streaming. 2018’s League of Legends MSI final was the most watched eSports event in history, with over 127 million viewers tuning in to watch Royal Never Give Up face off against KingDragonX (if you’re wondering, the final went to Royal Never Give Up 3-1). The vast majority of those viewers hailed from China, though, so perhaps you’re not familiar with this event or any others on the eSports calendar. 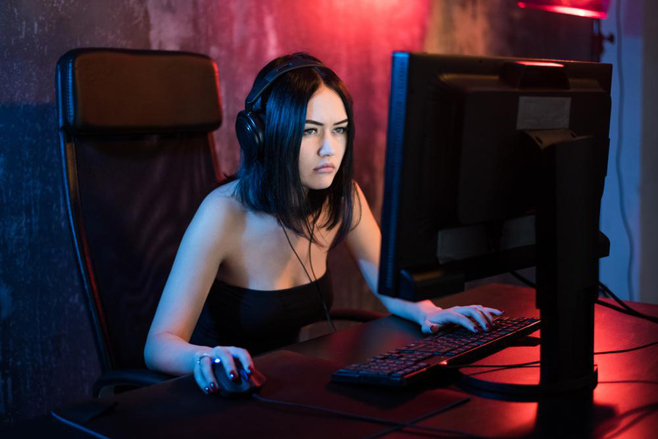 Many eSports events don’t announce their dates too far ahead of time, but we can make fairly accurate predictions based on when these events usually air. We’ve provided a list of the most prominent eSports events which take place each year. Most of these events can be watched as they happen on the Twitch platform as well as other streaming services; these things can sometimes be decided closer to the actual announcement of the event, so watch this space for more news.

Hey, who are you to argue with the most-viewed eSports event in history? The League of Legends Mid-Season Invitational is usually played around April-May each year, coming to a close with the final in mid to late May. This year, the prize pool for this event was $1 million, and with the eSports economy only set to grow, expect that to stay the same next year if it doesn’t increase.

ESL One is a Counter-Strike: Global Offensive tournament which has been held since 2014. Five out of its eight events have taken place in Cologne, and the prize pool is $300,000. That might not sound like a lot, but the first team to win four titles across the event’s ten tournaments wins an extra $1 million, so it’s all to play for. The event usually takes place in summer, around June-July time.

Organised by Activision, the CoD WLC has been run on an annual basis for six years. The 2018 leg of this event had a staggering prize pool of $1.5 million, and was won by US-based eSports team Evil Geniuses. The game being played in each tournament varies depending on the most recent CoD release; this year it was Call of Duty: World War II, but presumably next year’s will centre on Call of Duty: Black Ops IIII. If you’re a CoD nut, you can usually see this one in August.

Fun fact: Dreamhack is eSports’ oldest tournament, dating back to the misty mountains of 1994. Back then, eSports was but a glint in the eye of many of today’s organisers, so the focus was around LAN parties at which there was no online access, meaning that players had to physically connect their computers using cables. Nowadays, Dreamhack bills itself as the “world’s largest digital festival”, and hosts tournaments of all kinds. Its two major events are DreamHack Summer, which takes place in August, and DreamHack Winter, which is a November event.

This is the longest-running fighting game tournament in existence, and counts such luminaries as Super Smash Bros., Street Fighter and Tekken among its games on offer. The tournament sees professional teams competing against one another, but its unique selling point is its relatively relaxed atmosphere, which means that amateurs from all over the world can visit the event and face off against one another in a non-professional capacity. Like many of these events, EVO takes place in summer, with an early August date being the usual.

Although eSports has a long way to go, so much of the groundwork has already been laid that it’s inevitable for this discipline to keep on rollin’ like it is. These 5 events are just the tip of the iceberg; 2019 is set to be eSports’ biggest year ever for economic value, audience share and the sheer amount of games on offer. Roll on summer!

The rise of eSports in the betting industry
Previous Post