Although this UK-based band were only really effective for just under four years, Stephen Morrissey and Johnny Marr had such a huge cultural impact on people it is hard to underestimate.

Their heyday was from 1985 to 1987. Their singles never even bothered the top five, although their albums nearly all reached the top spot in their native UK. What’s most interesting is that all the bubble gum pop that outsold it at the time has faded away from all replay lists, but as Spotify and YouTube will attest, Morrissey and Marr and their peculiar blend of melody and lyrical magic seems to last and last, long after Glenn Madeiros and the Reynolds Girls have been long forgotten, even though countless acts at the time would have sold many more copies.

Cultural impact is something that perhaps can’t be defined will any absolute facts or navel-gazing tortured opinions of fans. When you overanalyse something it does have the propensity to dissolve in front of one’s eyes. But most people, if they were to make a bet on it, can agree about the tensions and strengths that made the Smiths so brilliant, even if they were unfashionable with the mainstream at the start. 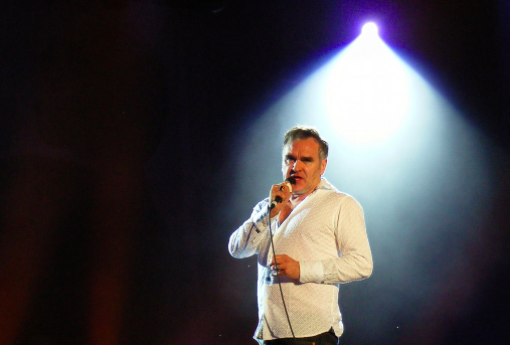 The lyricist and singer was Stephen Morrissey, he had complete say on all the band’s lyrics. Johnny Marr was the guitar playing wizard whose innate grasp of both lush melody and jangling hooks was the brilliant platform that let Morrissey display his intense and soulful lyrics.

Although they always presented themselves with a dour and quiet demeanour, this was just a challenger to see if the general music lover could make the effort to look a little beyond the surface and see if there was any humour or intelligence there. The reward was to find there were huge amounts of humour.

Morrissey was not afraid to ever deal with tricky subjects, the boredom of the unemployed, the pain of losing a loved one, the trickiness of being a very shy person, the challenge of being a vegetarian in a meat eating world, but if these seem glib and dowdy subject matters for what is normally a shiny and jolly platform, the pop song, then think again.

In one song he spoke autobiographically of wanting to be asked out on a date by someone but being too shy to do so. As a way of releasing steam, the lyric went, he channelled his energy into ‘writing frightening verse/to a buck tooth girl in Luxemburg.’

He also had the courage to write a song called ‘Girlfriend in a Coma’, but what came through was not a grim world of hospital beds and drips, but a quite tender love song that was based in the real world of love, of pain and exhilaration. There is always a sense of gallows humour in Morrissey’s inky pen and this is what has won him legions of fans and will continue to win him legions of fans in the future. 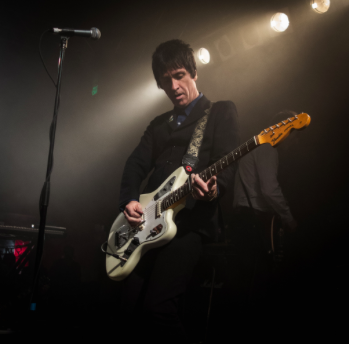 The social commentator Michael Bracewell, a stalwart of the BBC and a twitter presence famous for a counter cultural take on life, made a famous documentary about Oscar Wilde.

Bracewell made a well-known comment that when he was a boy he had two posters on his wall, one of David Bowie, and one of Oscar Wilde. As he grew from teenager to man he said that the one of David Bowie was taken down, sadly at first, but happily in the end. But he was quick to point out that the poster of Wilde he was never able to bring himself to take down. In the 1980s it was much more difficult to be adulating certain cultural references and Oscar Wilde, the infamous Irish playwright whose wit was as famous as his prison sentence, was a tricky person to champion.

But Mr Morrissey was always quoting Oscar and in many of his videos, often accompanied by bicycle-wielding, glasses-wearing geeks, he would always hold aloft a picture of Wilde.

But cultural currency often lets its true worth be known in one two or three decades hence. Who could have predicted that Madonna writhing around on the floor in a wedding dress in 1985 would be later seen as cultural brilliance. Will we look back in 2035 at Miley Cyrus writhing about Robin Thicke and various concrete destroying wrecking balls?

No one can say as yet, but our point is that Morrissey always championed the underdog. This unswerving innate sense of future cool was something that stands Morrissey and Marr in very good stead in terms of their cultural significance and ability to withstand the pressure and general disinterest that time creates.

What is often misunderstood about Jonny Marr is his technical and innate brilliance as a guitar player. Marr was born in a time when thrash metal was popular and being loud and unsubtle as you could be was seen as a positive thing. 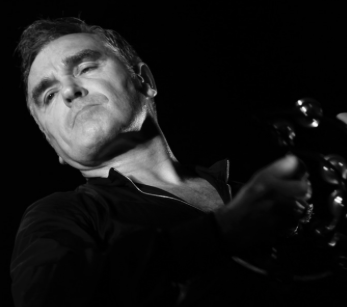 Marr, who was softly spoken and to a degree introverted, was breath of fresh air who brought a certain subtlety to guitar playing. He has gone on record many times stating that American folk guitar players were his true inspiration. And although it is probably unfashionable to think of Joan Baez and Joni Mitchell as being cultural leaders, there is a lightness and a brilliance and flexibility to his guitar playing that really has the masculine energy of thrash and the feminine subtlety of folk.

If you combine that with the wit and attitude of someone as consistent intellectually but culturally other as Morrissey it is no wonder that The Smiths have stayed the test of time where countless other bands have fallen by the wayside. The Britpop gods Oasis consistently refer to Morrissey and The Smiths as their prime inspiration and the British Music magazine NME voted The Smiths as the most important band of the last fifty year, thirty years after they disbanded. Who could say any more?