It’s a brutal world out there, or at least, that’s what anyone adventuring the self-styled ‘sword-punk’ RPG wastelands in Kenshi can expect to encounter, very quickly and most harshly, it has to be said.

“You are not the chosen one. You’re not great and powerful. You don’t have more ‘hitpoints’ than anyone else. You are not the centre of the universe, and you’re not special. Unless you work for it.”

These are the key words developer Lo-Fi Games use to describe their offering, which has been in development for over ten years, with the game having already built a loyal and passionate fanbase, during both its early access alpha and beta phases. Players who abhor the idea of their pixel characters suffering defeat in games, need not apply.

Essentially, Kenshi is a huge open sandbox world which mixes elements of Japanese samurai lore, with sci-fi and fantasy, plus a healthy touch of steampunk as the setting, providing players with an open book of sorts in which to write their very own story. Some reviewers have suggested that given it crosses so many genres – mainly RPG / RTS / Simulation – that it’s difficult to pin a particular tag. However, it has sometimes been labelled as Rimworld meets Mount and Blade. 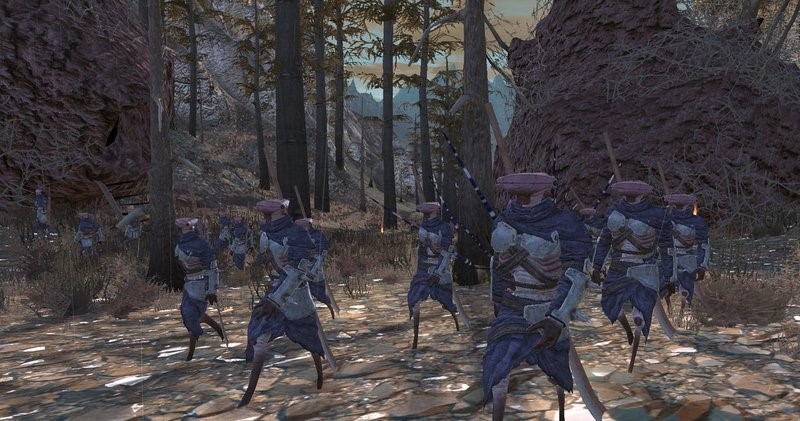 You do get to choose one of several starting backgrounds in this single-player experience, which help to shape how the denizens of the world react when encountered based on racial traits and other options, whilst also offering a certain degree of how difficult your starting position might be. You can either strike out alone with a single character, a small squad, or even choose the ‘Man and a Dog’ scenario with a trusty pet.

What happens from that starting point in Kenshi, is then entirely up to the player. Train up your skills to be a warrior, bounty hunter, trader, craftsman, adventurer, or a mixture of them all, before heading out into a world that features a landmass stretching over 870 square kilometres, which is apparently the biggest of any game since Daggerfall. There’s inevitably quite a lot of grinding to do, but that’s all part of the experience as your characters find their place in this world.

Different parts of the world are populated by a wide variety of factions. In the north-west, there’s the Holy Nation, religious zealots who are intolerant of other races, so unless you’re of the same race and ideals, expect problems travelling there. Likewise, in the north-east, the United Cities rely heavily on slavery to drive the wealth of their nobles, with slavers happy to slap your characters in chains, as soon as look at them.

Compared to the human groups of those two factions, along the western coast are the Hive, an insect race of traders who welcome any who want to part with their coin. Or in the south-west, the bone-hided and horned Shek, a warlike race who value strength and courage above all else, with only those tested in battle welcomed amongst their ranks. 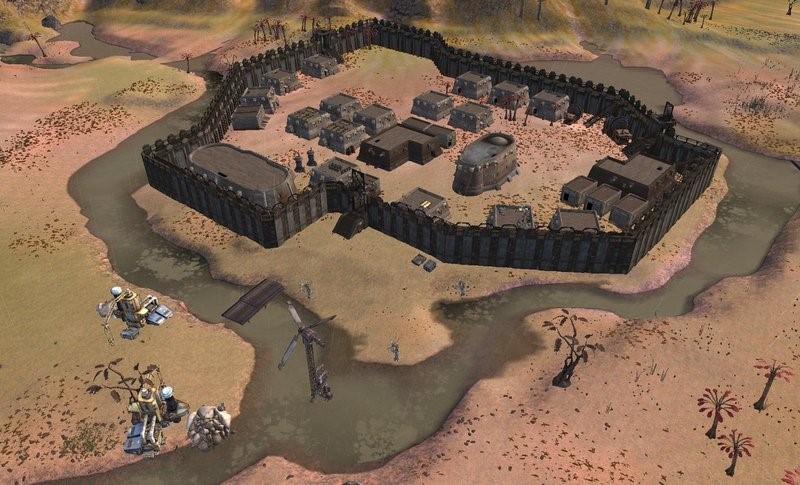 One particularly fun area to the south-east is the Swamplands. Here you’ll find the outcasts of all the other societies, trading in goods and services that are illegal elsewhere amongst the other factions. There are also the gambling dens in the town of Shark where players can try their luck; not unlike checking a casino offer online for those who like slots and table games like roulette, or other games of chance.

If none of those factions or locations appeal particularly, you can even build your own settlement, whether it’s a small fortified outpost, or a sprawling city packed with buildings and lethal defences, ready to ward off the frequently raiding bandits and enemy factions. This adds an entirely different perspective from which to play the game, bringing further depth and aims to strive for.

All in all, Kenshi is a game which is considered to be hardcore by many gamers, due to how difficult it is getting started. Understandably, given this is still an open access game still in the beta stage of development, there are bugs aplenty amidst a lack of overall polish, although updates are released frequently as it edges ever closer to official release.

The final quarter of the huge map was revealed at the Tokyo Game Show recently, which will also introduce additional factions and lore, more answers to the mysteries of the expansive world, and more opportunities for players to quite literally lose themselves in hundreds of hours of gameplay. For any fans of role-playing games, it’s certainly worth following progress or jumping straight into the early access releases, which are available via Steam and GOG.

Can You Become More Skilled at Casino Games? 3 Games You Can Practice For

Will you want to call the Ghostbusters?
Previous Post