Ever have that sinking feeling that your party isn’t going according to plan? You know, when people don’t seem to click, and everyone is sitting in an awkward silence listening to your “party-jam megamix.” So, aside from breaking out the beer pong, what else can you do to liven up your shindig and get people mingling and talking? The answer is simple: and no, it doesn’t involve old video games like Doom on the SNES, although that would be an epic party. We’re talking old-school home games that everyone has tried at some point in their lives.

Yes, it might seem a little silly at first, but trust us on this one, no adult can resist the lure of a game that brings memories of college or even their childhood flooding back. Let’s cross our fingers that those are, in fact, good memories.

First up, we have the good, old indoor obstacle course. Now, this is a game that takes a little imagination and a lot of setting up but believe us when we tell you it’s well worth it. There’s nothing stopping you from setting up a combined indoor and outdoor course, but you’ll need to be certain about the weather.

For an adult course, you’ll need to get a little creative and make use of the larger furniture and cushions in the house. You can also use soft Mattresses from unclutterer lying against a wall or across furniture make for a tunnel while clever use of pool noodles could come into play somewhere, although we’re not quite sure where.

Ideally, your course will have a reward at the end, and if you want to make a real contest of it, you can time each partygoer as they make their way through. As far as icebreakers go, this is an excellent one, and while you will undoubtedly get a few odd looks as people arrive, everyone will soon get into it.

Yes, we did say strip poker. And yes, you can play it without losing all your clothing. The idea here is to have fun and get people to let down some boundaries, and nothing is as good for losing inhibitions as removing various items of your clothing in a room full of friends.

Now, you might think you know how to play this game for the ages, but if you want to play it, do it right. It’s a simple enough game to play, but a clear understanding of the rules will make sure that no one accuses you of trying to keep your shirt through underhand means.

A good idea when playing this game would be to offer your friends hats and a few extras items of clothing, such as gloves or even floral garlands. This way, no one will ever lose all their clothing, and all will enjoy the fun.

Next up, it’s the legendary game of Simon Says. Did you know that the original Simon was an Earl in England who captured King Henry III and countermanded every one of his orders? The game goes back further, but it’s believed that this was when Simon Says as we know it was born.

It will feel quite awkward at first, so it’s super important to have a clear set of commands written out. That way, you don’t get stuck trying to think of something to say. And try to think of a few engaging moves that will get folks talking like “Simon says hug the person to your left” or “Simon says hold hands with the person on your right.”

You’ll need to get creative and fast if you don’t want people to get bored, so think of tasks as much as actions. “Simon says find three things that begin with the letter ‘E’” is a good one as it’s hard to find enough items. Just make sure you have no eggs in the fridge, or you could end up with a messy floor. 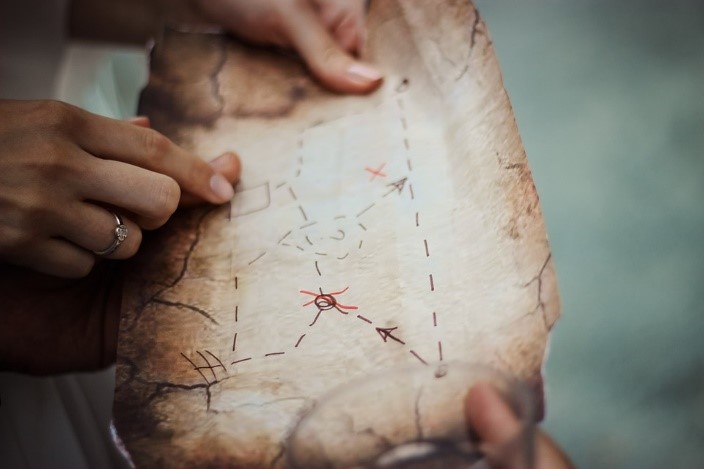 Now, this is an excellent good one as it can involve clues and a hunt through the house and garden. It will take a bit of preparation on your part, but it’s another that is well worth the effort. This game probably won’t get as many raised eyebrows as our other suggestions, and it’s much simpler for guests to take part.

Make sure that your treasure is suitably ridiculous and something that the winners can take home. No one wants to lose if there’s a case of wine on offer, but they’ll all cheer on the winner if they take a plastic toy home.

To make this game a little less competitive and a little more interesting, you can get creative or make up different clues and have a treasure for each team of hunters. Meaning everyone goes home a winner and all can play at the same time without trying too hard to beat each other.

Lastly, we have the most popular game of all time (disclaimer: we have no idea if that’s true!), hide and seek. You’ll need a decent-sized house for this game, and to make sure that you have looked inside all your closets and under your beds to protect anything you want from prying eyes.

You can play straightforward hide and seek or you can make it interesting by having a home point that everyone hiding must reach, which is usually where the seeker counts at the start of the game. If the seeker sees anyone at any point, they are out.

Hide and seek is such a fun game that is sure to get everyone talking and having fun. Just make sure the house is spotless before you start!

As far as icebreakers go, we’re pretty sure that these games will have you covered. And if you’re feeling adventurous, maybe you could combine a few for one monster game night. How well would strip poker and hide and seek go together though?