Combat Reloaded is the kind of comprehensive first-person shooter game that appeals to everyone. It’s perfection for noobs and professional gamers alike because everyone can play on the same levels. And those that have a problem competing on the same levels with everyone can create their own custom games with passwords for rank-specific players, like themselves. No harsh words, no negative vibes—just lots of combative, competitive fun.

There are 6 modes to Combat Reloaded on Poki, each with a different but solid objective that allows players to climb the ranks of the game overall.

Team Deathmatch is a team classic, where you and your posse of carnal gamers pick off your opponents. You can go into a TDM at random. Or, you can create your own and ask your friends to join.

Deathmatch is a free-for-all. Go in with your guns a-blazing and pit yourself against other free-for-all gamers until the end.

This mode is lots of fun for those that like stealth shooting from sky-high hiding places. Hone your firepower and accuracy skills with pick-offs of enemies that too-often come out of hiding.

Combat Reloaded boasts the usual classic weapons, like grenades and melee devices, but the Gun Game is all about…you guessed it…guns. Other weapons are obsolete in this mode. You have a limited number of guns, limited ammunition, and limited time to knock off your adversaries.

This mode is a “go crazy” for first-person shooter games. Berserkers were once Norse warriors, all fighting for dominance in wild frenzies and indiscriminate bloodshed. That’s what this mode is modeled after. You get your weapons and go nuts, racking up kill counts on whoever happens to stand between you and ultimate victory.

This Combat Reloaded mode is all about walking corpses, kind of like Resident Evil on the web. You can play in either teams or solo, but there are shambling corpses to contend with around every corner.

If you create a username, you can save your progress and become one of the best-named players in Combat Reloaded forums and boards. Or, if you’d prefer to play as a guest, you still get all the benefits of the gameplay, but without the saves and rank remembrances. 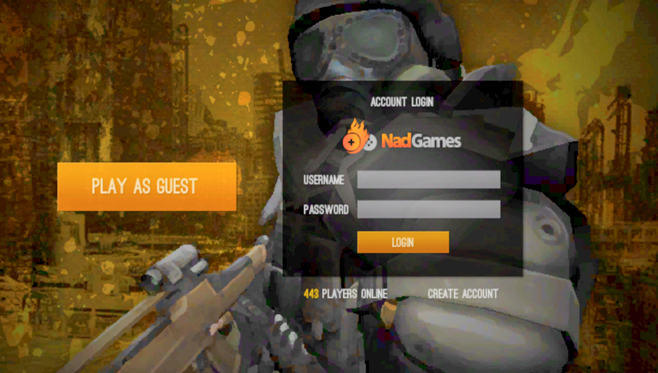 Controls for Combat Reloaded are classic and simple. Hence, they are easily mastered for any kind of web gamer with a reliable PC.

F – Pick Up Weapons and Ammunition

Serious Competitions or Leisure Play? Choose Your Maps Based on Your Moods

Map choices are some of the highlights of Combat Reloaded. Commonly, when gamers think of a first-person shooter, they envision maps like Halo or Doom. You know, maps that are dark, dank, well-thought out, and kind of creepy, with plenty of places for aliens, monsters, and human enemies to hide. And there are certainly a few of those kinds of map themes in Combat Reloaded. These are for the more serious competitors; those that rely on the classic themes of these maps to set their first-person shooter mood.

For more leisure gamers, there are themed Combat Reloaded maps that lean towards funny, quirky, or downright fun. For example, you can blow zombies away in Bikini Bottom, where Mr. Krabs and Spongebob Squarepants make their homes. Or, you can host an epic team deathmatch in the cubic worlds of Minecraft, the historic sites of Macchu Picchu, or the build-a-city landscapes of Lego World. 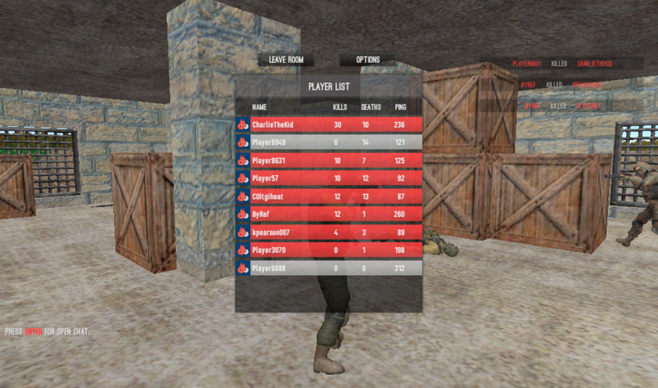 Random Teams? Your Own Deathmatch Posse? Take Your Pick.

Aside from being an everyone-can-play first-person shooter, one of the perks of Combat Reloaded is the option for teams. As soon as you log on and the main page loads, you can pick a game that someone else has made. The stats show you what kind of game you would play, how many players are allowed at once, and if there are any available spots. These teams are random, and you never know who you might wind up playing with.

However, if you have friends on Combat Reloaded, you can create your own deathmatch posse with a custom-created game. Choose your player numbers, mode, and map—then set a password that allows only you and your buds into the arena.

Solo gamer? There are options for that too. Pick deathmatch or sniper for solo options, where you can climb the ranks without sharing the glory with anyone else.