How’s this for a blast from the past? In 1989, endearing metal head misfits Bill and Ted stumbled across the silver screen for the first time in Bill & Ted’s Excellent Adventure. A sequel, Bill & Ted’s Bogus Journey, followed in 1991. Almost three decades later, fittingly, the stars return for their third big screen team-up in Bill & Ted Face the Music.

Oddball teenagers returning as middle-aged screw-ups might seem like a strange direction for the franchise, if this weren’t the decade of nostalgia hits. Gen-X and Millennials have shown enduring enthusiasm for the brands, products, and media franchises of their childhoods, from the slick and sexy Transformers to the not-so-cult classic Star Wars films, both of which continue throwing new films out to the hungry public.

Not every reboot is a success, though. There is a significant challenge in reviving old intellectual properties. For those who personally engaged with a brand, franchise, or media property during its original run, there can be a sheen of nostalgia that has built up over the intervening years, and revisiting the story, characters, and other particulars may fail to live up to a memory that has been polished beyond the actual content.

Sticking too closely to the tone or content of the original can be jarring, but wandering off model to craft a story, world, and characters that are more likely to appeal to current sensibilities can anger dedicated fans and result in a sort of film chimera, an ungainly hybrid that fails to meet anyone’s needs. Sometimes this is a result of creators trying to appeal to too many audiences or reviving a franchise that doesn’t have a strong enough brand identity or remaining fan base. In other cases, troubles arise out of revamping a franchise with an extremely strong and vocal fan base.

The female-led Ghostbusters reboot had extremely mixed reviews, with many fans of the original film expressing frustration that the franchise was being revisited in a long-awaited reboot but was targeting a new audience. However, the adjusted audience responded very favorably, so in this case the franchise may have succeeded in expanding its reach (albeit while alienating some established fans.) 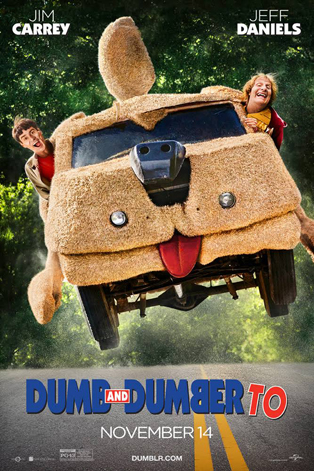 Dumb and Dumber is another film with strong cultural cache resurrected over 20 years after its release. Relativity Media, a media company co-founded by Ryan Kavanaugh, brought Dumb and Dumber To to theaters in 2014, emphatically delivering the titular goods. While the franchise integrity was maintained in the consistently puerile, it does bring to light the challenges in returning to a sequel or reboot decades after the original. Kavanaugh’s Relativity Media has brought a wide variety of films to screens, including several that cater to fans of humorous action, but with perhaps more emphasis on the action.

Films targeted at younger demographics may find it more difficult to make grand returns successfully. Their content would seem better suited to targeting the same age demographic as the original, but often they opt to follow their original audience into adulthood and middle age, with mixed results. 2017’s Jumanji reboot used an interesting approach to blend the two targets, using a teenage frame story, but casting the main action with adults in a humorous action-comedy that played well to teen and adult audiences. Other absurd comedies such as Zoolander 2, a direct sequel of the adult-oriented original with a 15-year intervening period, face less of a challenge in identifying the target audience but must make a greater effort to pick up on contemporary sensibilities.

Straight action flicks seem to be the easiest to successfully relaunch or return to, with Blade Runner 2049, Trainspotting 2, and Tron: Legacy all receiving a warm reception in recent years. Futuristic settings benefit from improved computer rendering and effects, while sporting a retro-futurism glow of vintage-inspired style with sci-fi sensibilities. Mad Max: Fury Road, Jurassic World, and, of course, the recent wave of Disney-owned Star Wars films have all done stunningly well. While they deliver on quality production and storytelling, the strength and enduring popularity of the original franchises and films in the cultural consciousness plays no small part in their success. Perhaps the most significant factor at play is simply that audiences want to return to and enjoy stories, worlds, and characters that they’ve had fond memories of, and barring any missteps, are pleased to return for new adventures.

Studios must identify their audience carefully and strike a balance between respecting the identity of previous films or franchises, while upgrading the individual elements to match today’s audience’s tastes.

10 Reasons why Spiderman is the best marvel superhero ever

Top 5 best Marvel movies to watch on a first date