Geek chic is back in a big way, and models of consumption are beginning to reflect that fact. More than ever, ‘regular’ people are flocking to board game cafes and tuning in online to gaming livestreams and let’s plays. The resurgence has been noted in small publications such as Weird and The Believer to juggernauts like The New Yorker, and with the increasing popularity of this Nerd Renaissance, people are paying good money for a ride on the bandwagon.

A lot has changed in the zeitgeist since the early eighties, when geek culture (and its myriad subcultures) were seen as a threat to the status quo. The 1982 TV film ‘Mazes & Monsters’ starring a then-as-yet-to-be-discovered Tom Hanks is probably the most widely remembered artifact of the anti-Nerd paranoia of that time.

The decades passed, as games, films, and cartoons based on Dungeons & Dragons popped briefly into the cultural lens and then disappeared again just as quickly — like a flickering glamer. High school and college kids played the game, of course, but they hid it from their friends, and anyone who played the game throughout the 90s and the aughts remembers the shady get-togethers and the whispered Polari that came as a kind of baggage along with being part of a D&D group.

But then in the late aughts and especially in this recent decade, things began to change, and the game — along with its players — experienced a paradigm shift. According to Dan Harmon, creator of Community — who leveraged his creative clout and love of gaming to create the extremely popular web series, HarmonQuest — the advent of the Internet broke down the walls that kept nerds stuck in small, isolationist microcosms. We were always geeks, he says, we simply didn’t know how to break it to one another. For Harmon, being a nerd was never about IQ — it was about focus and taking one thing very seriously. 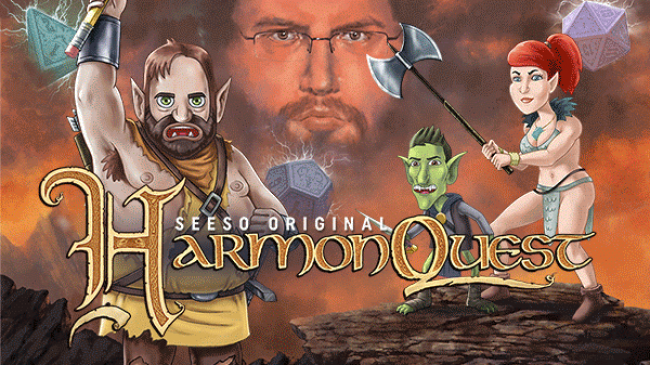 The Internet revealed to the world that we were all nerds in one form or another. Ta-Nehisi Coates, author of the incredible Between the World and Me outed himself to geek culture when he said that Dungeons & Dragons was, along with hip hop, his “first literature.”

This renaissance of geek chic is affecting not only how we think and speak in 2018, but also how and where we spend our money. When D&D’s fifth edition was released in 2014, people began buying up the books with a zeal never before seen in the game’s nearly 50-year history. “More people are interested in D&D than we thought,” said Mike Mearls, the game’s head of development, as print runs sold out again and again.

Though an individual player’s commitment can fall anywhere on a vast spectrum, anyone who plays the game will attest to having bought that little extra something to make the game more fun. Online classified sites have long been a place for players to find a certain accoutrement to suit their game. Online classifieds often offer deals and opportunities buyers wouldn’t find elsewhere, and while consumer needs vary wildly — from trying to find the best prices on a Jeep to scoring a copy of a long-out-of-print D&D module like Ravenloft or The Temple of Elemental Evil to run for your gaming group, this is a key hunting ground for buyers looking to get their hands on rare or popular items. For Dungeon Masters, the group leaders who design and run the encounters the other players face, money is often spent on buying old maps or the art supplies to make your own from scratch.

Whether they’re buying the newest editions and adventure modules at hobby stores, or buying up dice and figurines online, today’s consumer is spending more and more as the hobbies they love become more ubiquitous.

Where Geek chic will go over the next decade is tough to tell, but the renaissance of nerd culture has likely not yet reached its apex. As consumers continue to spend more and more money, the subcultures of gaming and geek media will become more and more ubiquitous — which is good news for anyone who loves to pull out a dusty old map and get to some serious gaming every once in awhile.