According to a study released by digital currency exchange service Worldwide Asset eXchange (WAX), 75% of gamers in the United States support the idea of using cryptocurrencies to pay for game-related transactions.

The report, which was based on opinions gathered from 1,000 gamers around the country, found that 55% of gamers had already used cryptocurrencies in the past for other purchases outside of gaming and exactly half had some digital money in their possession. Yet, only 13% of those surveyed had managed to use cryptocurrencies to make in-game purchases as many systems still do not support their use. Clearly, not only do gamers support the use of digital cash in their virtual worlds, but they’re already becoming acquainted with how it all works.

This was further proved by the fact 75% of those surveyed agreed that using digital currencies to make in-game purchases would be a lot easier than current established payment systems, while 66% saw the security benefits of using cryptocurrencies and 49% would support their use due to low transaction fees. In total, 64% of participants believed that current in-game payment models needed to be improved, probably by the addition of currencies such as bitcoin.

“The widespread usage of cryptocurrency in online video gaming is imminent,” William Quigley, CEO of WAX Token stated after the report was published. He went on to state that the results of his company’s report were pretty clear: gamers are extremely tech-savvy and the majority of them want cryptocurrencies to be a big part of their gaming experience to make small yet frequent transactions. 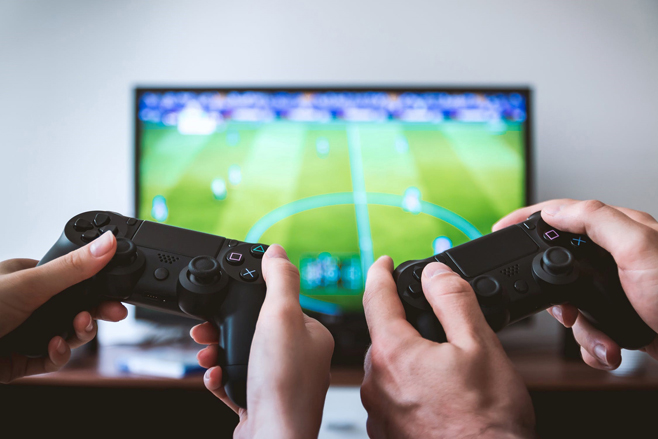 Fortunately, there are already some sectors of the gaming industry that have embraced cryptocurrencies. Microsoft added bitcoin as a payment option for Windows and Xbox users all the way back in December 2014, though there were recent issues that have led cryptocurrency enthusiasts to worry. A more stable option for digital money users has been the iGaming industry, as numerous online casinos have accepted bitcoin, litecoin and other cryptocurrencies for years now.

In fact, there are even successful online casinos that don’t accept traditional currencies at all. Instead, they deal entirely in cryptocurrencies siting that digital money is surely the best option for digital games. Now, you can find and play everything from the best litecoin dice games to award-winning bitcoin slots all across the web, as developers and users alike seem to agree that cryptocurrencies are a great option for online gamers.

Hopefully, as console and PC game developers begin to notice just how much support cryptocurrencies have from all parts of the gaming community they will begin adding the likes of bitcoin, litecoin, dash, dogecoin and others to their list of payment methods. Of course, we’re always interested to know what you think so please let us know if you would support the addition of cryptocurrencies to your favourite titles.

Have you used cryptocurrencies in the past and would you recommend them to other gamers? Let us know in the comments below.

Who Will Win eSports’ Biggest Prize?