THIS PLACE IS SUCH A SAUSAGE FEST, HUH?” yelled a bloke over the electronic music of the club. I can’t tell if he was bothered by ‘the lack of chicks to pick up’, or by the infamous lack of diversity in the games industry.

The Game Developers Conference (GDC) last month brought in close to 30,000 aspiring games workers and established industry gurus of mostly white men in their 20’s to 40’s to San Francisco. Picture seeing long lines for men’s bathrooms and none for the women’s.

Two tensions of gaming culture emerge from the ambiguity behind the ‘sausage fest’ call out: one which refers to a hypermasculinity tied to a construction of a specific gamer identity from the 80’s, historically objectifying women and alienating femininity; one which refers to a growing awareness of the everyday harassment and marginalisation of women in games, the recentering of conversations asking for the inclusion of all folk and the returning backlash to feminism from those clutching onto a retrograded ‘no-girls-allowed’ space in games.

This article explores the state of the games industry through discourses around the drinking culture at GDC. What we find when we unravel these conversations – such as those questioning “to drink or not to drink,” mantras of “it’s a marathon; not a sprint” and the heeded advice to “pace yourselves, travel in groups at night and take off your GDC badge on the street” – establish GDC as a space built on anxiety.

My preparation for GDC was hypervigilance.

Across social media platforms, womens groups shared their US local phone numbers, just in case we needed a friend or backup. My preparation for GDC was hypervigilance.

Various satellite parties take place around GDC, to showcase demos alongside drinks. At one of them, I see a woman wedged between two display desks and a column by a man trapping her with one hand over her head and another which swayed a beer bottle – red flags. I give her ‘an out’ by asking if she could answer some of my questions. We end up talking about how she had just come back-to-back from the Train Jam – she embodied exhaustion with a weary smile. It is the day before GDC starts, and already people are telling me that I could expect things to become worse as the week would progress.

Depressingly, sexual harassment was something many women expected while trying to do their work at GDC. In the aftermath, stories such as those shared by Ally Mclean (Robot House, recently released RUMU) were painfully common to read:

“On three separate occasions […] random men with GDC badges would insert themselves in our conversations, asking inappropriate questions about our ages/if we had boyfriends/trying to buy rounds of expensive drinks. My US friends were quick to tolerate and brush this off as normal behavior at an industry event???

What these men thought they could get away with in a work setting was disgusting. Burn it to the ground. Guys: If you’re ever unsure if a woman is at an industry event to Do Work, just assume she is. Assume she doesn’t want to exert the emotional energy to fend off your advances while keeping herself safe. And then just walk into the sun.”

When your career and livelihood is at stake, there is little room for people to escape uncomfortable interactions, and even more so for those who are already marginalised and pushed from the center of an industry. Despite neoliberalist sentiments promising equal opportunity, the games industry is not an even playing field.

Talking to potential colleagues and employers is important for aspiring games workers. Meeting the right people, who like you, can be worth more than the positive reception of the game demo you show on the exhibition floor. Meeting the right people, who want to help you, can be worth more in the long run than what you get out of listening to one of the conference’s talks. So, as a popular social lubricant, getting your drink on can be a wildly successful networking tool.

But then imagine: going to networking drinks and worrying that your drink might get spiked, having your concerns dismissed by a male friend when he refuses to mind your drink when you ask him, then waking up the next day reading about a roofie scare; having dinner with work colleagues and a senior in your field makes a point to let you know that people like you deserve to get sexually assaulted because of how they look; having people constantly question your position and if you “deserve” to be working in the industry – already assuming that you are not deserving of their time – because of your race, gender, religion or sexuality. Because these things happened. One of the horror stories of the week was a mugging of a GDC attendee who had a few too many drinks and his three attackers saw him as vulnerable. These are only some of the stories that trickled back to me and there would be many more that are going untold.

Interest in alternative non-alcohol focused events has grown in recent years. Events such as the Cozy Alliances Tea Social (by Pixelles, I Need Diverse Games & Game Developers of Color Expo) held in the Moscone conference center and the Unparty (organised by Charles Hans Huang) held in an art gallery, found their spaces full of diverse attendees. The Unparty implemented a policy that encouraged it’s attendees to begin a “shhh” if someone felt the noise was getting too overwhelming. Curiously, breakfast was the most popular time slot for meetings. As someone who doesn’t drink alcohol, Osama Dorias, in his moving presentation on A How-To Guide for Muslim Representation in Video Games gave a reminding avocation to include Muslims in gaming. As started by Dorias, holding meetings over ice cream at Ghirardelli is now cherished by many GDC attendees as “the Osama tradition.” The discussions around non-drinking alternative events remind us that there are other possibilities than boozing it up.

Drinking and drinking too much is discussed as an essential part of the GDC experience, not just in networking, but also in coping with the stresses of work. One of the fun parts about the week is being allowed to let your hair down, have a good time and make new or catch up with friends. Even doctor in psychiatry, Dr Jennifer Hazel (Founder and Executive Director of CheckPoint), had to admit – jokingly – in her talk An Evidence-Based Mental Health Model for Game Developers that she couldn’t tell her audience “to not drink at GDC.” 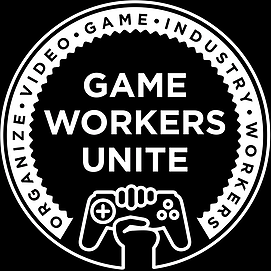 Typical of creative industries, making games is often seen as “a calling.” The games industry is increasingly populated by “the precariat” through the normalization of flexible, unstable and short-term contracts. Only 66% of the games workers are permanent employees and only 35% have worked in the industry for more than a decade. Multiple sources of professionals in the industry indicated that the average career in games was three years before burnout. Creatives are easily exploited and will overwork in crunch time because they love what they do. Workers on games often don’t see it as just an income, but something that is part of their self-expression. 65% of workers face crunch time, working from 50-59 hours (35%), 60-69 hours per week (28%), up to 70 hours (13%) in crunch. A labor of love pushes workers into unloving working conditions.

It’s no wonder why the incendiary Union Now? Pros, Cons, and Consequences of Unionization for Game Devs Roundtable hosted by IGDA materialized as a central conversation out of GDC.

Karl Marx’s theory of alienation argues that capitalism alienates us from the processes and the products of our labor. This alienation is reproduced in how we end up treating each other: as a means to an end; as things; as resources. The need to unionize reflects the need to advocate for all workers to be given their humanity and be treated as an end in themselves – as people. The goal of a union is to help workers communicate their needs and advocate for livable working conditions and livable wages, so that people have enough of a stable income to survive, eat, and have shelter.

It’s no wonder why people are hurt by the IGDA Union Roundtable. Treating someone humanely shouldn’t be up for debate and it’s insulting to turn it into one. Even if a union isn’t a quick fix for all of the industry’s problems, it doesn’t mean that it’s a “con” and it doesn’t conclude that we therefore shouldn’t unionize.

At the heart of all of this, alcohol is only one symptom of a deeper problem in games: systemic pressure, alienation and marginalization.

Mahli-Ann Butt is a self-proclaimed functioning alcoholic who regularly drinks to cope with the stresses of studying a PhD researching gaming culture at the University of Sydney, being the student officer for the Digital Games Research Association (DiGRA) and the Editor-in-chief of Press Start Journal.