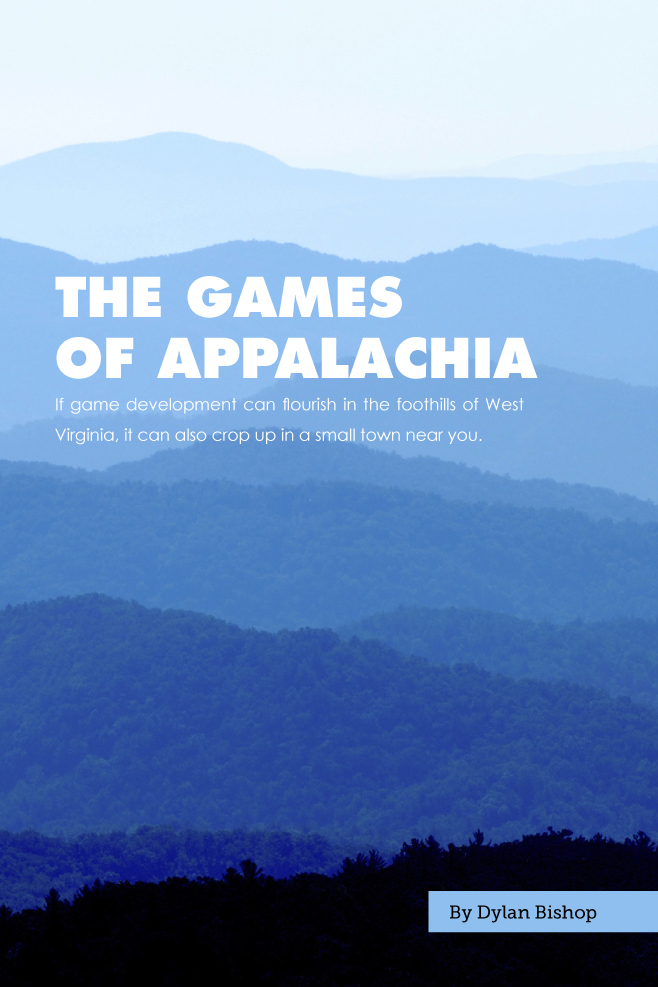 Inflated by the success of the first-ever WVGDE, Joseph reached out to more game developers and personalities in the area. He formed partnerships with more Appalachian developers and schools, and strengthened bonds that were already in place. More exhibition invitations were extended to student programs at Marshall University and Eastern Kentucky University. Joseph got in contact with Multithreaded Games in Portsmouth, Ohio, and asked for their attendance. He even reached out to Huntington resident Justin McElroy, and asked him to do an opening keynote address. Justin McElroy is one host of the podcast My Brother, My Brother, and Me, and also works at Polygon, appearing in video series such as Monster Factory. McElroy accepted Joseph’s request and discussed the benefits of pursuing passions from the comfort of a hometown.

“When I younger, I didn’t dream I could be a game journalist, because those sorts of jobs just weren’t available in West Virginia, and I knew I wanted to stay,” McElroy says now. “That’s all changed obviously with the advent of the internet. It’s been cool, now as a working game journalist, [to] see people have the same realization about game development. Even in a place that feels worlds away from San Francisco, New York and Chicago, you’re able to see these small teams make a real run at it from their living rooms. It’s amazing.”

Joseph states that WVGDE’s sophomore attempt saw a doubled attendance count. “The numbers that showed up that morning were fantastic. I mean, I couldn’t have asked for anything more. The keynote situation worked out perfectly. Things are happening, and I’ve already had people ask me about next year.”

Joseph is trying his best to finalize the Expo’s 2018 dates soon, and is working around Marshall University’s football schedule and other local conventions and events. Until then, he and Daniels have joined forces with a conglomerate of other local developers for a larger undertaking: the Appalachian Game Creators Association (AGCA).

The AGCA aims to be an organization for game developers, personalities and enthusiasts throughout the Appalachian region. It will provide real-world training for college students in the industry, as well as create a supportive network for established developers. The organization is dedicated to building community with outreach events, social gatherings, game jams and, of course, the West Virginia Game Developers Expo.

“We talked about [the ACGA’s name] internally,” Daniels says. “We didn’t want it to be just West Virginia. [. . .] We want to do community outreach; get people that are into making games, and have an interest in making games, [and help them] stay in Appalachia.

“The question is: how do you do that? The big thing is that there has to be stuff going on. With that organization, we want to make sure there’s always a project being worked on. We’re always doing something to help game development get into [. . .] schools and different educational institutions. Putting on events, and just attending local events.”

You’ve been reading an excerpt from Unwinnable Monthly Issue 101.