Like with any industry, early video games mean different things to different people. Some of us look back on the generation of the NES and Master System as being our formative years, whereas others see the PS3 and Xbox 360 generation as their own version of early games. The really early years, those to which not many of us were privy, are generally agreed to have taken place from 1948-1972, where the technology made games not only viable but gave us a glimpse into what the future might bring. In this article, we aim to go over some of the advances of this technology during this period and explain what each of these contributions brought to what we think of as the later real popularization of this industry.

While records make it difficult to pinpoint exactly what the first video game was, evidence indicates that the first publically demonstrated electronic game was shown at the 1950 Canadian National Exhibition. Built by engineer Josef Kates, this game, called Bertie the Brain, was a simple version of tic-tac-toe. Hilariously outdated by today’s standards, this game brought in massive audience interest and participation, as the crowd lined up to try their hand against the multiple difficulties coded by Kates. Despite its place in history, little physical remains of Bertie the Brain still exist, as Kates thought it little more than a novelty which he hadn’t the time or means to preserve.

Further experiments in the 1950s paved the way for the prevalence of simple tile-based video games. These were not dependent on quick, real-time reactions and, because of this, their basic displays and slow nature was in no way a hindrance. Of the many popular games to come out, it was checkers which gave players a real indication of just how complicated these games could get. The checkers game developed by Christopher Strachey in 1952 for an early IBM was a huge hit and raised the expectations of many within and outside the industry. Chess was obviously the next step but the more advanced nature of the game, alongside the greater quantity of possibilities, meant that the rudimentary artificial intelligence took more processing power than these systems could provide.

Into the Real Time

While turn-based games set the stage, it was up to real-time video games to blow everyone away. The very first public example of these types of games was created for a demonstration for the University of Michigan by programmers Ted Lewis and William Brown. This pool game managed to output not only a rudimentary version of real-time collision, it also updated the screen at a massive 40 times a second. Kind of funny, especially when you consider how many games today are locked at 30 Hz.

While interesting and fun, we still needed a more involved look at quick real-time gameplay, and nowhere would this be better illustrated than by a fast-paced two-player game. In 1958, this is just what happened with Tennis for Two. Conceived of and programmed by the American physicist William Higinbotham, this game outputted its display to an oscilloscope. Players competed to hit the simple ball over the simple net, gaining points on each other in the first real-time test of electronic gameplay skill. Over time, this would continue to be updated, as it attracted so many players and constant attention. 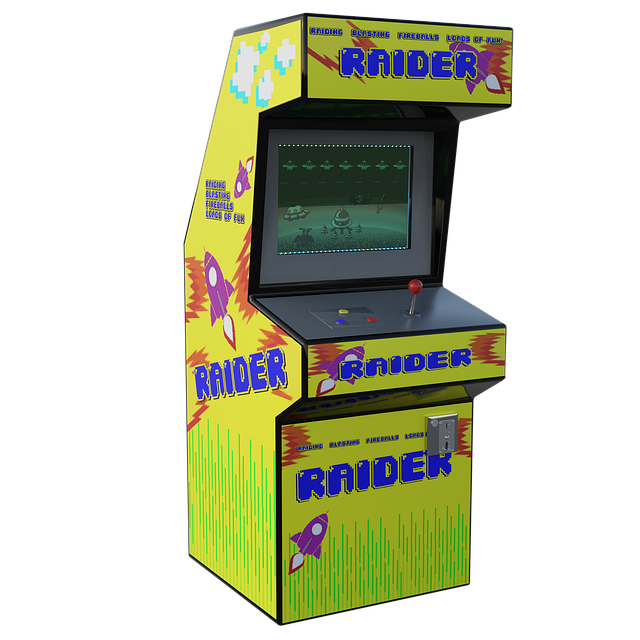 It wasn’t just what we strictly define as video games which led the popularization of the gaming market. Other games, which were also making large strides due to corresponding advances in technology also helped build this relationship and allowed money and progress to be shared across multiple industries. For example, today we have an enormous amount of organizations that only exist because of these early forms of cooperation and shared progress. This includes electronic toys, even as ones which included simple flashing lights; the same can be said for some complicated board games, added electronic components within things like transportation and held-held devices, and the progress made by casinos as they slowly adopted technology like electromagnetic slots into the now enormous market covering hundreds of different games. While video games were often the most impressive when it came to displaying raw progress, their advances were not in a vacuum, and this helped build both the industry of electronics and our knowledge as a whole.

By the time the 1960s rolled around, computer technology was leaps and bounds above its predecessors. At this point, there were not only more powerful machines on which programs and games could be built, the increasing popularity and spread of the industry meant there were a far wider range of individuals involved in the process. More programmers meant more games, more power meant more impressive feats.

Over at MIT, programmers Steve Russell, Wayne Wiitanen and Martin Graetz built a game on the DEC PDP-1 minicomputer which they called Spacewar! This simple dogfighting game was so popular, and the industry had advanced so far, that it was copied onto multiple different machines in different locations. This made it one of the very first games to ever become available over multiple sites, outside of huge singular academic installations.

Forward, to the Past

Over the decades, the early forms of the video game had advanced from a small and supremely expensive curiosity into commercially viable concepts with enormous amounts of public interest. Despite its humble beginnings, this was an industry which had proven itself far more popular than many could predict. Creating these games was difficult; it required a huge time investment and a great understanding of the involved data structure. Playing, however, was simple.

Anyone could learn how to play these games, aided by their initially simplistic design, and almost everyone was interested. This was a new technology, one which showed us a concept which our ancestors would have only dreamed of. Turning electricity, hardware, and coding into something fun and new. While the industry would wax and wane over the years, it was these early steps which paved the way for the industry becoming the unstoppable juggernaut it is today. It also leads us to a funny conclusion – one day, people will look back on the most advanced games of today as relics of a more simplistic age.