This story is an excerpt from Unwinnable Monthly #100. If you like what you see, grab the magazine for less than ten dollars, or subscribe and get all future magazines for half price. 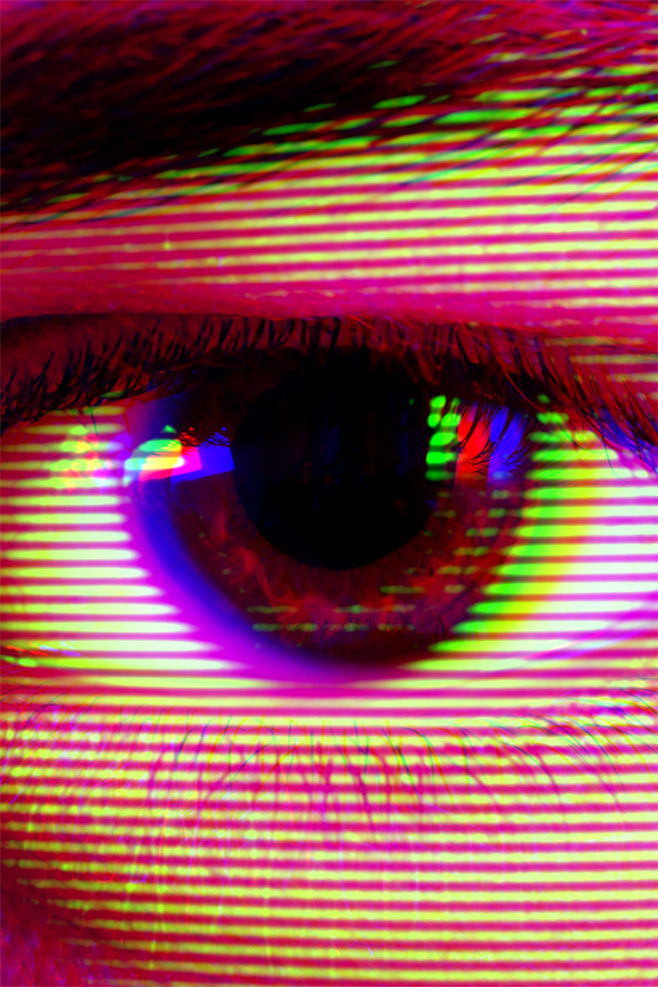 Detective Daniel Lazarski is meant to remind Observer’s players of the tough, neo-noir detectives of cyberpunk past. His trench coat and world-weary attitude are straight out of Blade Runner; the robotic enhancements that alter his perception and allow him to hack into other people’s minds are a deliberate riff on Ghost in the Shell. Like the game he stars in, Lazarski is a totally unsubtle evocation of the giants looming over Observer’s dystopian, cyborg-obsessed sci-fi. At least until he speaks.

Portrayed by Rutger Hauer (of Blade Runner’s “tears in rain” scene fame) Lazarski croaks each line like a barely animated corpse, sentences as simple as offering his own name at the beginning of a conversation tumbling out in the strange, unpredictable rhythms of a tired free jazz drummer. In other moments, he speaks like the tired, paycheck-cashing stunt actor players expect – as competently gruff as a million fictional aging detectives before him. Not wholly bad (or, don’t get the wrong impression, entirely good either), his performance reflects the game’s idiosyncrasies – familiar, but slightly off; attempting to reach for alien heights before falling down to safer reference points. It’s loveable and admirable just as often as it’s frustratingly derivative.

This is typical of Observer, which can never quite decide whether to focus on what it does best – flights of absurdist imagination – or worst – tired embraces of well-worn genre conventions. As Lazarski, players move through a rundown apartment building in 2080s Krakow, trying to get to the bottom of a murder mystery involving the detective’s missing son. Cramped hallways flicker with bright blue light, janitor robots patrol between piles of discarded bricks and computer cables and each crowded apartment room is filled with the chunky CRT monitors of retro-futurist computer terminals that whir and bleep the characterization of 1970s high-tech. Outside, rain lashes the windows and neon signs with animated advertisements light up the night in technicolor. It all looks great – and an awful lot like decades of genre aesthetics have trained us to expect from cyberpunk.

Observer seems like beautifully rendered mundanity until the game first prompts the player to insert a computer cable, ejected from Lazarski’s arm, into a port beneath the mangled flesh of a dying man’s neck. Then, everything changes. Lazarski is sucked into the man’s memories and he finds himself in a version of the same apartment. Only now, all rules of physics and common sense have vanished, replaced by the irrationality of an individual mind.

As he explores the brains of the dying and dead victims recently struck down by the apartment’s elusive murderer, scenes describing their thoughts and memory become increasingly surreal. In one, we enter a prison populated by glitching, shadowy silhouettes before the game cuts with no forewarning to a dance club filled with flashing lights and pounding bass. Single steps forward often unexpectedly transition the scene, completely changing the architecture of the environment, with bewildering intensity. An impossibly long hallway might stretch out into darkness, its walls turning into stacks of washing machines. Turning around could reveal a room right behind the player that didn’t exist a moment before. To progress, it might be necessary to tug a floating television set around by an umbilical-like power cord, listening to its infantile sobbing on the way toward another room. Like a living work of installation art, the game devotes its virtual environments entirely toward conveying specific emotions, using the illusion of physical space to provide a sense of inhabitation it can distort at a moment’s notice…

Reid McCarter is a writer and editor based in Toronto whose work has appeared at the AV Club, GQ, PC Gamer, Kill Screen and Playboy. He is the co-editor of Shooter (a compilation of critical essays on the shooter genre), edits Bullet Points Monthly, co-hosts the Bullet Points podcast and tweets @reidmccarter.

You’ve been reading an excerpt from Unwinnable Monthly Issue 1.

Speed Dating for Ghosts: A New Lease on Death