When you think of comics, you probably think of heroes, villains, superpowers, the supernatural, aliens or even talking animals. What you likely don’t associate with comics is gambling. That said, gambling and comics have a long history that has transformed quiet dramatically over the years. To date, there are several gambling comic books that feature storylines around gambling and/or characters who like to gamble. What’s more, today, the love of comics has grown so much that many of the industry’s most beloved characters are now found in slot games on the game floors of land-based casinos, as well as in the digital lobbies of online casinos. Still, you might be wondering: “When did the relationship between comics and gambling begin and how did it evolve?” Here’s a look.

In the early to mid-20th century, comics didn’t just provide entertainment. No, the superheroes of this generation also had moral lessons to share, including the dangers of gambling. More specifically, the history of gambling in comics points to two Superman stories from the 1940’s worth noting: “Superman and the Number’s Racket” and “The Gambling Racket in Metropolis.  Both tales focus on suicidal gamblers who are saved and helped by Superman.

In fact, the Man of Steel was so troubled by his encounter with the gambler in “Superman and the Number Racket” that he goes on a war path against all of Metropolis’s gambling syndicates.

Overall, the negative representation of gambling and the clear moral lesson designed to warn children about betting activity was the same for both comics: gambling ruins your life. 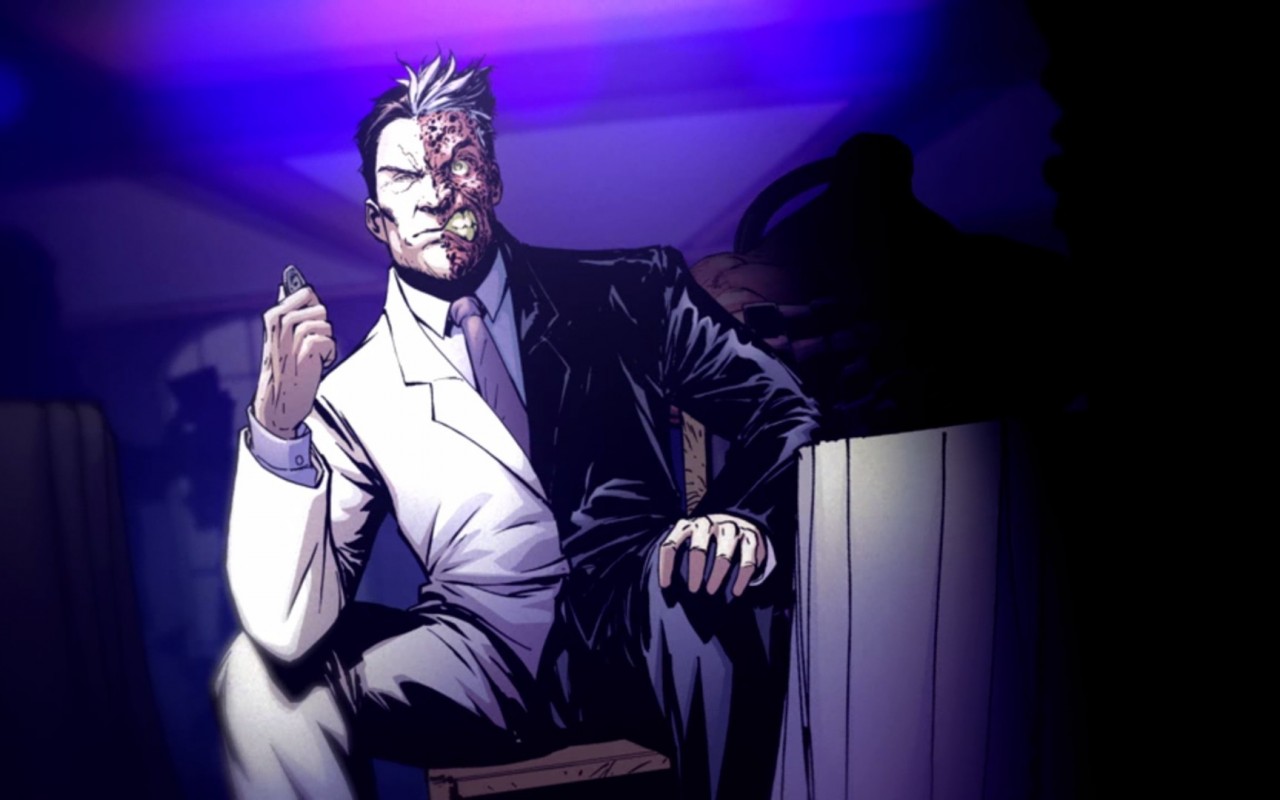 Gambling villains with depth – the evolution of Two-Face

As the 40’s progressed, gambling villains began to appear in comics. Perhaps the most notable during this time period was The Green Lantern villain, The Gambler (Steven Sharpe III). If this character’s name isn’t telling enough, he was famous for his gambling addiction, which ended up being the death of him. Yet another character used as an example of how gambling can ruin a life.

However, when one of DC’s most famous Batman villains, Harvey Dent, aka Two-Face, stepped into the spotlight in the 1960’s, the representation of gambling in comics began to change. Suddenly, characters who gambled became popular and interesting to readers.

While gambling was still linked to villains, in the case of the obsessive 50-50 bet, coin-tossing Two-Face, he wasn’t just a one dimensional character with a gambling habit. He was a man twisted with flaws, fears and inner demons that made him real and more relatable. Even though it was an important part of his character, gambling didn’t define him. It was simply one piece to the puzzle of a broken madman.

Introduced in the 90’s, Marvel’s mutant Gambit is a popular X-Men and proved that you don’t need to be a villain to enjoy a game of poker. Although certainly not a golden boy hero like fellow X-Men Cyclops, Gambit is an antihero with dark flaws; flaws that add depth to his character. What’s more, Gambit loves cards and they are a huge part of who he is.

Whether he’s playing cards or lighting them up as a weapon with his mutant power, he’s an extremely skilled guy. Not to mention, he’s suave and quite the lady’s man. Gambit’s character paints gambling in neither a negative or positive light. If anything, his love of card playing is one of the more natural and relatable representations of gambling in comics – it’s a game and it’s fun.

With the advancement of technology and the popularity of comics these days, the relationship between comic books and gambling has evolved beyond the page. In recent years, the link between the two, as well as the popularity of comic book characters, such as Batman, Superman, Iron Man, Spiderman, etc., has inspired casinos to pay homage to superheroes and comics by offering their players games based on these hot trends.

It started with comic and superhero inspired slots hitting the floors of land-based casinos in Las Vegas. One of the most popular of these is the Iron Man slot, which is based on the first Iron Man movie (based on Marvel’s comic superhero) starring Robert Downey Jr. Another popular game is Superman the Movie slot (inspired by DC’s comic superhero), which is based on the first film starring Christopher Reeve.

Of course, with the evolution of online casinos, it was only natural for these comic-based and superhero-themed titles to cross over into the digital realm. Among this online casino’s comic slots you’ll find the player favourites Superman Last Son of Krypton, and Jack Hammer, a 1920’s comic strip adventure.

Offering these comic book-themed slots has been a win-win for both casinos and players alike. It has helped casinos grow a stronger following and bond with their customers, while comic book fans get to play real money games themed after their favorite superheroes.

So there you have it, a look at the evolution of the relationship between comics and gambling. What once started as the one-dimensional representation of gambling in comic books – a vessel for villainous activity designed to teach children a moral lesson – eventually evolved into an enjoyable and natural part of popular multi-dimensional characters and storylines.

Marvel vs DC – Which is Better?

The latest gadgetry is certainly not unwinnable

Cloverfield and the Art of the Cinematic Universe