Have you gone toe-to-toe with Akinator? Also known as the Web Genie, Akinator is an all-knowing AI cartoon character. His expansive breadth of brainpower comes from years of algorithmic evolution.

That might sound like a mouthful—and frankly, it is. All you really need to know is that Akinator is a superbly fun game. Have you ever played Twenty Questions with a friend? One person thinks of something (commonly a character or object), and the other player tries to guess what that thing is. Akinator is essentially the same game; instead of playing with a friend, you play against the computer.

As you may have deduced by now, Akinator is a character and Akinator is the game. When playing Akinator online, you always compete against Akinator. There are no other AI opponents or human competitors.

Playing Twenty Questions against a machine could go wrong in many ways. Firstly, the computer must have a reasonably high level of (artificial) intelligence. If the AI engine isn’t advanced enough, it will never be able to guess what you’re thinking. 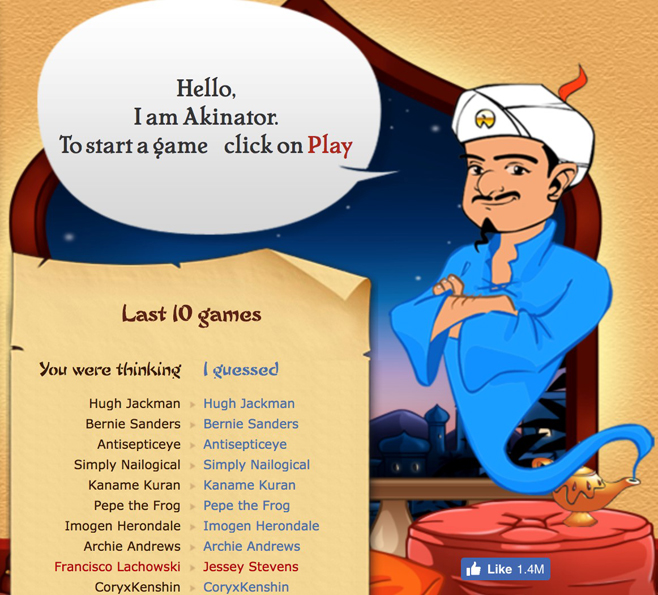 To curb potential confusion, Akinator only allows you to think of characters. The Web Genie can guess any character in the universe—real or fictional. This restriction may initially disappoint, but there are thousands upon thousands of characters from which to choose.

Secondly, the machine must remain up-to-date. Many real characters (i.e. actual people) come from pop culture. Who’s the hottest celebrity? When a new star comes into the limelight, players are likely to choose them in Akinator. Thus, the AI being needs to know the flavor of the week. If not, he’ll never correctly guess “new” people, and the game will lose its luster.

Staying current also requires an updated knowledge of fictional characters. Every new movie, TV series, comic, and video game has the potential to stump Akinator. Continuously updating the AI engine seems like a daunting task. However, that’s exactly what happens.

Akinator “learns” from every round of play. The virtual genius keeps of track of which characters gamers choose. He also analyzes each question and answer. Thus, the Web Genie stays completely up-to-date without manual intervention. Akinator is the future of gaming. It completes millions of games every day, and it learns from every single one. 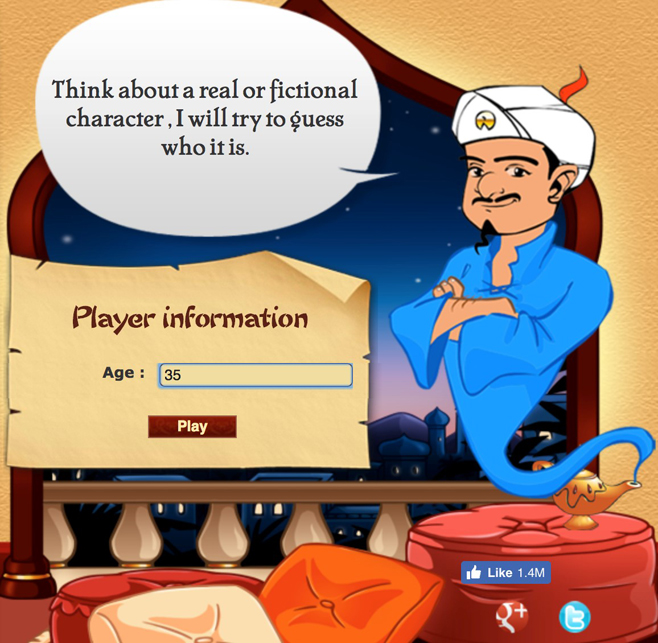 Thirdly, playing Twenty Questions against the computer must be fun. If not, why bother? Akinator addresses this concern on multiple fronts. It has a fully developed, satisfying graphic style. The Web Genie looks like a genie. He resides in a palace, floating among authentic Eastern décor.

Akinator himself is a character. He has a backstory and a personality. Every in-game instruction and question appears in a speech bubble. Akinator “talks” to you, has facial expressions, and moves based upon your responses. It feels like you’re playing against someone—not a machine.

Traditionally, competing against the computer hasn’t always been addictive and fun; in this game, it is. And that’s a major improvement over nearly every previous AI-powered game. Playing Akinator is so entertaining because you’re competing against a humanlike genie.

On the surface, you’re conversing with a cartoon character. He asks questions, and you try to stump him. In reality, you’re feeding text information into a computer. Akinator takes a potentially dry activity and turns it into something special. 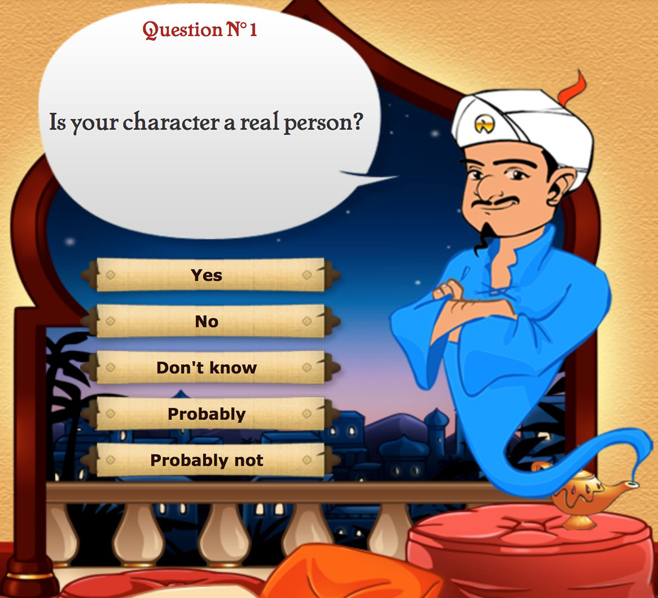 The gaming industry can learn much from Akinator. The core concept of the game (Twenty Questions) is nothing new. But the technology that drives Akinator is cutting-edge. If you’re prepared for a uniquely entertaining challenge, go toe-to-toe with the Web Genie today.

What are your views on this game? Just as with game reviews, you be the critic – be sure to leave your comments below.

Examining the State of Online Gaming in 2018

Stickman Hook Review – By Hook Or By Crook
Previous Post