It was in 1999 that Raphaël Colantonio founded the Arkane Studios after leaving the Electronic Arts (EA) where he previously worked.  He was part of the team that worked on the design and release of system shock and PlayStation 1. However, he left the company because they focused so much on sports titles, and he wanted more of non-sports themed games.

When he set up his own company with finances from his uncle, their major aim was to get a sequel for Ultima Underworld: The Stygian Abyss. However, he experienced some hiccups. EA that owned the copyright to the game refused to offer him a free hand. They said he can only work on the new game with provisions from them, even though one of the developers Paul Neurath supported him. This condition became too much for Colantonio, so he decided to do something similar to Ultima Underworld, but with a different name. That was how Arx Fatalis, their first hit arrived. Since then, they’ve been able to come up with some good games. A list of their biggest releases is given below.

This was thrown into the market in 2002 after the company was opened in 1999.  It is a game that is centered on action and role playing. When it came, it worked on the Xbox gaming platform. It was also compatible with the Microsoft windows operating system. It was actually published by the Arkane Studios in collaboration with the DreamCatcher Interactive and JoWooD Productions. If you count Hot Shot as one of the best slots online, you should count Arx Fatalis as one of the best releases from the Arkane studios.

This is another release from the Arkane studios that made waves all over the world. It has an action and role playing theme, and ran on the Microsoft Windows and Xbox 360 platforms. It is one game that was published by Ubisoft.

Call of Duty: World at War

Another great release from Arkane studios is Call of Duty: World at War. It is a first person shooter kind of game for those who love handling the guns. It came in 2008, and was compatible with Microsoft Windows, PlayStation 3, Wii, and Xbox 360. The publication was done by Activision and some additional work is on-going in the game. Probably, a sequel will come soonest.

The next in the series is Dishonored 1 and 2.  The games are based on action and adventure, and they focus more on stealth. While the first one came in 2012, the second followed 4 years after.  The first one ran on Microsoft Windows, PlayStation 3, PlayStation 4, Xbox 360, and Xbox One, while the later ran on Microsoft Windows, PlayStation 4, and Xbox One. They were all published by the Bethesda Works.  It talked about a great killer that could be hired by anyone who deems it fit. However, when it gets to the Dishonored 2, the killer had to travel to the Karnaca in search of salvation. The fact that it got a sequel amongst all other releases shows how good it was. 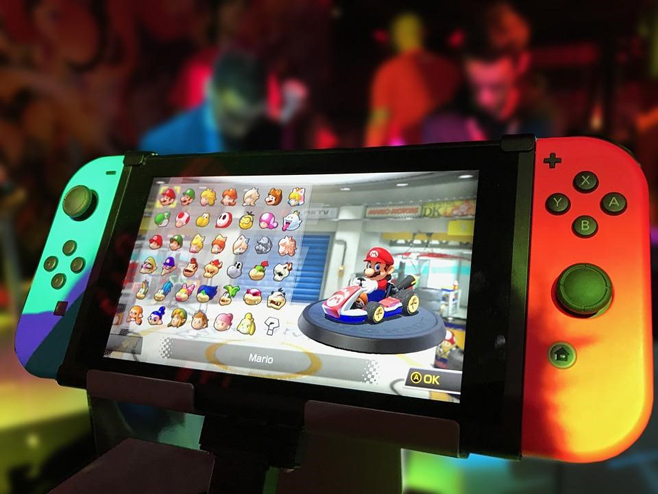 Prey is another game that made waves from Arkane studios. It is about a First-person shooter and it ran on the platforms of Microsoft Windows, PlayStation 4, and Xbox One. This was published by the Bethesda Softworks and it is full of twists and turns. From the writers, it is a game they wrote with passion, and it exudes a lot of details.

Facts About Video Games And Movies

How to change your skin in Minecraft
Previous Post

The Dark Tower and the Razor’s Edge of Mediocrity

On A Lizard in a Woman’s Skin