History dictates that few reunions have been worth the while. Every band has a cosmically brief window to build their legend, so why risk defiling the corpse of your creative work? Usually, the best possible reward is a tip of the hat from a jaded scenester mumbling “I guess they still got it” while she nods politely through your new numbers. It’s both a thrilling reminder of a band’s once white-hot star while concurrently reflecting our own morbid march into routine adulthood. We are loathe to admit our thirst for safety, instead we revel in those familiar records and wonder why there’s no fresh jams anymore.

Of course that’s bullshit. We are the ones who got jobs and started families and all the crap that devours time. So when a band reunites after five, ten, however many years, we’re forced to confront a paradox of time within ourselves: this incomparable group, so integral to my youth, has risen from the ash. But as they are human, they weren’t in cold storage. They grew and morphed and expanded their worldview, hopefully not becoming gaping assholes in the process. They cannot reignite the exact same flame just like I can’t eat 1.5 pizzas in a single go anymore. 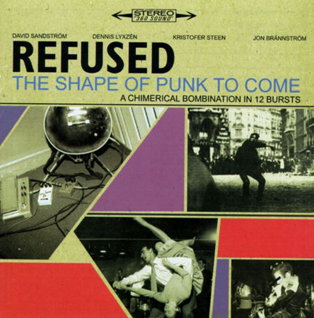 This is to say that of all the recent reunions of late, At The Drive-In and Refused both seemed the most implausible and the most tantalizing. There are several significant parallels between their rises, falls, and reconstructions. Where Refused sputtered out in a basement show busted by the police, At The Drive-In crumpled under the pressures of sudden fame. Their supposedly final records, The Shape of Punk to Come and Relationship of Command respectively, established their legacies as bands that fell before their time. Yet, as a famous space knight opined, once struck down both bands became more powerful than anyone imagined possible – tales of legendary live shows chased slow but steady post-breakup record sales. In time, arguably baited by all that festival cash bubbling around, both bands roared back with most of that same live combustibility.

But shortly after these tour-based reunions, both also lost key members, guitarists whose departures left legitimate questions as to the integrity of any post-reunion output. Already things were far from how they used to be, so both Refused and At The Drive-In were set up to fail by their own hubris, that they dare attempt to create new music under the banners of their (and by extension, our) youth. Never mind our rosy glasses, conveniently forgetting the anti-climatic petering out of both bands: Refused wasn’t quite appreciated in its time and garnered its goodwill through word of mouth and Tony Hawk Underground; At The Drive-In was your favorite band’s favorite band until they melted down on the festival circuit as a one-hit wonder. Still, both groups left totemic final albums, and even if their new songs suck it doesn’t retroactively nuke their old stuff from the annals of your MySpace page. 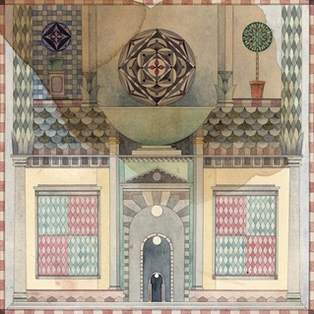 Here’s the thing: Refused and At The Drive-In’s new albums are logical and excellent extensions of their previous accomplishments, though you might not know that from the lukewarm receptions to both. Refused released their comeback album Freedom a couple of years ago to a collective “oh isn’t that nice.” There were some harsh reviews coming down on the production, and mostly middling-to-positive appreciation that the band is still passionately playing the classics live. New vinyl copies can be found on sale for less than $10, heavily marked down and languishing. Which is a shame, because Freedom is not only fantastic, but a clear continuation of The Shape of Punk to Come and the post-breakup projects such as The International Noise Conspiracy’s dancefloor revolutions.

The Shape of Punk to Come is a fusion of hardcore and punk with techno, jazz and the sounds of a world growing more intimate by the second. Its riffs are gnarled and the songs twist around, a studio album through the admittedly meandering end. Freedom is all that and more, a synthesis of the band’s leftist global politics, rock foundation and keen ear for world sounds balanced with a more intimate fury. The drums bellow like cannons, hammering the swords of war back into artistic plows and the guitars ape Zeppelin while spitting out phased acoustics. Unlike The Shape, Freedom knows not to overstay its welcome. It’s a tighter and more focused affair that is still saturated with studio production that serves enhance the songwriting. It’s impossible to match The Shape of Punk to Come in most spoiled ears, but it’s possible that later generations will give Freedom its due as the product of a band still ferocious but tempered by experience.

When Refused started touring after first reuniting, by most accounts the shows were pure fire. It wasn’t initially the same with At The Drive-In, where Omar Rodríguez-López was accused of appearing bored and lethargic though the rest of the band did their part to pick up the slack. A couple tours later an entire trip was cancelled because Cedric Bixler-Zavala was having serious vocal chord issues. ATDI’s return was murky at best. 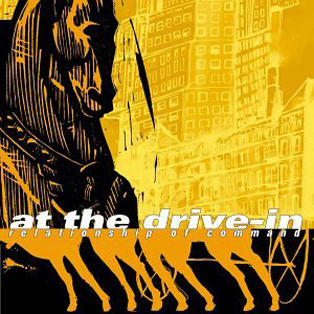 During the downtime though they released the first new song of theirs in more than a decade, “Governed by Contagions” and reception was one of cautious optimism. It sounded like ATDI, but at the same time, what did it mean to sound like them anymore? Every album was fairly distinct, their growth a steady chart upwards until they banged out Relationship of Command while Ross Robinson threw trash cans and drove fast or whatever. It worked though, that album is nearly all bangers, in spite of the questionable Iggy Pop yelping and slow lurch in the back half. It’s a powerful enough statement that even as they tour in preparation of their new record 95% of the set is from the album that broke them.

On that tour, founding guitarist Jim Ward left and many assumed he took the heart of the band with him. But Keeley Davis quickly stepped in to fill the void and there was no one better prepared to fill Jim’s shoes. Keeley had played with him in his post-ATDI band Sparta and was an emo-hardcore veteran himself with the highly respected Engine Down and severely underloved Glös and others. On the new songs, and on tour, it was obvious that Keeley was no scab, but a player with the love for this group that Jim could no longer sustain.

The day came for IN•TER A•LI•A to drop and, as with Freedom, the general reception was positive with a dollop of wistfulness. Where were the wild experiments in sound production, the genre blending, the sense of abandon in the vocals? Which is to say, why wasn’t this Relationship of Command: Part 2? Omar and Cedric’s post-ATDI band The Mars Volta was the natural extension of those desires and that band did more than its share to fulfill them, but At The Drive-In is more than the Omar and Cedric show. 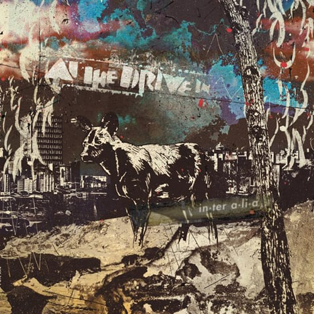 Instead, IN•TER A•LI•A looked to ATDI’s past while still allowing for dalliances such as tape-manipulated interludes, increased vocal control and blending of yelps and singing from Cedric and a guitar tone that walks the tightrope between aurally offensive and thrillingly original. There’s the pocketed rhythm section with the swing of In/Casino/Out, the drive of Acrobatic Tenement, but more focused than either. The maracas and the guest vocals and the dirges were distractions, IN•TER A•LI•A is precise and taut and the most consistent of ATDI’s work. It starts and ends at full speed and if you don’t hear the boiled down broth of everything this band has been about throughout their career, then perhaps you were only in it for the “One Armed Scissor” after all.

Both Refused and At The Drive-In could have spent the rest of their days counting royalty nickels as their legends did the work for them. It’s arguable that the continuation of either band was not necessary, that they left behind near-perfect records and that’s more than most are capable of. Both reunited anyways, letting those members who were disinterested walk away to be replaced by comrades down with the plan of pushing beyond where they ended up rather than merely try to replicate their past success. It honestly feels like both bands are playing for the same reasons they were when they were all teenagers, thrashing around the basements of the world, crawling on pipes and ripping off James Brown’s best moves. These final albums alchemize their musical and mental growth, along with a lifetime of influences and knowledge, into a purer gold than before. They’ve surpassed their own heroes as well as their own legends, though I wouldn’t be surprised if it takes a few more years for the world to catch up again.

At the Drive In, Refused, Reunion

The Lifelong Labor of a Working Musician
Previous Post