In high school, much of your reputation rides on the groups you choose to associate yourself with. It says a lot about who I am as a person, then, that I spent lunch hours playing Magic: The Gathering with a small group of friends rather than in the cafeteria mingling with the rest of the “cool” population. Looking back on it, those lunch periods are probably responsible for a wide swath of my most cherished memories of the four years spent at that school.

To this day, Magic holds a special, and permanent, place in my heart. However, as I grew older, my priorities changed. I gained bills, a family, a mortgage. This was problematic because, as anyone who has played Magic will tell you, the hobby ain’t cheap. New sets of cards release every three months or so, and along with them come fat packs, booster boxes, foils, mythics, dice and a bevy of other accessories to sink your hard-earned cash into. It was a hard day of growth for me personally when I realized that, in the greater scheme of things, Magic cards rank pretty low on the totem pole of adult priorities. 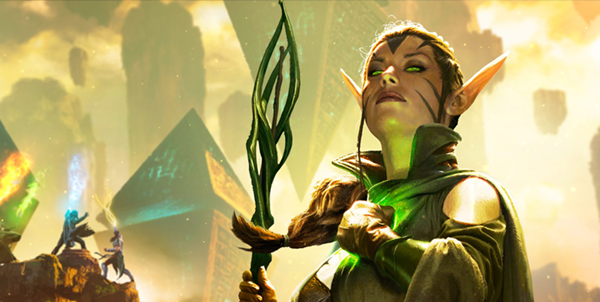 Enter the deckbuilder, a genre of tabletop game that aims to replicate the feeling of trading card games like Magic, Yu-Gi-Oh!, and Pokémon. Rather than building a deck out of separately-sold booster packs of 10-15 cards, however, everything you need to be competitive is included in the box. The most prominent example of a deckbuilder is 2008’s Dominion, a game that has spawned a huge following and myriad expansions.

In deckbuilders like Dominion, physically building your deck is the crux of the game. This is in contrast to most TCGs, where you build your deck in your spare time and take the completed result to the table to face off with an opponent. Aside from making an actual game out of the construction process, deckbuilders bill themselves as a cheaper alternative to TCGs thanks to the lower cost of entry relative to the endless cycles of cards from Magic or Pokémon.

Imagine my excitement when I stumbled across deckbuilders, something a lapsed Magic player could really sink their teeth into. Now, imagine my disappointment when I learned that I don’t care for deckbuilders at all. 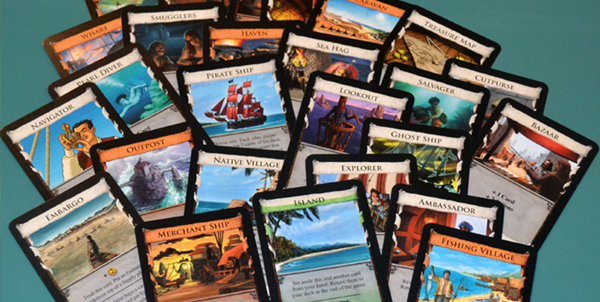 On paper, deckbuilders are a fantastic stand-in for TCGs. Like communism, however, they falter in execution. Dominion, at its basic level, is bland with cards that feel dull and uninspired. You can build a mine, hire a moneylender, or visit a market, but when it comes down to it all the cards perform slight variations of the same basic functions. There is also very little interaction with your opponent, and it all feels like a slow race to buy up the most victory point cards. I’ve been told that the game gets more exciting with subsequent expansions, like Dark Ages and Intrigue, but the whole reason I gave the genre a shot was to avoid spending that kind of cash.

I’ve tried other deckbuilders like Ascension, but they all fall victim to the same dull, repetitive cycle of “buy money cards, buy victory point cards, repeat.” The one exception that I feel is worth the time is Star Realms, a compact two-player game that does a surprisingly good job of emulating spaceship battles and the feel of competitive TCGs. As an added bonus, it’s very inexpensive.

Deckbuilders held such promise for me, a promise to emulate those high school duels I so cherish, but they ultimately fall flat. I’ll have to look elsewhere for my frugal, nostalgia-driven fix.

The Difference Between Roulette Games