John Wick: Chapter 2 is a bloated, dull neon carcass of a movie. It’s a film built on the distant memory of a tight, precise predecessor that wastes all of its goodwill in short measure. John Wick 2 is blatantly average, unclear in its motivations or executions, and despite a few moments of white hot aesthetic, remains just slightly above another installment in the Taken franchise.

John Wick was a surprise, a clean and clear action movie with a decent amount of world-building delivered from interesting characters, featuring a return to form by an earnest and believable Keanu Reeves. Its sequel reads as though a producer pulled what people liked about the original (actually seeing the reloading on the guns, Ian McShane, the world behind the Continental, dogs) and just decided to Supersize those things for the follow-up. There’s two assassin hotels now, what feels like twice the loading on every gun in sight, twice the villains, and an even a larger dog. Did you like the world-building in the first? Prepare to choke on it as the plot for John Wick 2 is bizarrely riddled with assassination politics. The world is suddenly filled with rules and Ian McShane tisking disappointedly from the corner whenever someone breaks one. 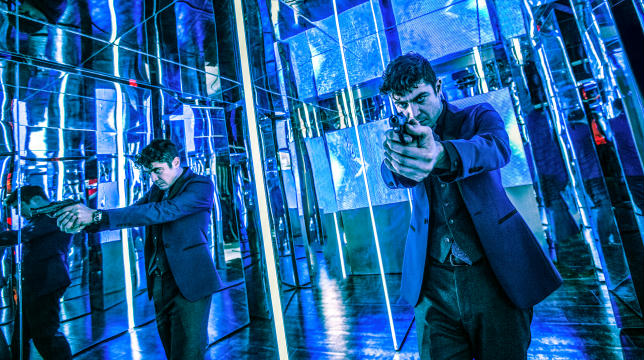 John Wick 2 begins basically where the first film ended. After an unclear amount of time has passed, Wick goes to retrieve his car from the brother of the mob boss he offed at the conclusion of the first film. As you would imagine, this does involve destroying the car he went to retrieve before negotiating for peace. Then the movie moves on, introduces a spindly Italian man from Wick’s past who’s doing his best discount Javier Bardem but doesn’t quite have the teeth for it. Why are we supposed to fear this man? Is he an assassin? People later take John Wick to task, with the fervor of trying to punish a particularly adorable puppy, about being in the Italian’s debt. But it’s all a matter of tell, not show. We don’t really see him being dangerous. He levels a grenade launcher and is very wealthy but neither one of those establishes him as a risk, especially since he sics his grenades on a near empty house. He is the first in a long line of poorly established characters with unclear intent. He is also our primary villain.

We are told that Gianna D’Antonio (a plot device of an assassination target) is impossible to kill! But we aren’t shown that her death was even slightly difficult to stage. We’re given the impression that Ruby Rose’s character is supposed to be a big boss battle, but only because she’s shown frequently. Until her fight sequence, which feels added in cause Ruby Rose looks cool and the set was too sweet not to have a mini-boss before the final boss, it’s unclear exactly what her capabilities are. And is she deaf? Mute? The movie doesn’t even seem to know. 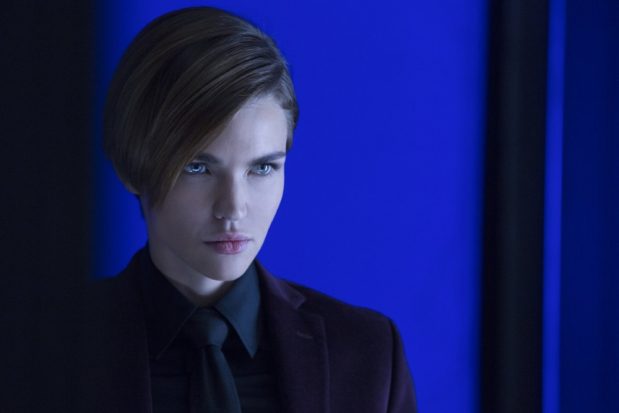 The movie becomes muddled and navel-gazey in its own mythology, thinking that the best way to tell a story is to start somewhere near the end rather than laying down any foundation for the information being delivered. Who are the High Table and why do they matter? Wick’s motivations in the first were clear: he lost his wife recently and in the early moments of the movie, an asshole kid further takes his dog and his car. He seeks retribution. John Wick 2 takes this clean plot and makes it about murder and markers and “excommunicado” and High Tables and just so much junk it should have been a fantasy book on tape at a truck stop rather than a multi-million dollar movie.

John Wick 2 should have been a lean 90 minutes, cutting down the video game levels of pointless murder and destruction that Wick leaves in his wake like he is a horsemen of the apocalypse. Watching John Wick 2 felt less like watching a movie and more like watching a particularly brutal playthrough of Hitman where there’s a preselected amount of kill moves that your character has so you’re just watching over and over as Wick shoots out the kneecaps and then the heads of every man that crosses his path. The action drags its belly dumbly along the gutter, each clever reload feeling less clever than the last. The video game cheapness of the film persists when the NPC’s Wick faces off against are basically carbon copies of each other for each area that he enters. Black suits for the D’Antonio compound, white jackets for the art museum at the films climax, except for the blue jacketed men with high cut fades and beards that were basically the films heavies. All men, except Ruby Rose. All interchangeable between one shot to the next. And how convenient that, like video game characters, they all carry the same weapon and clips. In one climactic battle sequence, it seems like characters were thrown at Wick just so that he could reload. 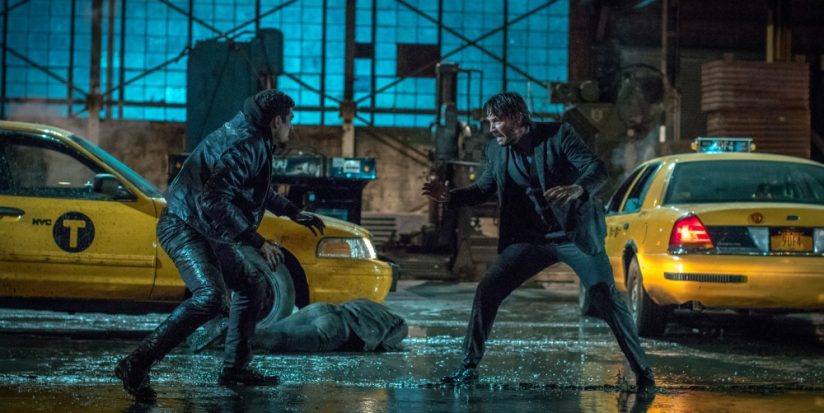 Missing from the sequel is also the candy-colored neon mania, the bright reds and blues of the club where the Iosef gets murdered, the bright golden yellow of Wick’s memories with his dog. Despite the poster, which promises Neon Demon levels of punchy color, John Wick 2 is bereft of this gaseous light. Some of the best sequences are less exercises in saturation and more in the stark white backdrops of a subway or a long windowed hallway speckled in blood. There are colorful moments that give you a glimpse into a better movie: the Reflections of the Soul exhibit where perhaps the best fight sequence of the movie happened, the Sommelier, the pink shirted tatted women of Accounts Payable, the costume designer’s penchant for a good sequins jacket. But these moments are fleeting and bookended by surprisingly dull streets or a public fountain that looked more like something from the remake of the Italian Job than a franchise that promises aesthetic with every movie poster.

John Wick 2 punishes the audience for listening to barely explained political conversations by then giving them inexorable rounds of broken elbows and blood splattered art. If Wick had been trim or even slightly more stylish, any of this could’ve been forgiven, but instead we’re gifted with 2 hours of kneecapping demigods of action and a very good dog.

The Dumb, the Rapid, and the Bloated: 14 Years of Underworld and Resident Evil

Bringing Back The Dead In Films