The hour grows late in the battle for Nepal. The enemy holds the point against a scattered band of miscreants. My team is trying to rally, but their efforts are in vain. They need a miracle. They need a leader.

So, I decide to lead. The shield of Reinhardt blazes to life as I utter the simple command: “Join me.” With seconds to go, I march into the battle with my team at my heels. Realizing my shield won’t hold, I fire a strike into the crowd and charge forth. Despite a fighting effort, I succumb to our foes’ fire. However, my team uses my sacrifice as the catalyst for a rally. We take the point and the win the game. Soon, the Overwatch chat window explodes with cheers.

I sigh slightly and reply with, “GG.” It’s not that I’m looking for praise. My ego isn’t quite that fragile just yet. No, it’s just that I can’t help but feel that it’s hard for video game tanks to get a little love.

I say this as a somewhat self-hating career tank. While other gamers hopped into titles like Skyrim and Baldur’s Gate and played fascinating character archetypes like rogues, bandits and spell-slinging wizards, I always opted for the biggest guy with the biggest weapon. In doing so, I always felt like I was missing out on something. My characters never dealt in debuffs or required a scientific skill build to be at their best. They just needed to be equipped with the shiniest weapon and the best armor. Playing the average tank often requires you to do little more than meet the enemy toe-to-toe and see if they can outlast you. 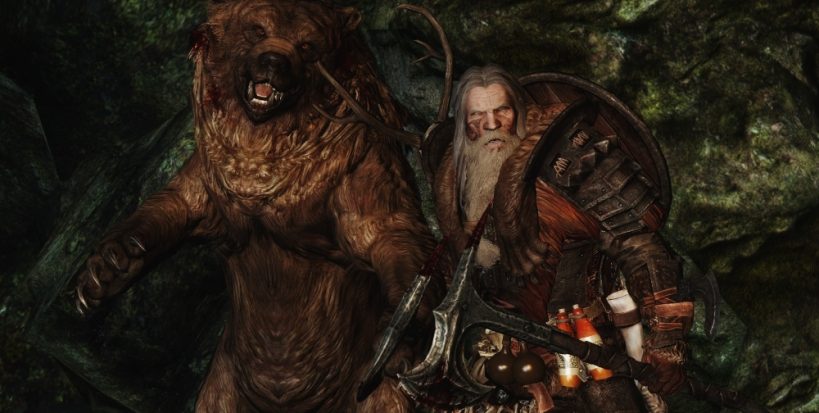 In a way, being a tank has always felt like the path of least resistance. It’s an easy way to contribute without having to develop an especially deep skill-set. That’s not exactly the truth, but it’s a feeling that’s hard to shake.

Yet, there’s a pleasure to playing tanks that goes well-beyond guilty. Tanks got their start in the role-playing genre, and they are, in many ways, the ultimate role-playing vehicle. They’re the action heroes of the video game world. Their incredible physical strength allows us to fearlessly take on the most deadly creatures ever devised. Ancient evils fall to their sharpened axes. When you play a tank, you feel unstoppable.

It wasn’t until Overwatch, though, that I appreciated what being a tank truly means. There’s nothing simple or selfish about tanks. They’re the first class in and the last class out. They eat damage when called upon to do so, and they dish it out the rest of the time. For as many times as I felt like I was missing out in other games by playing the tank, Overwatch reminded me that there just as many dastardly rogues out there wishing they could go straight into the fray, guns blazing, instead of living in the shadows.

That’s kind of the thing about these roles, though. We tend to gravitate towards the ones we truly wish to play. As for me, I am a tank.