Flavor text is a little like adding seasoning into your dishes; the right amount can bring out the best in our games, but too much of it can overwhelm the senses. While others may differ in their tolerance for flavor text—and the use of salt and sodium in their everyday lives—I generally enjoy gobbling down the walls of text that accompany inventory items or fictional in-game documents.

Originating from collectible card games and tabletop games, flavor text are the italics featured near the end of collectible cards, which distinguishes them from game-affecting text. They are mainly used to embellish the game’s setting, and usually have no effect on the gameplay or rules. The card game, Magic: The Gathering, used this to tremendous effect; by adding in a quote or just a few words about the subject, these texts are capable of breathing life to its macabre and fascinating creatures, while prompting our imaginations into overdrive.

Likewise, flavor texts in videogames add a layer of realism to the game world. One well-known use is the wealth of information about Pokémon that can be found on the Pokédex, for these paint a surreal yet ghastly picture of the Pokémon universe. For instance, it’s through the Pokédex that I discovered the sinister nature of the psychic tapir Drowzee. Not only does it enjoy feeding on dreams, it even has a preference for the sweet, luscious dreams of children. Another morbid factoid I uncovered is that Yamask, a ghost-type Pokémon, used to be human, which speaks volumes about the unfortunate reality of the afterlife in the series. A Yamask will also spend the end of days cradling its decaying human face while mourning for its lost humanity. Sweet. 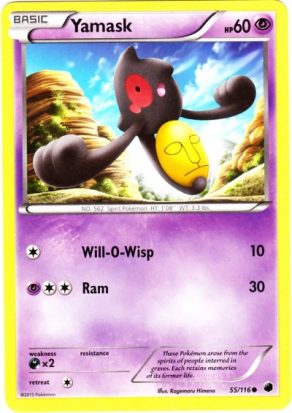 On top of whetting players’ appetite for more insights into the universe, flavor text also helps players become more emotionally invested in the game. Another example of great flavor text is the absolutely captivating series of adult novels found in the Elder Scrolls games; who could forget the adventures of the titular “The Lusty Argonian Maid”? Often asked to polish an enormous spear or knead a giant loaf of bread, these were gargantuan tasks that would take hours for the poor maiden to accomplish.

The fact that someone within the Elder Scrolls universe had a fetish for such tales is amusing, but what is more hilarious is how these books could be found across many homes. In particular, a copy of the book was among the possessions of stoic Mercer Frey, the leader of the Thieves’ Guild, as well as in the library of the Jarl of Winterhold’s home. These books were rather well-hidden, which implied that both men had taken some precaution into ensuring that no one would stumble across these books. I guffawed at this subtle but delectable detail.

Despite my appetite for such content, the cascading waves of flavor text in the indie title, Masquerada: Songs and Shadows, threaten to overpower. These have, in fact, become essential readings for players who wish to even gain a basic understanding of the game’s narrative. Characters frequently sprout sayings laden with game-specific lexicons such as, “By the Tides, the Maskrunners are the result of the unhappiness experienced by the Contadani, who rebelled against the Masquerada and the Registry. And I almost Salted.” Towards the end, playing the game without referring to the codex of words and meanings gradually becomes a nearly impossible task, as everyone starts to liberally toss in words you don’t recall the meaning of.

The thoughtful use of flavor text can mean the difference between a mediocre game and an outstanding one. But like pouring too much salt into your chips, too much flavor text can be detrimental to videogames and the players’ health. Moderation is key.