The slasher genre has been a tentpole of the horror film scene since Haloween hit theaters in 1978. While it wasn’t the first slasher movie, Halloween was the first movie to show studios the money making potential of the sub-genre.

The beauty of the slasher has always been the simplicity of their set-up. Slashers revolve around a central “monster” stalking a group of victims and killing them via increasingly violent methods.

They’re cheap, they’re established, and if you’re not trying to change the world with one, they can be made fairly quickly. The slasher movie may have reached its box-office peak in the ’80s, but to this day, we are still treated to at least one genre release.

Historically, that has not been the case for video games.

That’s not due to a lack of trying. Some of the very first horror video games were slashers. In fact, the Atari 2600 played host to adaptations of both The Texas Chainsaw Massacre and Halloween.

Part of the problem with these titles was that early games could only be so graphic. Slasher films don’t need much to function on a basic level, but they are inherently violent and sexual works. Remove those elements and…well, there’s a reason you don’t see many PG slasher movies.

The bigger issue, however, was that these games lacked the ability to be truly cinematic. Your average slasher movie isn’t high art, but even the most simplistic slasher fully utilizes inherently cinematic techniques.

They rely on music to put the audience on edge. They utilize detailed visuals to generate feelings of discomfort. They depend on cinematography to control the audience’s knowledge. You simply could not translate those qualities to static screens, bit graphics, and bleep/bloop sound design. 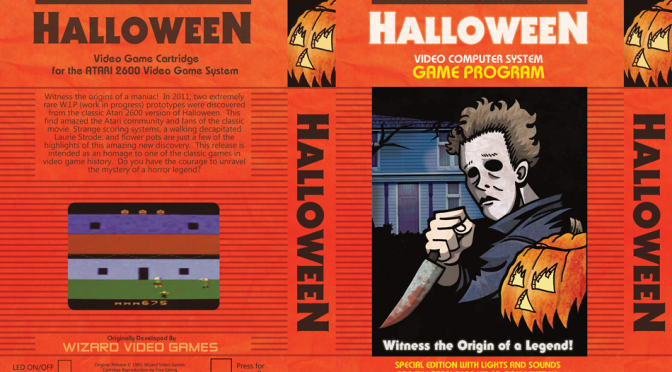 Even when gaming technology advanced, the slasher remained an afterthought. If 1995’s Clock Tower had become a bigger hit, the video game slasher would have been just as prolific as its film counterpart.

Instead, it was Resident Evil, one year that, that forever changed horror gaming. That wasn’t necessarily a bad thing, but it did mean that game designers became obsessed with the haunted house school of horror design.

In the process, the idea of a proper video game slasher was put on hold. Actually, it would remain on hold for about 20 years until 2015’s Until Dawn became a success.

It’s easy to criticize developers for not recognizing the potential of the video game slasher earlier. After all, games like Until Dawn and Dead by Daylight have become hits and only utilize basic genre elements.

That’s not really a fair viewpoint, though. It’s much more fair to say that horror gaming needed to do some maturation before reaching the slasher era. It’s rare that you get to use the word mature to describe such an exploitative style of storytelling.

Yet, it’s the only word that feels appropriate when describing how far game design has come in terms of cinematic capabilities.

With those capabilities now available, it’s time for developers to not only pay tribute to the slasher genre but to start exploring what a video game slasher can really do.

Firewatch, Portal And The Problem With Videogame Movies