One of the biggest surprises in gaming is the MOBA. Standing for Multiplayer Online Battle Arena, gamers have been introduced to quite a number of these games over the last few years. One of my favorites, and a current standout, is Blizzard’s Heroes of the Storm.

Blizzard has a reputation for content patches for all of their games. In fact, they recently patched Diablo II, which was released in the year 2000. Heroes has received quite a bit of love as well. This week marks the releases of a giant content update that brings HotS into the Starcraft II universe for a bit. A new map and new hero are being released with quite a few new mounts and skins.

Blizzard does many things well, but one thing that always stood out for me is how much care and time they put into character design. Heroes of the Storm is no different. In fact, one of the biggest standouts about the game is the risks it takes in hero design and how that can impact the way the game plays.

Xul
One of my favorite characters is Xul, the necromancer. First appearing in Diablo II, Xul can raise the dead from the corpses of the fallen. He’s a great lane pusher and looks really cool, but above all else his abilities are interesting and fun to play. He can trap opponents in a prison made of bone, which holds then roots them with a small amount of damage, and then smack them with his cursed attacks. Or summon a scythe that makes its way from your chosen point, back to you, damaging everything in its path.

If being held down, punched in the face and then scythed a bit wasn’t enough, Xul can summon a line of skeletal mages that go shithouse on anyone that gets near them and acts as a defensive wall. Timing is everything, and if that ability is well-timed, it can win the game. It might even… bring your teams hopes of victory back from the dead… I’ll show myself out.

The Lost Vikings
One of Blizzard’s first games was a puzzle game called The Lost Vikings. In this game you led a group of Vikings that were, uh, lost around and try to help them find their way home. In HotS, if you choose to play as the Vikings, you take control of all three at once! They all have their strengths, just like the original game, and can come together to perform their “ultimate” ability, which is jumping into a longboat and launching fireballs at anything that gets near.

In Heroes, the Vikings offer the advantage of being able to be in three places at once. Even if you’re not actively controlling two of the characters, they can be sitting in the bushes earning experience or acting as a scout for the rest of your team. Also, they’re pretty cute. 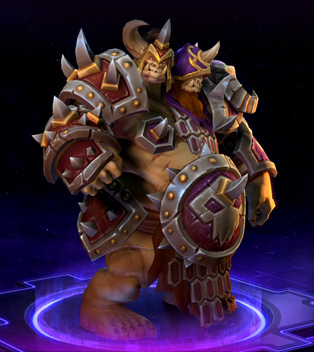 Cho’gall
World of Warcraft players may know this character from an April Fool’s joke from Blizzard many years ago. The idea was that Cho’gall is a two-headed ogre and two players would control him. Oh how we laughed. What a great joke! Then they did it. The crazy bastards went and did it. OH, THE HUMANITY! Ogremanity?

Cho’gall is one of the strangest and most interesting MOBA characters around. He has to be picked by two players during the draft phase and the players have to work in unison. One player controls his movement and a few weaker spells, while the other casts stronger abilities and can give the other player in his, er, body, a speed boost. Since both players are in one model, he has a rather enormous hit point pool. Only suggested for the closest of friends.

Get it? Closest of friends… Oh nevermind.

Abathur
This one is rather timely due to the Machines of War update, currently in the Nexus. Abathur is Kerrigan’s (The Queen of Blades and Jimmy Raynor’s on again, off again, lady love) advisor and, uh, genetic mutator for the swarm. He (I call it a he because, well, I’m not sure what it is) makes changes to the genetic makeup of your army as you play through the Zerg campaign. In Heroes, he serves another role.

Abathur is not physically strong and can be easily dispatched by most heroes. However, that’s not how he’s meant to be played. One of his main abilities is being able to attach to another hero and provide them with shields as well as firing projectiles from their body. Sort of like Cho’gall, except you don’t have to stay with that same player all the time. As an ultimate ability he can make an exact copy of one of his teammates that lasts for a short time. Got a Jimmy Raynor on your team and need a second? Abathur can make you one! Getting hammered in a fight and need help healing? Here comes a duplicate healer! 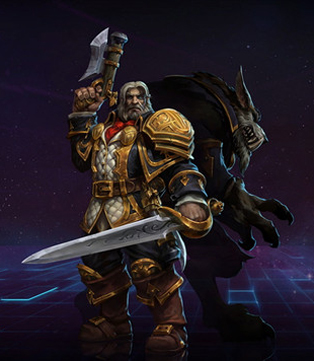 Greymane
World of Warcraft fans will recognize Greymane as a Worgen or, to everyone else, a werewolf. He and his fellow Gilneans are cursed with lycanthropy and entered the Blizzard pantheon during Cataclysm. As the Forsaken bore down on Gilneas, the cataclysm event happened and destroyed their ships, but also took a giant toll on the city and the Gilneans were forced to join the Alliance.

In HotS, Greymane has a very interesting set of abilities. In his human form, he can fire his pistol or throw explosive vials that shoot out in an arc from the first enemy they contact. Then he can transform into his wolf form and all of his abilities become melee based. His transformation mechanic allows for some satisfying ability interplay, like setting up an attack from range and then pouncing into combat to finish the job. He also looks pretty cool.

Machines of War
Blizzard has been releasing major content patches for Heroes of the Storm around the beginning of each of the games competitive seasons. This one is called Machines of War and is heavily anchored in the Starcraft Universe. With this new release comes a couple of new maps, Braxis Holdout and Warhead Junction, and two new heroes, Alarak and Zarya. Zarya, a tank from Overwatch, isn’t being released quite yet, but Alarak is out now. 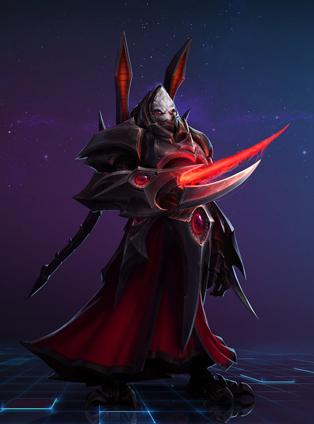 Alarak
Fans of the Starcraft II campaign, specifically the Protoss, will recognize Alarak as the Highlord of the Tal’darim. Fighting against Amon can make a man mean, and that’s kind of what happened here. He also features a really cool kit that includes telekinetic pushes, lightning attacks and discord strike, which silences as well as damages. His heroic ability choices give him either a channeled charge move that does damage to everyone he hits along his path or a counter move that cancels enemy attacks and sends damage in the form of a shockwave for any hit he would have received.

The Machines of War Bundle and You!
This season, you can buy a bundle in the Heroes of the Storm shop that has several characters, including Alarak, and the new skins for this season. It also includes a special mount you can’t get anywhere else.

The fine folks over at Blizzard have given Unwinnable four codes for this new bundle and we want to share them with you! All you have to do to enter is follow us on Twitter and Facebook, then retweet or share this story from the link you find there! We will pick two winners this Friday and two on Monday!

See you in the Nexus!

Blizzard, Contest, Heroes of the Storm, Machines of War

Massive: The End of the World…of Warcraft
Previous Post