This column is a reprint from Unwinnable Monthly #82, the Hate issue. If you like what you see, grab the magazine for less than ten dollars, or subscribe and get all future magazines for half price.

That’s a phrase I’ve heard some variation of trumpeted over and over again during this election cycle, as if an angry electorate is somehow new or different. In truth, the angry voter is as old as the Union itself. The election of 1800 was a nasty one. The Democratic-Republican candidate Thomas Jefferson was engaged in a bitter campaign against the current Federalist President, John Adams. At the time, candidates themselves did not engage in the kind of political mudslinging voters are so accustomed to seeing today. Instead, a candidate’s supporters took on the work of negative campaigning.

One pro-Adams newspaper published this scathing remark about Jefferson: “Murder, robbery, rape, adultery and incest will be openly taught and practiced, the air will be rent with the cries of the distressed, the soil will be soaked with blood, and the nation black with crimes.” Adams, whose opponents constantly ridiculed for having “great and intrinsic defects in his character,” didn’t fare much better.

The current Republican presidential nominee is not engaging in behavior too unlike the many nominees who came before him. The “politics of fear” has found a home in many an election. In 1964, the Lyndon B. Johnson campaign released the infamous “Daisy Girl” commercial that depicted a young girl in a field picking petals off a daisy as an ominous voice counted down the launch sequence to a nuclear detonation. Fear of a nuclear catastrophe was real — the country having only just recently lived through the Cuban Missile Crisis — and the LBJ campaign exploited this fear expertly. Plays to voter emotions are not new in the political theatre.

ALL EMOTIONS ARE NOT EQUAL

Emotional processing and regulation are dependent on exactly what emotion an individual is feeling. Fear registers differently than anger, which registers differently than hate. A political candidate’s appeal to fear evokes a different set of processing responses than when a candidate appeals to anger. These processing responses impact how voters obtain, sort and evaluate information. Previous scholarship on voter behavior often grouped fear and anger in the same camp because they are both negative emotions. Recent investigations into how the brain processes those emotions indicate that there is a significant difference in how the brain processes these two negative emotions.

A 2010 study in Psychological Science suggests that fear causes people to evaluate information more carefully whereas anger caused the study’s participants to rely on more generalized information (such as party loyalty). When someone is angry, they are more likely to engage in risk- taking 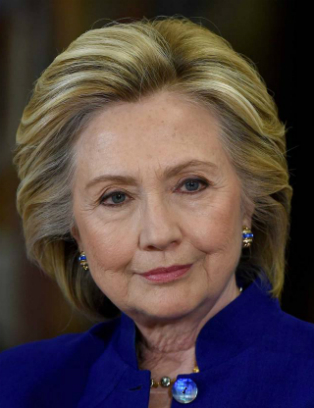 behavior. Fear has the opposite effect. While fear and anxiety (often used interchangeably) may  cause a voter to pay more attention or seek out more information, it does not mean that the voter will retain or recall this information accurately. Seeking information while in a heightened, fearful state can disrupt the brain’s ability to encode and process information. Fear, as it turns out, is a far less effective motivator when it comes to turning out voters.

Anger, on the other hand, appears to cause voters to be less concerned about the repercussions of risky political actions, such as military intervention, isolationist policies or retributive punishments. The American electorate is enraged. Angry voters are more rigid in their policy considerations and less likely to compromise. Perhaps what is so different in this election is not that voters are fearful or angry, but rather that these emotions have found a safe haven under the umbrella of hatred.

As far as emotions go, we know far less about hate — the effect hatred has on American electoral politics perhaps even less so. We don’t think of hatred as a single emotion unto itself, but rather an amalgamation of emotions like fear, anger and disgust, which lends itself to a general concept. The definition of hate has expanded over the years, but one early attempt to define it in 1954 by psychologist Gordon Allport concluded that hate is an extreme dislike or aggressive impulse directed towards a group of people. Individuals who hate perceive society as having deep inequities, which are to their disadvantage. They also perceive a scarcity of resources, which leads individuals to believe they are fighting other groups for survival. Each of these elements, along with a deep insecurity and low self-esteem, tend to be present in individuals who hate.

On August 3, the New York Times released unfiltered footage from various Donald Trump campaign rallies. The expletive-laced video includes racial, ethnic and gendered slurs along with calls for violence against Muslims, immigrants and the Democratic nominee for president, Hillary Clinton. The language 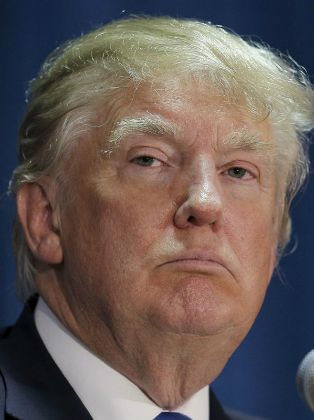 of hate appears to have found a home within the Donald Trump campaign. Those depicted in the Times footage did not fear the consequences of their disgust. In fact, they likely felt emboldened by being part of a group where they were accepted, even rewarded for engaging in what would otherwise be socially undesirable behavior.

Group identification, group belonging and social acceptance are vital components of human survival. The response the brain goes through when faced with rejection is very similar to that of physical pain. Seeking to gain acceptance from a group can cause individuals to engage in riskier behavior and adopt the social norms in operation for that particular group – even at the cost of their own personal values, a process known as deindividuation. The group’s needs and norms become more important than the self; this in turn lends a perceived cloak of anonymity to the individual. Yet this is only a fraction of the complex socio-psychological elements at play within group dynamics. Dynamics that the Trump campaign is, at best, willfully ignorant of or exploiting for his own political gain.

What is clear from statements from Trump supporters and surrogates is that he has normalized hate speech in a profound way. He has provided it a national stage along with the backing of a major political party and through this, the speech, the rhetoric of hate has found a legitimacy whose repercussions and deleterious effects will be felt long after November.

You Are What You Hate

Hell or High Water is Everything a Modern Western Should Be