This is a reprint of the letter from the editor in Unwinnable Weekly Issue Fifty-Three. You can buy Issue Fifty-Three individually now, or purchase a one-month subscription to make sure you never miss an issue!

Hear about that Gawker controversy that is currently the outrage du jour?

To what end? I have no idea. He isn’t a public figure. He isn’t a politician pushing a hypocritically anti-gay policy. The only thing that is remotely newsworthy is that the escort tried to convince the exec to leverage his brother (who was, in fact, a public political figure) to help with a nebulous housing problem.

In that case, the headline should have read “Publishing Executive Acts Ethically in the Face of Potential Blackmail.”

Gawker EIC Max Read justified the story on Twitter, saying “Given the chance, Gawker will always report on married C-suite executives of major media companies fucking around on their wives.” Except, we have no idea if the executive in question was messing around. Would it be news if his wife knew about the dalliance, chipped in, asked for him to videotape it so she could watch it later? Even if he was stepping out on her, does that impact how he performs his duties at Condé Nast in any way?

It seems Puritanical at best, Max.

In short, the story should have never seen the light of day. There isn’t even any reportage in there – Sargent got the entire story directly from the escort. There is no attempt to test his veracity. It is, essentially, a recap of a text message transcript.

Of course, the enemies of Gawker are delighted. Surely this is the final straw? Now the rest of the world will see what a stain Gawker is and the walls will come tumbling down.

The thing is, this won’t kill Gawker. It shouldn’t kill Gawker. My pal Ian Williams said earlier on Twitter, “Modern publications aren’t monoliths.” They fuck up. They run shitty stories. They run amazing stories. Publishing was bizarre, inconsistent and obtuse a decade ago when I started my job at the New York Daily News. Nowadays it is as weird as a David Lynch film. The whole internet throbs with the sub-sonic soundtrack from Eraserhead. We can’t hear it, can’t quite say what is wrong, but we feel it in the back of our skulls. 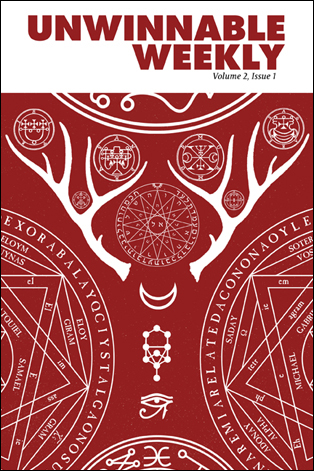 This is our grey scale media landscape – confusing, contrary, of our own making.

I reckon Ian is right. I’ll even go a step further: Do we even want publications like Gawker (or even august publications like the NY Times) to be monoliths? Does that seem like something that would serve the public’s interests? I don’t think so. But maybe I am wrong – the success of sites like Mail Online, Buzzfeed and Gawker seems to indicate that, on some level, we don’t mind being culpable in their muck-raking.

There are still consequences, of course. I reckon a very justified lawsuit (unlike, you know, that peculiar Hulk Hogan one) is on the horizon. I’d also expect to see some Gawker employees censured and maybe a public mea culpa or two. And then we’ll all move on, even the most rabid of the Gawker haters, because, don’t kid yourself, none of our attention spans are that long.

I have two rules I try to live by. The first is “Don’t be an asshole.” The second is “Always try to be better.” They aren’t easy rule to stick to, even if you’re trying.

I don’t think Gawker is trying. But I am not sure that matters.

Do you think it matters? I’d be interested to hear your thoughts. You can send them to me at stuhorvath@unwinnable.com. I’ll print them, too.

This week, our cover story is Brian Taylor’s short but thoughtful musing on Toren. Matt Marrone prepares for the Newborn of the Year by turning his apartment into a surveillance state. David Wolinsky wonders why the obituaries for Nintendo’s Satoru Iwata were so brief despite a three decade career in the industry. Finally, Daisy gets some loot in the latest installment of Gus Mastrapa’s Dungeon Crawler.

Jason McMaster launched his new podcast this week. Jason (sometimes along with me) will be chatting with game developer about what they do best: developing games. The first episode is a conversation with Derek Smart, who is the man behind Battlecruiser and Line of Defense.

I was on the Critical Distance Confab this week as well.

Finally, we sat down and assessed the state of the Kickstarter rewards this week. Expect to see the digital ones start rolling out next week and the physical ones to start shipping end of the month. We’re stoked to get them out to you.

That’s it! Have a great weekend!

Who Was Satoru Iwata?