It’s a shame that women can’t go to conventions without being harassed in this day and age. The idea of a lady going to SDCC in a Batman t-shirt to seem “cool” has been thoroughly debunked by people smarter than me, so I won’t dwell on it here. But geek culture didn’t come up with this blatantly misogynistic stereotype because it inherently hates women. Have you read anything Gail Simone’s ever written? Do you watch Tara Long’s stuff over at Revision3? Women and nerdy things combine pretty well, as it turns out.

You would think movies about social outcasts would appeal to me, a guy who spent his childhood being one. And they do, so long as they’re good. But Perks is an atrocious film. Normally the presence of irritatingly twee protagonists, an unfocused screenplay or wooden dialogue would be a serious problem for a movie to have. This one has all three. 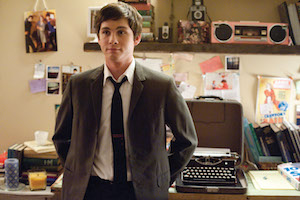 I knew something was horribly wrong when Emma Watson’s character Sam welcomed protagonist Charlie to a party with the line: “Welcome to the Island of Misfit Toys.” Out of context, that line isn’t that awful, but the delivery was so utterly self-righteous that it caused me to vomit in my own stomach. The movie had already established itself as a spectacular failure, but that line tipped me to a larger issue, bubbling just below the surface.

Put simply, The Perks of Being a Wallflower is smug about being different. Trust me, you haven’t been truly insulted by a movie until you’ve seen Ezra Miller and Emma Watson happily scream about being “below average” or heard “C’mon, let’s be psychos together” uttered by a real human with a sense of dignity. Yes, these are a handful of moments, but they’re where the fillm’s mindset is the most prominent.

In fact every aspect of the film – from the lighting, to the blocking, to the soundtrack and the line delivery – oozes the kind of self-satisfaction you’d find from a Doctor Who fan admonishing a hipster for wearing a bow tie.

When you have a movie about social outcasts that seems to dismiss “normal” people entirely, it fosters an “us versus them” mentality. You see that kind of mindset everywhere on the Internet nowadays. Hell, if you’ve been on Tumblr for any period of time, you’ve probably been a victim of that kind of groupthink at some point. Now, I’m no clinical psychologist, but I can make an educated guess: this kind of clique-y “outcast” mindset comes from a place of anger.

Nobody likes being excluded in any form. Trust someone who’s been there, all that creates is a bitter loneliness that eventually turns to anger. But eventually, somewhere down the line, feelings of aggression do have to give way to something else. It’s healthy. You most certainly can’t hide it by pretending to be inclusive, only to do the exact same thing that fostered these unhealthy feelings in the first place.

I was bullied a lot when I was younger. I liked comics, videogames and action figures. Even worse, I was good at talking about them. That’s always what really gets you shit, isn’t it? When you’re articulate about your love for unpopular things? You talk about a nerdy thing real well just once, because you assume it’s okay to be enthusiastic about something you enjoy in front of people, and then within minutes, you’re their new chew toy.

And yet, I’ve never gotten that mad about the almost sudden mainstream acceptance of geek culture. Like most bullied kids, I certainly hold some kind of grudge against my specific aggressors, but that never translated into, say, the fake geek girl hate you see everywhere nowadays. I still want people to like the things I like. I don’t want to keep all this cool stuff to myself.

Geek culture is for outcasts, they say.

“You like My Little Pony? Are you still obsessing over superheroes? Hey, is that Masterpiece Soundwave you’ve got there? We’ve got a space for you, fellow castaway!” But then, as soon as they notice that you have something that makes you easy to ostracize from this already fringe group, the narrative changes.

Oh…wait…you’re a girl? I remember when one of those made fun of me once. And now you want to come in my treehouse? Not a chance. Uh-uh. No girls allowed.”

What these people – and Perks – don’t realize is that, once you reach the real world, there are no more enemies to fight. I get it, though. Bullies grow up, and by the time you have whatever you were lacking back in high school that stopped you from standing up for yourself, there’s not a bad guy anymore. But you’ve still got all this pent-up rage, so you go looking for a fight to pick. 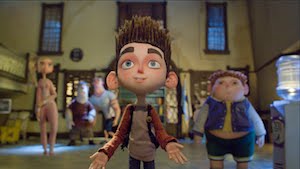 You insulate yourself with a group of people who feel the same way you do, laughing at the “normal people” from atop your throne. And when a normal person pokes their head into the space you’ve decided is yours and yours alone? You respond with nothing short of total war. The Perks of Being a Wallflower is an unintentional celebration of this ideology. It’s pro witch-hunt, where the witches are the majority.

ParaNorman is a pretty damn good flick, but the way it handled the plight of young Norman Babcock spoke to me in the same way crazy people say Perks spoke to them. I will freely admit that Norman has an edge on young Charlie, on account of his love for cheesy horror movies. (He’s also likable, but that’s a different story.)

Even though both The Perks of Being a Wallflower and ParaNorman deal with the effects of being ostracized, the thematic gulf between the two films could not be wider. The ultimate message of ParaNorman is essentially that it’s ok to be different – it’s only when you stoop to a bully’s level that you become no better than they are.

It comes down hard on the kind of people who identify with Perks’ attitude, even going so far as to say they have become what they hated and going into the psychology of the aggressor. Even though Perks wants you to believe it has a heart, the bullies shown in that movie are little more than plot devices. In ParaNorman, they’re actually human, or at least driven by human motivation. 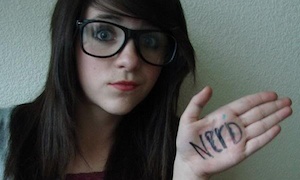 As Norman implies during his confrontation with Aggie, a little girl turned vengeful supernatural force, hatred transforms you into another person entirely. ParaNorman’s conflict is only resolved once Aggie moves on, both emotionally and literally. And the road to resolution only begins once the Puritan townspeople, Norman, and the zombies put aside their differences. Unity and forgiveness ultimately save the day.

There’s a worrying level of anger boiling just beneath the surface of Perks. It’s a movie that very subtly cloaks its rage in a veneer of acceptance, and smug bitterness. To say ParaNorman utterly crushes it would be an understatement. It’s the kind of geek who sees a hot girl in a Batman t-shirt and excitedly strikes up a conversation. If the girl says something about just getting into Batman, ParaNorman would offer some recommendations for beginners. The Perks of Being a Wallflower would just trip her without a word.

This exchange between Norman and Aggie sums it best:

“But…what about the people who hurt you? Don’t you want to make them suffer?”
“Well, yeah. But what good would that do?”