I grew up flying around Metropolis with my good buddy Superman. My parents introduced him to me when I was five. His movie was on TV and they taped it for me. I proceeded to spend all my afternoons and weekends with him, fighting crime and exploring the universe. We were always on a quest.

Sometimes it was a simple quest, a quest for justice. Someone had been wronged and we were off to right it. Our quests for truth were more complex. We had to set aside our super speed and heat vision and use our powers of deduction and logic. We had to listen to people and find the best solution. Admittedly, the quest for the American way was always the most fun, because it always pitted us against Nazi invaders and there’s nothing more fun than punching Nazis to the moon. 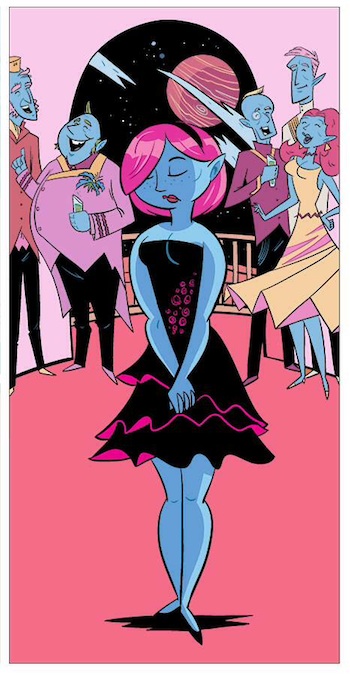 When I turned ten I moved out of Metropolis to Queens, New York where I befriended a bespectacled social outcast named Peter Parker. We hung out through high school and into college. We really clicked.  We bonded over books, redheads and a struggle to take responsibility for our actions. I don’t remember what we were doing when the TARDIS showed up, but there was something about this Doctor that made us instant allies.

I think it was the quests he was constantly finding himself on. He was on a constant quest for knowledge.  He wanted to get to the bottom of things. He wanted to see justice and fairness.

He was a defender of the little people and of children – and no matter what happened, he always managed to leave the place a little bit better than he found it. Unless you were a bad guy, then often times it sucked to be you.

Which brings me to today.

It’s time for a new quest. It’s time to figure out this power I’ve been given. It’s time to fight for the little people and leave the world a little better than I found it myself. I can’t leap over tall buildings or stick to walls, but in my mind I can travel through space and time and tell you stories that will shock, amaze, and entertain you.

That’s where Phileas Reid comes in. He’s my contribution back to the hero community. He’s the kind of hero we need, the kind of hero I’ve been looking for. Not being able to find him, I had to create him and give him his own graphic novel.

I’m self-publishing his first adventure. Phileas Reid knows we are not alone in the universe, but there’s a difference between knowing something and feeling something. He feels all alone – something he shares in common with three other people: Charlotte and her son Marshall Hughes, and a fourteen year-old runaway named Teinan Breen. Each of them are fighting to be heard, wishing they mattered and doing something about it.

This first book, Phileas Reid Knows We Are Not Alone, is an all-ages graphic novel with its sights set on action and adventure. It is a book about an alien invasion set in 1963, after all. But at its core, it’s also a book with a message: You are not alone.

Wherever you are, whoever you are, no matter what age you are, just because you feel alone doesn’t actually mean that you are. Take comfort in that. (But also know that means you have to play nice. We have to share this planet with everyone else, after all.) 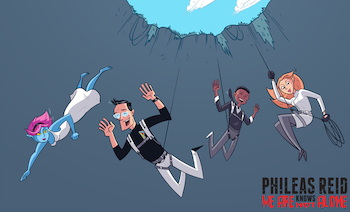 I want this man to exist because our heroes matter. Who we look up to, who we emulate, who try to be, matters. We need someone who isn’t afraid to ask questions, who can admit when he doesn’t have the answer. Someone whose motto is, “If it can be known, I want to know it.”

We need someone who’s relentless and that won’t give up who won’t just punch a problem in the face (unless it’s a Nazi, Nazis always get punched in the face).

If you agree, there’s a Kickstarter page you need to check out.