Ever since I could remember sleeping in my own bed, I can remember how hard it was to go to sleep. I was always up tossing and turning, trying desperately to pass out for the night.

After awhile, I got a TV in the room, and it eventually helped me with this problem. It took quite some time, but it did work and normally I was able to fall asleep around 3 am throughout middle school.

At this point, I didn’t care what I was watching. I had nearly memorized the Ron Popeil infomercials (and yes, I am still convinced a Showtime Rotisserie would change my life for the better). When I watched infomercials, my dreams were often as bland as the guacamole that I’d see being made in the omnipresent Magic Bullet. 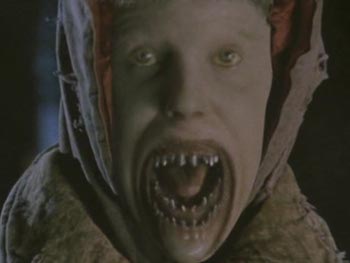 But around the summer of seventh grade I started to stay up and watch the USA network. Sometimes, this would include a racy episode of Silk Stalkings, or that Lorenzo Lamas drama where he was on a motorcycle all the time, Renegade. After these aired, there would be a bunch of crazy sci-fi movies on, and one of them, to this day still haunts me.

Screamers was a 1995 movie that had the premise that humanity’s own mutant creations of the “ultimate weapon” adapted beyond control on the small mining planet Sirius 6-B. The planet was the home of Joe Hendriksson, played by Peter Weller. The endgame for these so-called screamers was, of course, total domination – they were shapeshifters. They began imitating and eventually taking control of lesser formed creatures, working their way up to more complex lifeforms.

I’m sure that we can see where this is going, but at a mere eight and a half years, I didn’t. Joe is inevitably forced to kill his taken-over lover, Jennifer, after initially having no choice but to kill his equally afflicted daughter – following both traumas he decideds to blow up Sirius 6-B without remorse so that he can put an end to these horrors and move on once and for all.

Anyway, one of the last scenes in Screamers would haunt me forever. As Joe jettisons away from Sirius 6-B looking towards space and the unknown future, he pauses for a moment to gaze on the past a final time, looking at his daughter’s teddy bear. As he looks at his daughter’s stuffed toy, Joe begins to sadly reminisce.

Then the teddy bear starts to move. Fade to black.

I must have then had a horrible nightmare, not that I remember, because I started to be creeped out by teddy bears. (Specifically, the retro ‘60s style and some of the creepier modern ones like at Build-A-Bear.)

This isn’t a crippling fear. But I do become hyper-aware of the presence of teddy bears whenever I’m around them. Truth be told, I once had a close friend that got a job at a Build-a-Bear; there were a couple scenarios where he wanted me to meet up with him work and hang out after, but I always had to blow him off. I’m sorry Jeremy, wherever you are. 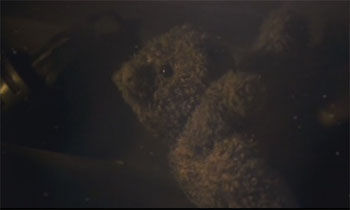 Now my fear has somehow expanded to include a number of antiquated toys, from around the ‘50s and earlier. I’m sure that this is a totally healthy reaction – no mental help is needed for this bizarre phobia. I just need to avoid all older-looking toys.

These years, thankfully, I don’t really find myself around teddy bears too often.

But whenever they get close to me, I immediately tense up. (Screamers also has a sequel, the direct-to-video Screamers: The Hunted, as well as a third allegedly in-production film that I never plan on seeing.)

Unsurprisingly, Screamers has a rating of 30 percent fresh on Rotten Tomatoes. In spite of my horrible associations with this movie, there is a part of me that wants to revisit this in hopes of overcoming my ridiculous fear.

But something tells me that’s probably not going to happen.

Not in the Face