There’s nothing quite like hearing your grandfather tell tales of times long past. My own grandfather, according to himself and my aunt, was pretty rambunctious in his younger days. He was also a fireman – and while he didn’t tell too many stories about the job, the ones he told sounded like something out of a movie. 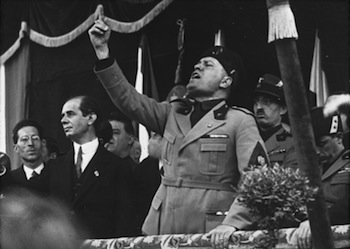 Writer Vito Delsante (Batman Adventures, FCHS), however, has a family story so intriguing that it’s going to make its premiere as a comic book at this year’s New York Comic Con. Think of New Paradigm Studios’ World War Mob as The Godfather meets Kelly’s Heroes: it’s about five New-York-hoods-turned-U.S.-Army-soldiers tasked by Charles “Lucky” Luciano (yeah, that one) to assassinate Il Duce himself, Benito Mussolini.

“The book is based on a story I was told shortly after my father died, by my grandfather,” Delsante told Unwinnable. “I remember at the time thinking it was a little… I guess, outlandish is the word, but I always had it filed away in my head as something to follow up on, and never got a chance to after he passed away two years later.”

While Mussolini’s near annihilation of the Mafia is well known and Luciano’s cooperation with the U.S. Navy is surprisingly well documented, there doesn’t seem to be much out there regarding a mob hit on Mussolini. We’ve all heard those tales from our elders – the ones that seemed too good or too big to be true – stories we wish we could have asked about more. But for Delsante, something about his grandfather’s story rang true.

“My grandfather, who was known for being a bit of a joker, was not laughing or winking when he told me, so, I guess what I’m saying is… it’s the truth as I know it,” he said.

The spring of 1945 was a tumultuous time in Italy. Mussolini was ousted for a second time and fled on April 25th. According to the official record, he was killed on April 28, 1945 and his body was hung on display at an Esso Station the following day. 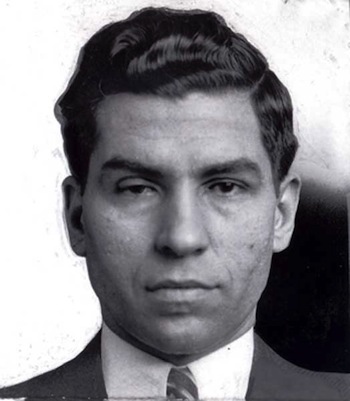 Those were chaotic days and the world was bigger then. It’s no doubt that what Mafioso remained after Mussolini’s slaughter would want to put a bullet in his head. Considering how much of their work was done in the shadows, I’m sure this isn’t the only story to fall through history’s cracks.

Delsante was kind enough to get me a sneak peek at World War Mob’s debut issue – he tells a damn good story with a lot of intrigue that meshes well with Giancarlo Caracuzzo’s (Gorilla Man, Formic Wars) art. Caracuzzo colors the book as well – it has flashbacks to 1930s New York done up in black, white and red. It gives the scenes the feel of classic cinema with just enough of a visceral sense to leave a lasting impression.

World War Mob’s present day of 1944-45 is richly colored ­– war-torn Europe is drenched in the muted hues of wartime with requisite reds. The pacing and character acting are spot on, as well. I’m looking forward to buying a copy of the book at the show. If you have any interests in WWII, you should be, too.

World War Mob # 1, featuring a cover by Mike Manomivibul, debuts as a convention exclusive at this year’s New York Comic Con, which starts today in Manhattan. You can find it at New Paradigm Studios’ booth or Delsante’s Artist Alley table (Table #E3, from Saturday on). The issue will also be available at JHU Comics’ New Paradigm event Oct. 11. It hits newsstands January 2014.