You can jump in Final Fantasy XIV now. And that’s kind of a big deal.

I checked with a friend, a bona fide Final Fantasy expert. He told me that there have been attacks called “jump” in proper Final Fantasy games, but jumping isn’t really a thing that happens much. The characters always kind of skate across the ground, never really feeling like they’re touching the dirt. Yuna in Final Fantasy X-2 could sort of clumsily jump and climb around. In Final Fantasy XIII, rather than letting you jump willy-nilly there were predesignated places where you character could vault (in a totally canned animation) from one height to another. And in Final Fantasy XIII-2, your whole party could kind of magically levitate for a half second.

I would have to go the long way around, like an elementary school student forbidden to cut across the grass.

Just in case you don’t keep up on MMO news, Square Enix is poised to re-launch Final Fantasy XIV this August. That’s after a botched launch in 2010, that was so disliked that the company wound up waiving subscription fees for months, restaffing the game and, finally, going back to the drawing board. I won’t bore you with the myriad changes they plan. There’s Wikipedia for that.

You can be sure that there was a whiteboard somewhere in Japan filled brimming with shit that had to get fixed. And somewhere on that whiteboard was the word, “jump.”

I found myself sucked into the recent beta of Final Fantasy XIV: A Realm Reborn. The game is much improved, streamlined and better imbued with the kind of open ended distraction that makes this kind of RPG feel like a second life. The game’s first version didn’t feel like that at all. When I beta tested the game way back when, the servers were sluggish and the mechanisms obtuse in the extreme. It remains hard to communicate all the many converging systems and inconveniences that conspired to make the original Final Fantasy XIV so distasteful.

I can tell you that the straw that broke the camel’s back for me was coming around an incline in the game’s starting town. I could see my goal – a kind of guild hall one level below. The shortest path between me and my goal was to just drop of the edge of my little walk way and b-line straight into the front door. But an invisible wall prevented, Tura, my scantily clad cat girl, from taking the short cut. I would have to go the long way around, like an elementary school student forbidden to cut across the grass. 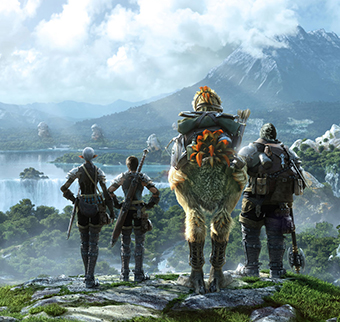 I have bent my will to the whims of a Final Fantasy MMO before. For a summer I played Final Fantasy XI – one of the more unforgiving and rigid examples of the genre. In that game, you were punished with XP loss when you died. If you were right at the cusp of a level, you could actually get demoted. The game was so rigidly designed you needed the perfect configuration of players to get anything done. And your reward for rounding up those players was that you got to sit on a beach and kill crabs for a couple of hours. My tolerance for that kind of nonsense was much higher than it is now.

After six years of World of Warcraft and the constant accommodations to convenience that Blizzard sews into that game, my expectations have become radically skewed. Long after World of Warcraft launched I revisited Final Fantasy XI on the Xbox, just to see how the game had changed. I was somewhat shocked, but not terrible surprised, that players still had to warn each other when they were switching zones, because their chat messages would be lost in the ether during that half minute of load time.

I am not sure what I expected when I installed Final Fantasy XIV: A Realm Reborn. I certainly didn’t expect, when I came to a small fence, to be able to tuck my cat girl’s legs, cannonball over the small structure, fly down an embankment and pounce right into a gang of monsters. And I certainly didn’t expect to anticipate the next round (and impending launch) of Final Fantasy XIV. It feels good to be surprised.