In the most recent of the Legend of Zelda game Skyward Sword, hardcore players noticed a startling change. Link could actually get tired in this game. So tired that he has to sit down, recoup his energy and collect his thoughts. As a human, I tend to do that too. Except when I kick back and relax, it’s normally with a beer.

Considering how lengthy Skyward Sword’s cutscenes are, there’s more than enough downtime in the game to enjoy the finer points of a well-crafted beer. So I thought I would take a moment to enjoy a drink while pairing it with Link’s surroundings. The following are my best pairing experiences, in no particular order: 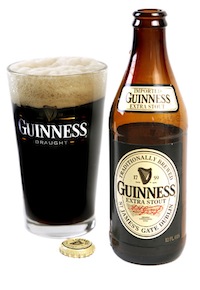 One of my favorite things about this level is the fact that you really get to explore the geography of the mountain and the mines, and the Gorons have really done something with the place. For this dungeon, I’d normally want a dark and heavy beer, like a stout or porter. My choice, the Guinness Extra Stout, which tastes a bit like a loaf of soda bread and has as many layers as the Goron’s mountain home.

This beer’s flavor unfolds as if it was a slow release capsule, starting with a rich, dark, medium-heavy mouth feel. You start to notice the palette change as it stays in your mouth – The first is a hint of sweetened milk, followed by a burnt cherry that blends perfectly before finishing on espresso notes that tidily sum up the Guinness’ richly-complex profile.

It pairs perfectly with the layers of the Goron mountain. The outside is mostly rock, with what looks to be some copper and steel, followed by an interior layer of lava, then exposed diamond. The deeper you go in the mountainside, the richer and more complex the finish of the accompanying stout – Guinness pairs well with what I feel is the darkest Legend of Zelda game.

Subrosia is a bizarre little place that looks like it is on the verge of boiling over (which it sometimes actually does). It is a world with a very unimpressive volcano, and one we haven’t seen previously in a Legend of Zelda game, populated by inhabitants that look like Mario’s Shyguys. Subrosia is another mine of sorts, and its dusky-reddish hue perfectly matches the Cascazilla Red IPA.

The Cascazilla is a very rewarding beer. It features Cascade hops, which added immensely to my experience with this pairing. The magic with this beer comes from how granular the hops are; first you get a blast of brown sugar which transforms into a coffee, followed by a rich caramel finish. There’s as much flavor variation as different kinds of ore in the mines; red, blue, gold (even star-shaped). The Game Boy Color’s limited visuals also display gritty, jagged black lines to indicate dirt, which pair extremely well with the grainy feeling inherent in the hops. Also, I just love this beer. 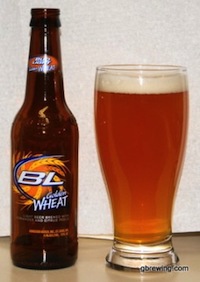 When it comes time to really think something through, the citizens of Skyloft head over to the Lumpy Pumpkin for some Pumpkin Soup. If the Wii wasn’t so family-friendly, the place would also surely house the finest Skyloftian Pumpkin-flavored brews.

Skyward Sword’s Link is much more relatable and blue collar; as such he doesn’t need the finest craft beer to enjoy themselves. When I’m in the mood, I drink a Bud Light Golden Wheat. After its wholesome, wheat-spiced body, it finishes with a bright note of orange.

This robust flavor symbolizes Link’s journey in Skyward Sword – a journey that taught me no matter how dark the tunnel of life gets, there is always a light at the end, with citrus and coriander notes waiting.

If Koholint had a default summer brew it would be a Michelada. On a nice hot day, it’s the key ingredient in the following refreshing, crisp 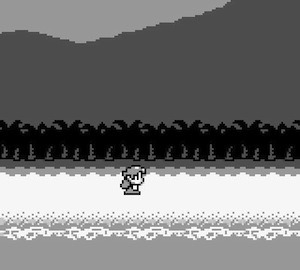 cocktail: reach for a Modelo Especial, add some Cholula hot sauce (or fresh crushed jalapenos – seranos if you’re feeling risky), a shot of reposado tequila, a hint of freshly squeezed lime and little Worcestershire sauce. Suddenly you’re right there on the beach sweating it out with Link (while Marin awkwardly confesses her love for him). In fact, the game has many awkward pauses that you can really appreciating sipping on a stronger Michelada, too. Be careful, one too many can definitely make you believe that you are in a dream.

Abita’s Purple Haze is a Raspberry Lambic of sorts that pairs nicely with the sentiment of Termina, as well as the Deku Palace – specifically in the moment when the Deku Butler talks to you about how Link reminds him of his son, probably because he embody the son’s spirit when wearing the corresponding mask. Raspberry is the flavor best associated with the dominant feeling in Majora’s Mask because everything in Termina is very bittersweet; the fruit notes start off sweet and light, then quickly become slightly sour.

For any game as profound to you as the Legend of Zelda games are for me, I absolutely recommend pondering them with a beer. Good gaming, and good drinking.

My Princess is in Another Castle – The Legend of Zelda: Skyward Sword Reviewed

The Legend of Religion in Skyward Sword
Previous Post