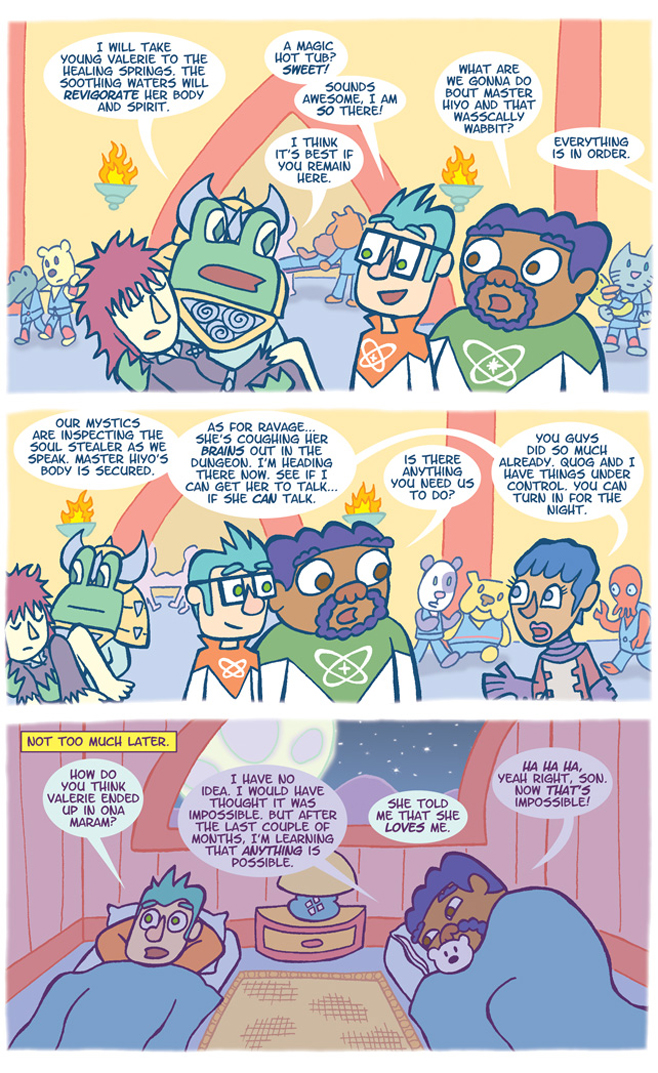 In the middle panel, behind Julida, you’ll see a special guest in the Hiyo Dojo. Yup, that’s Zoidberg from Futurama. He’s a great character from a great show.

Stax sleeps with a teddy. As a matter of fact, that little white teddy bear appears in several of my comics during bedtime scenes. He’s based on a teddy bear my wife had as a kid. I still sleep with a stuffed animal. It’s doctor-prescribed.