The streets of Stormwind ring with my sister’s laughter. To tell the truth, whenever a human female World of Warcraft avatar breaks into that jolly chuckle I think it is my little sister, Rachel. That’s because I spent years playing along side my sibling’s avatar, the Paladin Breccia. We rolled new characters and leveled up together from Goldshire to Northrend. Since we didn’t use voice chat I became accustomed  to that avatar and the sounds it made. They were an extension of my sister. Of course, playing World of Warcraft with a far-flung relation once a week isn’t quite the same thing as living down the street from them, but when you can’t have dinner, go to the movies or just hang out, killing virtual orcs with family is an acceptable stand in. 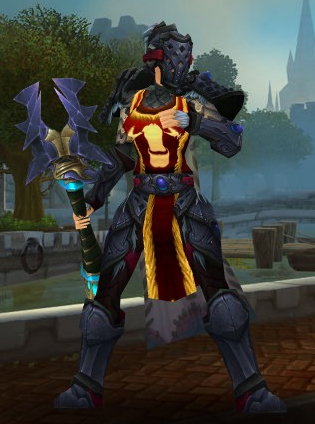 Back then my role was that of healer. I was a human priest named Anikulapo. My job in the party was to give life – to keep the tank (my sister) hale and hearty. There was a row of buttons at the bottom of my screen – each a different flavor of beneficial magic. Typically I’d pop a magical shield around Breccia just before she got into a fight. Then I’d envelop her in a green aura, slowly adding to her health over time. Then, just to make sure she was in tip top condition, I’d top off her health bar with a variety of spells that added even larger amounts of hit points to her pool. When I was doing my job right she’d be just as healthy when a fight was over than when she had begun.

As any healer will tell you this job can get boring – especially if you’re not fighting really tough monsters. It’s like filling a gas tank, driving around the block and then going back to the station only to top it off again. So I switched Anikulapo’s build to that of a Shadow Priest. I still provided healing, but my buffs were more indirect. Shadow Priests use dire vampiric magics to steal life from their enemies and bestow said health upon their allies. Rather than hover over my sister, making sure that she was in fighting form, I concerned myself with tagging bad guys with life sapping spells then zapping them with a variety of whammies until they were dead.

This kind of fighting was much more interesting for me, but it meant that Breccia (and anybody else in my party) weren’t quite as cared for as they once were. We’d all take damage from enemies, but my slow, steady supply of stolen life would keep us standing. These fights were much more precarious – often our health bars would drop down to a quarter capacity. If things got particularly hairy I could always stop zapping bad guys, transform back to the good guy kind of Priest and cast a healing spell, bu 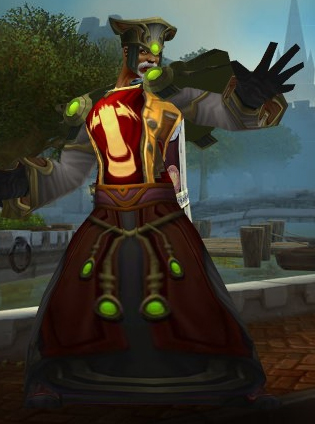 t I preferred to stay in the fight, even if that meant courting danger. The truth is that this kind of fighting was more efficient. We cut through bad guys faster by walking this line – even if meant seeing Breccia fall once in a while. Luckily, I had a spell for that too.

It has been a while since Breccia and Anikulapo have seen action. Those characters fell into a kind of retirement when our group morphed into a five-man configuration. Now my sister and I both play hunters. Despite spending the past several years in the company of Nahkla, her Night Elf Hunter, a human woman’s laughter in the game still makes me think of her.

The last time I saw my sister she didn’t have a lot to laugh about – trouble at home has upended her life and that of her children. Ongoing, unsolved difficulties with her health have left her exhausted, sometimes unable to accomplish even the simplest things. Rachel’s ambitions to study space and forge science that will aid exploration have been sidelined. Now her primary concerns are getting better and making a good life for her children. Though those kids are a joy, I fear that Rachel doesn’t have much to laugh about any longer. The last time I visited, I remember her laughing overlong at a joke – something that was worth just a chuckle – but she howled, as if desperate to find mirth in anything she could.

It pains me that all I can do for my sister is visit.  I can call her on the phone and meet up to play World of Warcraft. I can provide moral support, but when it comes down to it I am utterly powerless to fix my sister’s problems. I can’t mend my sister’s relationships or cure her ailments. There’s no button I can press or spell I can cast that will shield her from harm or blanket her in healing light. That makes me feel more powerless than it really ought to.