We’re all doomed. Since the first outbreak in 2001, over 400 million people have been infected with the iPlague and that’s steadily growing each year. The first symptoms come on gradually. It all starts with a light tingle – a twitchiness, if you will – at the mere mention of any portable electronic device adorned with a tiny fruity logo. Soon it progresses to salivation, followed by an uncontrollable desire to open your wallet and blindly hurl its contents at anyone resembling Steve Jobs. 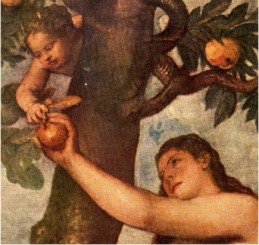 In the advanced stages, this terrible disease spurs its victims into an annual zombie-like march to the nearest electronics outlet to empty their bank accounts in exchange for a shiny new iThingy that does pretty much exactly what last year’s shiny new iThingy did, only a little better.

The sad thing is this fiction isn’t far removed from reality. I’ll admit, you don’t have to be a tech junkie to grasp the allure of Apple’s absurdly successful iOS device line. These little things are versatile. You can use them to play games, send e-mail, write novels, work remotely, talk to your friends, send videos, read books, learn how to cook, listen to music, make music, take pictures of your pals doing stupid things and oh SO much more.

But the asinine rate that Apple churns out new iThingies is wasteful, mind-boggling and downright insidious. Yet we still line up like sheep, braying for the latest iGadget like it was our only meal of the year. “Oooh! Ooooh! This one is bigger. That one is smaller. This one is brighter. This one is sharper. This one has a built-in function to measure the tears of sad pandas dying in the cold lonely panda forests.” Or something. Every. Damn. Year.

This iThingy has a built-in function to measure the tears of sad pandas dying in the cold lonely panda forests.

Most people can’t afford to keep dropping $499 or more each year for yet another iGizmo that only offers subtle differences from one iteration to the next, but there are those who do. Why? Well, because Apple does a tremendous job of making us feel behind the curve. The moment you get a spanking new iThingy, you know that your much-beloved device is going to be outdated – and let’s not beat around any bushes: pretty damn worthless – within a year or two when Apple and app developers drop support for your current model. Take a moment to consider what it would be like if the traditional game console makers followed this exact same system. It would be the tech-pocalypse.

I love my shiny little iDoodads just like the next person (it’s true: perhaps a little too much), but it’s hard not to roll my eyes every year when Apple trots out its next latest and greatest must-have piece of hot sexy tech. I throw up in my mouth a little bit over the how the masses and the media swoon with lust, practically tripping over one another to crow the blissful joys each “new” iPhone, iPad, or iPod whoozlewatsits will usher in. Sure, they’re different to an extent – yet so painfully the same.

Apple, it’s time to slow down. I’m not drinking the iKool-Aid anymore – at least not until you have something meatier to offer.


Nathan Meunier is a freelance nerd. He pens geek, tech and gaming-related articles for the likes of IGN, GameSpot, Polygon, OXM, and way too many more places to try to remember. Scope out his musings, freelance advice, and beer-addled ramblings at www.nathanmeunier.com and follow him on Twitter @nmeunier.

No More “One More Thing” – Steve Jobs Passes Away

The iPhone 4S Revealed – Is It A Big Deal?
Previous Post