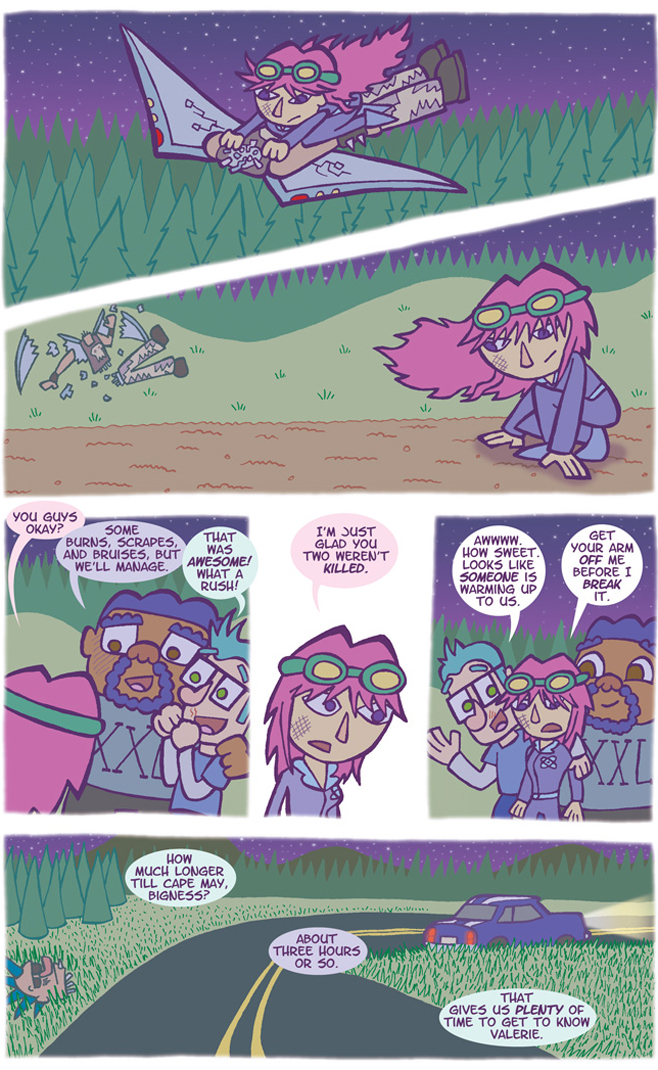 When finishing off this page, I noticed the script had been saying that the gang is heading to Cape Cod to see Dr. Finkus. Well, they’re not. That’s the wrong Cape. It’s Cape May, New Jersey, where Finkus conducts his scientific studies. I don’t know what caused this brain fart. I always intended it to be Cape May; I’ve been there a few times and it’s beautiful (I’m sure Cape Cod is swell as well). So I had to go back and edit the type on the older pages. That is one benefit of posting your comic work online. You can pick up mistakes like this, or your readers can pick them up as well.

That last panel makes me think about what happens to CyPunk. Yeah, he’s terminated. But his body is just left in the backwoods somewhere, and his head is on the side of the road. I remember when I was drawing it, I thought it would be cool if a group of kids found it. I came up with a whole side story that just may appear in a future Flabbergast story. See that? Sometimes comics write themselves!