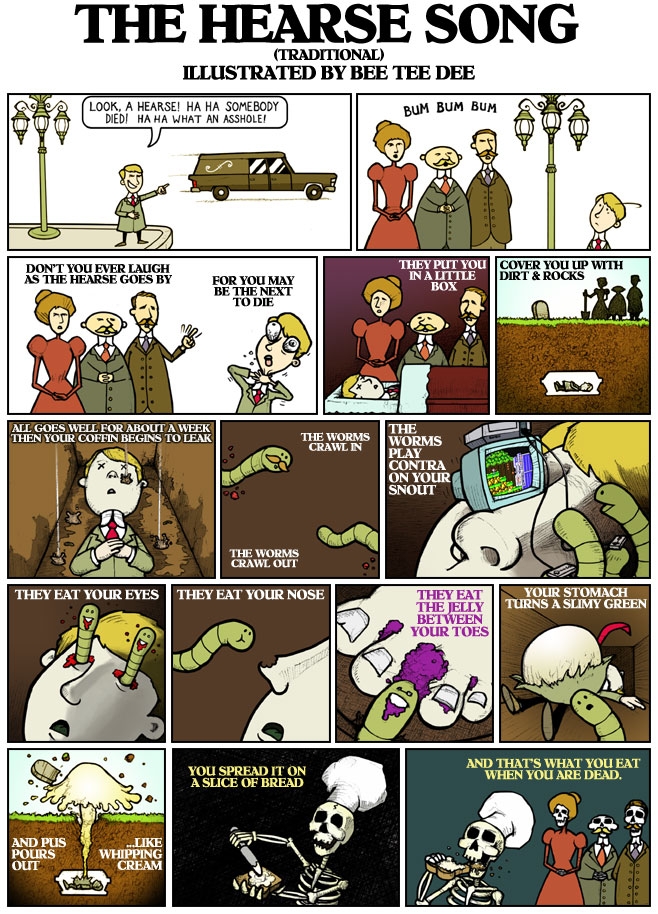 Bee Tee Dee says: I’ve always thought that “The Hearse Song” is pretty hilarious. As a kid, I was always impressed by how harsh that opening line is! Has anyone ever actually laughed at the sight of a hearse rolling by? Apparently, this song was concocted by American soldiers during WWI, and I suppose people were a lot less sensitive back then, so who knows?

Apparently, there are a couple of dozen different versions of the lyrics, but this is the one I used to sing on the playground with my friends. If I’m not mistaken, this is also the version that appeared in Alvin Schwartz’s Scary Stories to Tell in the Dark. Did you know that the Scary Stories series topped the American Library Association’s list of frequently challenged books for the entirety of the ’90s? I can’t imagine why! It’s important for children to confront the realities of death and learn what their postmortem diet will consist of.

A Day in the Life of Batman: Arkham City Reviewed